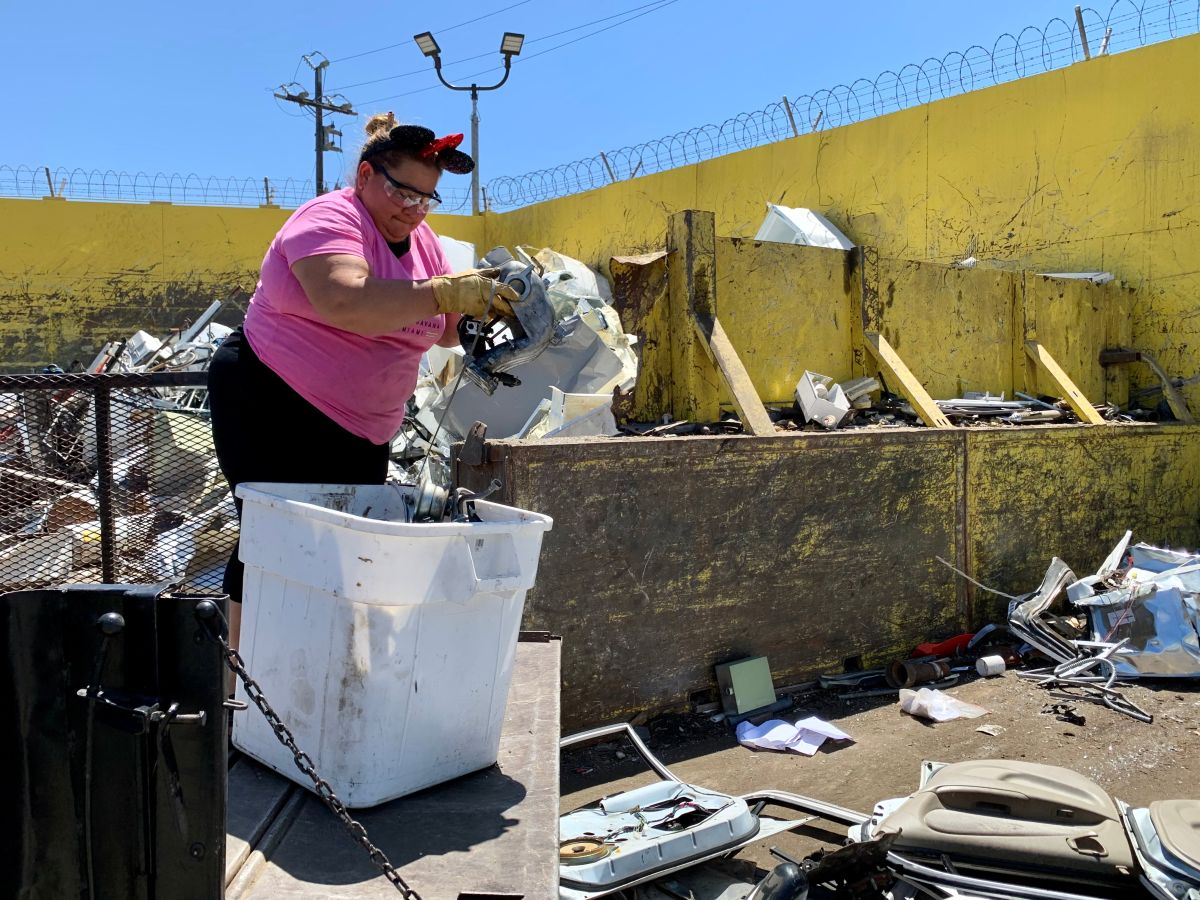 Starting April 1, Errol H. Segal, owner of a recycling company in South Los Angeles, launched a program to give away $20 gas vouchers for every 3,000 pounds of junk, trash, tin, cardboard and newspaper take you to your business.

“Most of my clients are Latino, a few African American. I felt really bad about the high gas prices that are going up every day, so I said, I want to give you a $20 gas voucher for every 3,000 pounds of recyclables that you bring into my business, and those that you keep receipts for.”, said Errol H.Segal, owner of the company Active Recycling Co, Inc.

“So my clients are happy and they can’t believe it,” he said.

That is the case of Ana Daisy Acevedo, a single mother from El Salvador, who collects metal every day to recycle it, and says that gasoline vouchers have been a great help, now that fuel is very expensive.

“I am already benefiting from the vouchers. I have won several”, says this active mother of 4 children and grandmother of 5 grandchildren, who for years has been collecting metal and taking it to recycling.

“I go to houses in Santa Monica, Brentwood and Marina del Rey to collect the metal. Sometimes I find it lying on the street”, she comments.

And he clarifies that the gasoline vouchers are in addition to the payment he receives for the material he recycles. “In a month, I can earn $2,000 just from recycling. I do this in the afternoons, since in the mornings I take care of a grandmother”.

Segal says it started the gas voucher program for its customers on April 1, and it will run indefinitely.

“People need this support with gas prices so high. And it’s good for my business, for customers and workers because we’re all going to have a job in times of recession.”

He explains that most people who recycle do so for extra money. “They clean garages, and they bring the garbage to be recycled. It’s amazing how this gas card program has worked,” says Segal.

And adds that Since the program began on April 1, they have handed out around 1,000 gas vouchers for $20. each.

“There are people who receive vouchers every third day.”

He states that he decided to launch this gas voucher promotion because it helps him keep his business running. “In difficult times, if my customers can’t pay for gas, I’d be out of business because they need a vehicle to get around and collect recyclables,” says Segal, who 48 years ago opened his recycling company, the largest in Los Angeles, he says.

He emphasizes that it is very important for the Latino community to know that they can get free gas vouchers every time they manage to collect 3,000 pounds of scrap, tin, cardboard, newspaper and transport garbage, because Latinos are the ones who recycle the most in Los Angeles.

“To win them, customers must have the receipts, belong to the same customer and their vehicle, the same license plate number.”

It specifies that all customers who do not have business accounts can receive free $20 gas cards, in addition to the normal payment for their recyclables. They also get $20 cards when they litter.

Clarifies that rental and commercial vehicles as well as trailer trucks are exempt from gasoline cards.

Segal reminds that recycling is a must, considering that landfills are becoming overcrowded, while illegal dumping on the street is out of control in the city and county of Los Angeles.