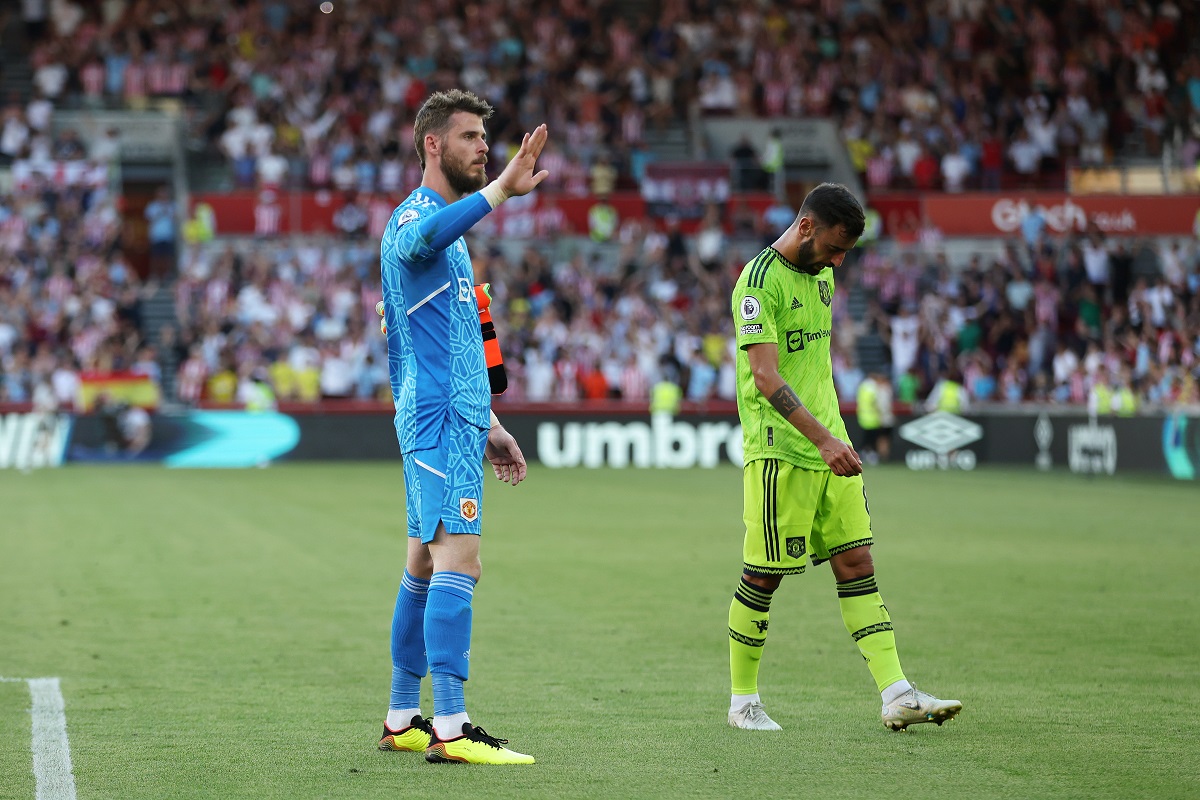 Manchester United has two defeats in two presentations for the start of the 2022/2023 season of the Premier League and this Saturday he was beaten by the modest Brentford with a score of 4 goals for 0, including two important errors by his goalkeeper David De Gea to contribute to the disaster.

They were only running the first 10 minutes, when Cristiano Ronaldo got tangled up at the start and lost it against a rival. Josh Taylor was far away, but faith was had and he took a low shot and without much power that ended in a goal, due to goalkeeper De Gea’s error that he did not put his hands steady and the shot slipped under his arms.

As the first error was not enough, De Gea returned to his adventures and came out playing with Christian Eriksen in the middle and with pressure on the mark. The Danish got up early and Mathias Jensen defined the 2-0 at minute 18 to everyone’s surprise.

This time not even Cristiano Ronaldo could save them. The Portuguese started, played the 90 minutes and finished as the best player of the Red Devils in an afternoon to forget. According to SofaScore, CR7 had six shots (2 on target), made three key passes, won 4 of 10 duels and had a 96% passing rate.

The other two goals for the locals were the work of Ben Mee at 30 ‘and the win was closed early by Bryan Mbeumo.

Next week Manchester United will host Liverpool FC at Old Trafford for a new edition of the England Classic. And the Devils Reds arrive at the worst possible moment, since they are last with zero points and -5 in the goal differential.

You might also be interested in:
– Manchester United and Cristiano Ronaldo star in another ridiculous: historic beating against Brentford [Video]
– Riqui Puig, new star of the LA Galaxy: “MLS will be one of the best leagues in the world”
– Without Argentines: five South Americans were nominated for the 2022 Ballon d’Or