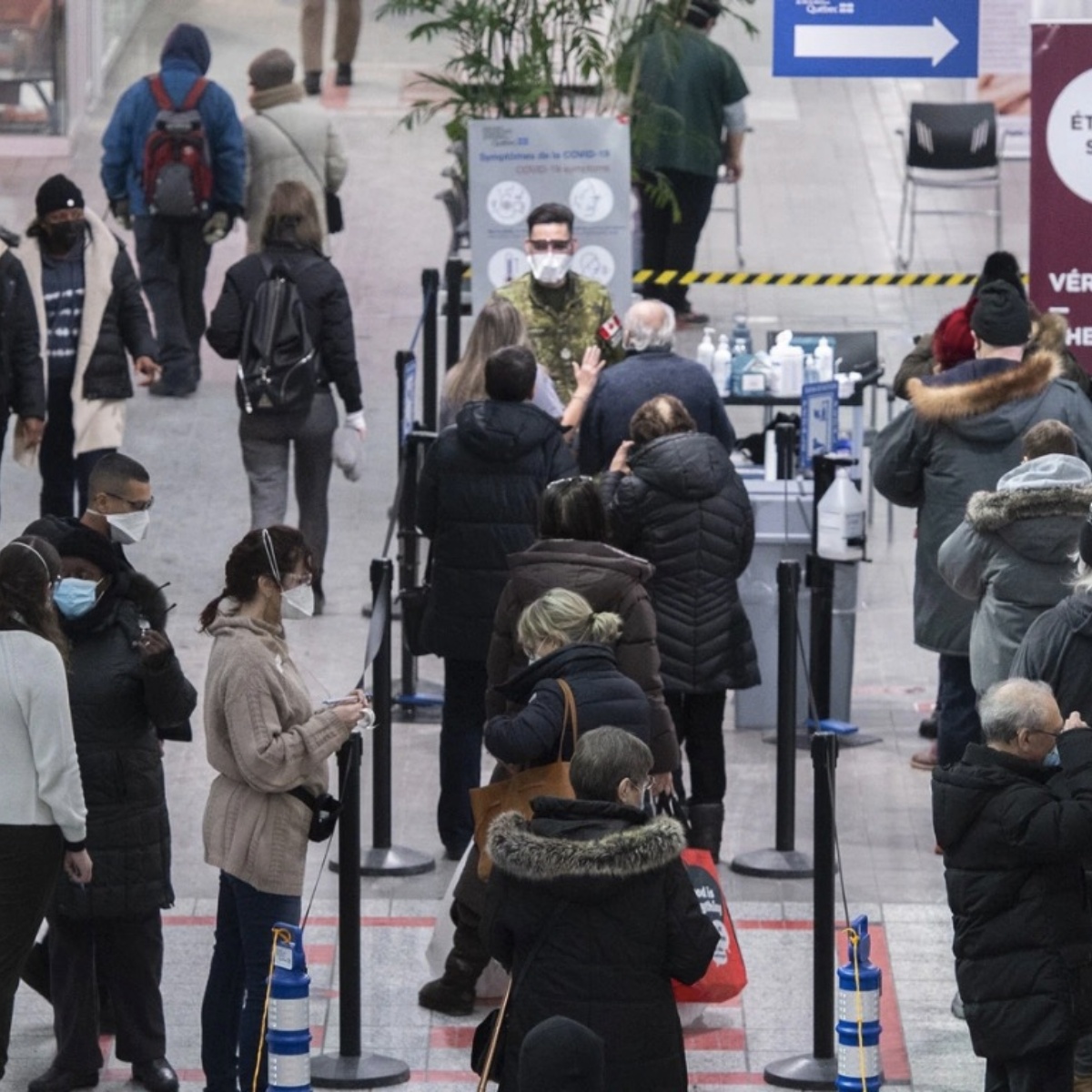 One day after quebec announced that it would financially penalize residents who are not vaccinated, the province’s health minister said Wednesday that appointments for the first time increased in the hours after the announcement in Canada.

“It is encouraging!” Quebec Health Minister Christian Dube tweeted, indicating that Tuesday’s first-dose appointments were the highest in several days.

The penalty for the unvaccinated would not apply to those with a medical exemption and no details have been announced, although authorities said the amount to be levied would be “significant.”

The Quebec government says that while nearly 90% of eligible Quebecers have received at least one dose of a flu vaccine COVID-19, the unvaccinated remain a burden on the province’s public health system.

At a COVID-19 briefing on Wednesday, Canadian Prime Minister, Justin Trudeau, he said he would not weigh in on whether Quebec’s financial penalty for the unvaccinated was good policy, saying he needed to see more details.

“And for people who continue to doubt or choose not to get vaccinated, they are losing privileges to do certain things, whether it’s getting on a train or an airplane, whether it’s traveling internationally, whether it’s going ahead with a job in public service,” he said. Trudeau at a press conference Wednesday, acknowledging that there is ongoing debate about how best to incentivize the unvaccinated.

Last week, Quebec, where nearly a quarter of all Canadians live, announced that residents would have to get vaccinated to buy alcohol or cannabis.

Proof of vaccination is also required to eat out at restaurants, go to the gym, or attend sporting events.

The Minister of Health of Canada, Jean-Yves Duclos, added that although the new sanction in quebec could not violate Canada’s health laws, vaccination is the way out of the pandemic and mandates have been a useful tool in Canada.

Public health officials say the vast majority of patients in Quebec hospitals remain unvaccinated. Authorities have not said how many hospitalized covid patients are not vaccinated.

In AmericanPost.News we will follow the latest news from Canada as it imposed a curfew in Quebec to curb contagion.