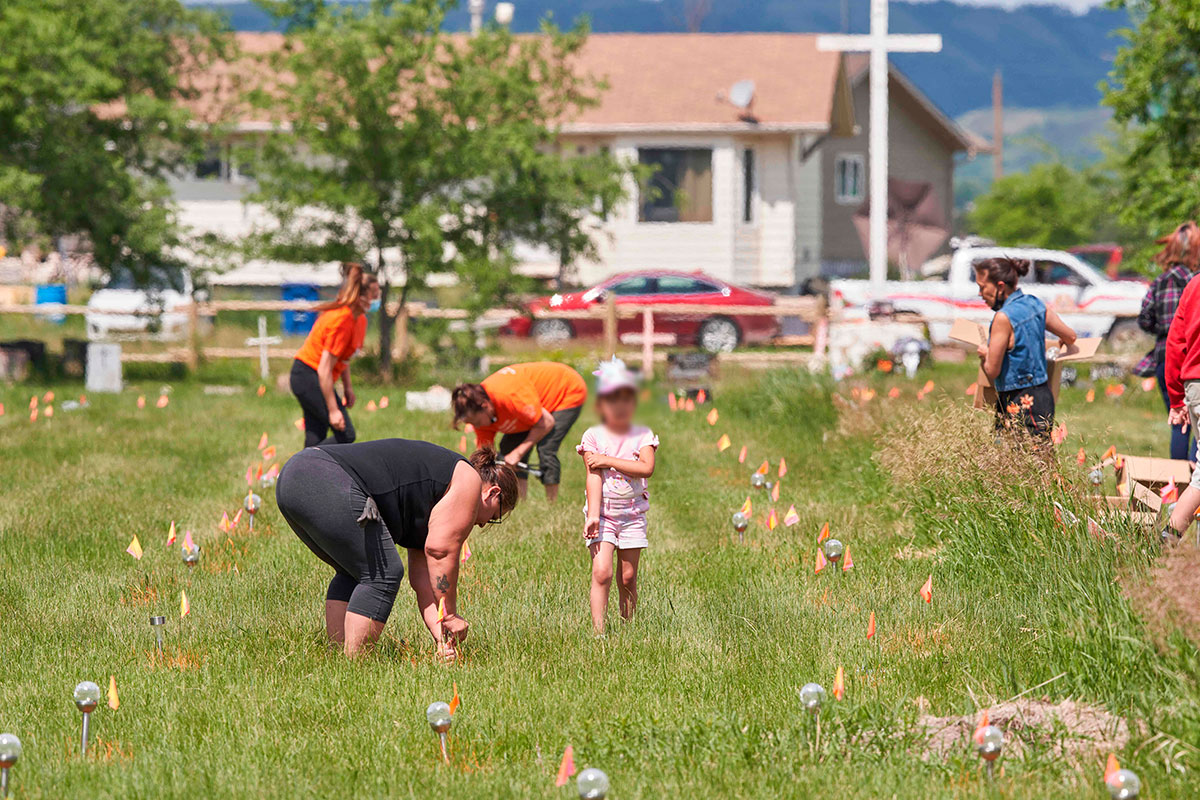 The Canadian government announced that it will spend 321 million Canadian dollars (256 million US dollars) on searching for graves in former school residences, and other services, after the discovery in recent months of hundreds of unidentified burials.

The Executive also said that the Minister of Justice, David Lametti, will appoint a “special interlocutor” to work with the country’s indigenous groups and propose legislative and practical changes related to the unidentified graves of the school residences.

The announcement comes amid mounting speculation that Canadian Prime Minister Justin Trudeau will call a general election in the coming weeks.

Trudeau has come under fire for his government’s actions since in May of this year the Tk’emlúps te secwépemc, an indigenous group from the province of British Columbia, in western Canada, announced the discovery of the remains of 215 people on the grounds of a former school residence.

Since then, other indigenous groups have made similar discoveries bringing to about 1,275 unidentified graves found in former government boarding schools.

Part of the money pledged today will go to build a monument in Ottawa to remember indigenous children who died in school residences, government boarding schools that were run by religious orders and operated for a century. The last school residence closed its doors in 1997.

Canada will also fund mental and emotional health services to help indigenous communities recover from the trauma caused by the school residences.

The school residence system was designed by the Canadian authorities to assimilate the indigenous population of Canada.

It is estimated that during the years that they functioned, some 150,000 children, 30% of the child population, were forcibly interned in school residences, where they systematically suffered physical, psychological and sexual abuse.

In 2015, the report of the Truth and Reconciliation Commission of Canada, created in 2008 to investigate the school residence system, concluded that the North American country used boarding schools as a tool to commit a “cultural genocide” against the country’s indigenous population.

The Commission also concluded that one in every fifty children sent to school residences died in institutions, about 3,200 children. But some researchers point out that the figure is very conservative, raising the figure to between 5,000 and 6,000 children.

Continue Reading: Mexico claims to comply with the T-MEC after resolving the first US labor complaint.