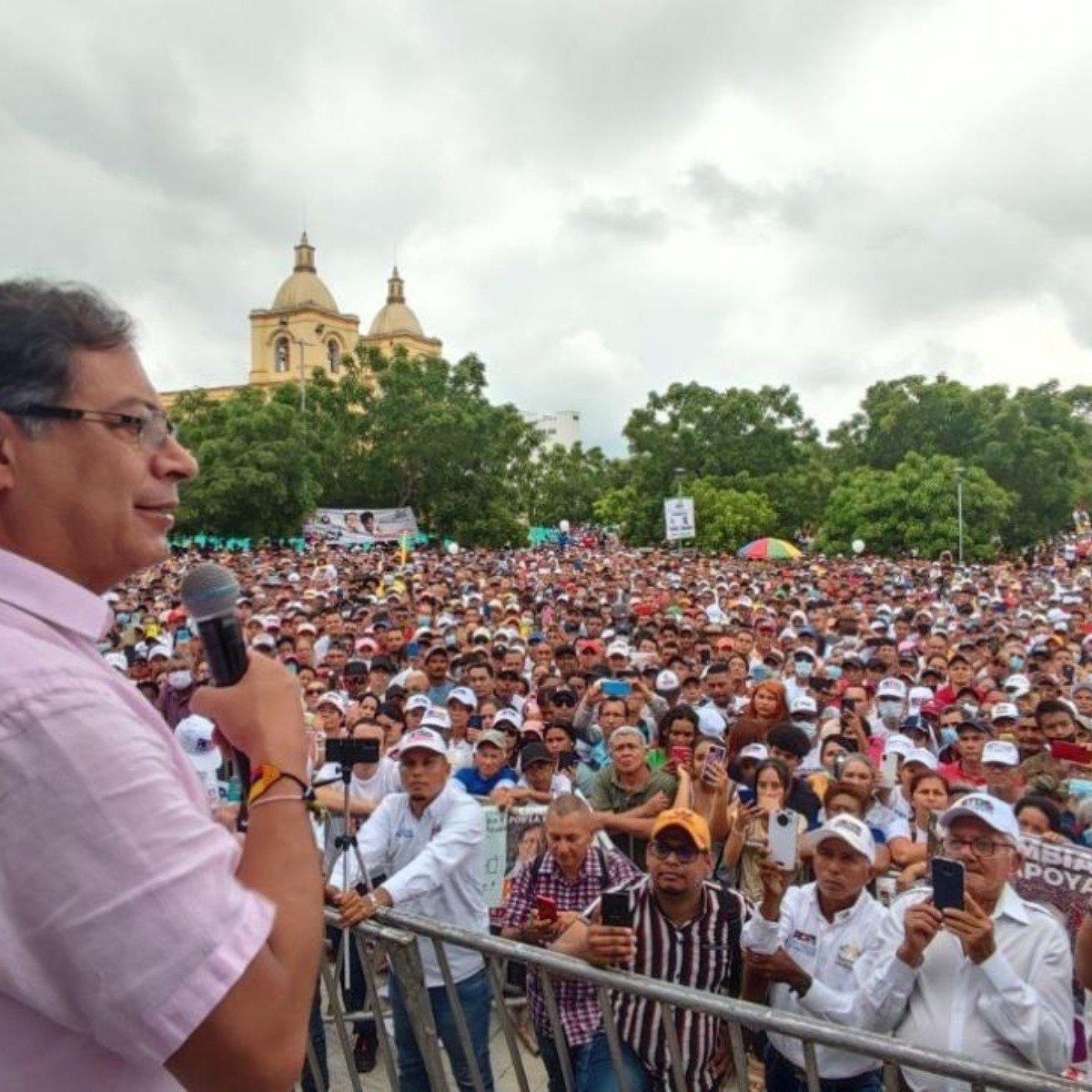 Colombia.- Fear throbs in a square packed with people. On the platform, Colombian candidate Gustavo Petro, wearing a bulletproof vest, surrounded by an army of escorts who exchange nervous glances, can barely stick his head out between three armored shields.

The ghost of an assassination runs through the campaign for the presidential elections on May 29, in which for the first time the left has options to come to power in the hands of this senator and former guerrilla. In the past, bullets have turned the tide of an election in Colombia.

In the 20th century, five presidential candidates were assassinated by opponents, drug traffickers or far-right paramilitaries with the help of state agents: three leftists, one of them a former guerrilla like Petro, and two liberals.

Although it is no longer such a violent country, Colombia still faces the threat of drug traffickers and slips in efforts to consolidate peace after several peace agreements with rebels and paramilitaries.

In February, Petro told AFP: “The ghost of death accompanies us (…) It does not stop appearing like a flash, when I mix with the crowd, when I am on a platform and there is a full square, which anywhere someone could shoot.”

It was before his team exposed a plan to kill him. Faced with the threat, the also former mayor of Bogotá had to take the stage practically armored on May 5 in Cúcuta, on the border with Venezuela.

Since then, his scheme of 60 escorts has been strengthened, not counting the troops that the public force reserves for him on his trips.

Despite the fear, with the hope, this is the town of Corozal accompanying, without being bought, the change. pic.twitter.com/Tu9Yf4eqyS

Felipe Botero, professor of Political Science at the Universidad de Los Andes, believes that an assassination in 2022 “is a very real risk.”

“Not only that they kill Petro as a candidate, but it is also highly possible that they will try to assassinate him if he wins the presidency and that is an equally or more worrying scenario,” the analyst told AFP.

Francia Márquez, the black environmentalist running for Petro’s vice president, also denounced threats, while the rival campaign of right-wing Federico Gutiérrez has expressed concern for its own safety.

fear on the left

Three shots, Bogotá, 1948. The liberal presidential candidate Jorge Eliécer Gaitán collapses on a central avenue. His murder sets the city on fire and fuels an internal conflict that, half a century later, is still not extinguished.

Alexander Gamba, a professor at the Santo Tomás University, lists three reasons why an attack against Petro “is possible”: first, in Colombia there are “professionals of violence” with the capacity to carry it out, like the twenty mercenaries who participated in the assassination of the president of Haiti in 2021.

Second, certain sectors present an eventual victory for Petro as “a great national hecatomb” and have created an “environment” in which “such an action is patriotic,” the sociologist pointed out. And finally, the country “has not had a political alternation” that gives rise to the left, associated with the armed rebellion in conservative sectors.

The candidate’s campaign considers that it may be a strategy to remove him from the public square, where he is very active.

However, for the government of Iván Duque, Petro is “one of the most protected people” in the country and the suspicions of an attack have not been validated.

“To subtract credibility from a death threat in a country where hundreds of people are murdered annually for their political ideas seems to me to be short-sighted at best,” criticized Botero.

But not only Petro fears for his life. “Watch out for the security of Federico Gutiérrez,” tweeted former president Álvaro Uribe (2002-2010) in recent days, who suggested “having serious information” related to a possible plot.

In 2002, Uribe himself emerged unscathed from an attack with explosives perpetrated by the then FARC guerrillas, who unsuccessfully tried to cut short his run for the presidency. In his biography, Uribe claims to have escaped 15 attacks.

Gutierrez is Petro’s main rival. When he was mayor of Medellin (2016-2020), he won supporters with his strong-arm policy against organized crime.

The polls anticipate a ballot between the two on June 19, with which Colombia will have to hold its breath for another month in the face of the real threat of wanting to govern it.