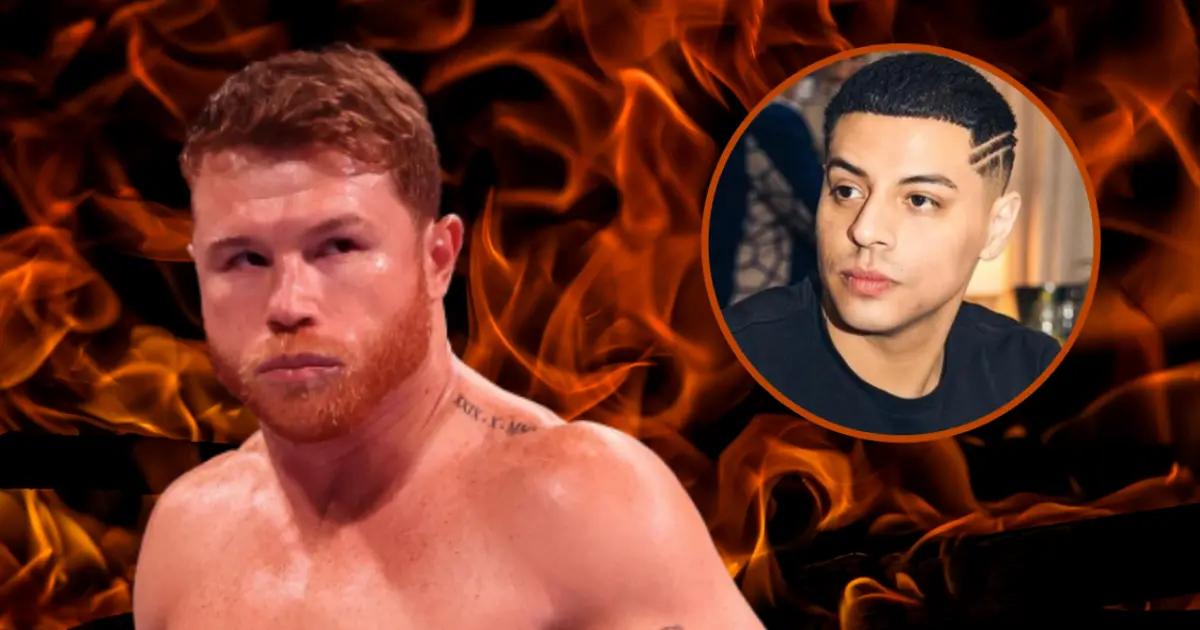 Two celebrities that have been on everyone’s lips in recent weeks are Saúl ‘Canelo’ Álvarez and Eduin Caz because, although they have boasted of having a friendship, it has been speculated that their relationship broke after the XV birthday party of the boxer’s daughter, so now it has been the athlete himself who reveals the truth about his fight with the singer and clarifies whether or not he cut Grupo Firme from the event.

A month ago, Emily Cinnamon, daughter of ‘Canelo’ Alvarez, celebrated her XV birthday in Guadalajara, and among the star guests were Eduin Caz and the other members of Grupo Firme. However, a video was leaked where apparently the boxer did not like the singer’s actions, so he would have kicked him out of the party along with the whole group.

In the video, you can see and hear ‘Canelo’ Alvarez in an apparent state of drunkenness, trying to address the vocalist of Grupo Firme: “Eduin, that cab#$% is the only one who has knocked me out one day, but then I hit him a ver#$%&/ then go away,” said the boxer to the singer. Since then, it has been presumed that both celebrities ended their friendship.

The boxer clarifies if he expelled Grupo Firme from his daughter’s party.

During the presentation of a drink with his brand, “Canelo” Alvarez was questioned about his fight with Eduin Caz and revealed whether he ran Grupo Firme out of his daughter’s XV birthday party. “I just talked to him, and he’s coming on Monday because he’s going to do some football. We have a nice relationship,” expressed the boxer.

“When the viral videos came out, we talked and laughed, and the truth is that my public relations people asked me if I wanted to do something, and the truth is that I don’t have to say anything,” said ‘Canelo’ Álvarez, stressing that what happened at the party was exaggerated and that he is still friends with Eduin Caz.