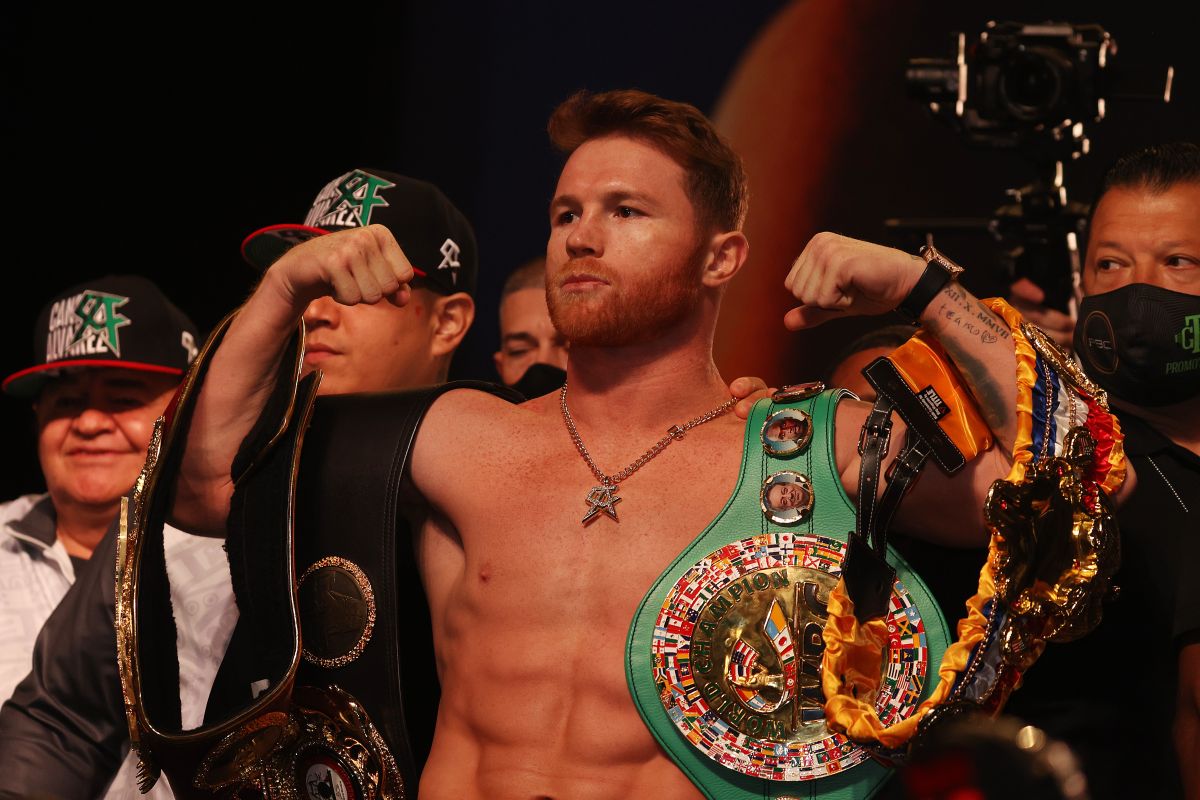 Mexican boxer Saúl ‘Canelo’ Álvarez (57-1-2, 30 KOs) achieved his goal of gaining weight to fight in the light heavyweight category and has already found a rival to dispute said WBA title. It will be nothing more and nothing less than the undefeated champion Dmitry Bivol (19-0, 11 KOs).

‘Canelo’ reached a new agreement for two fights with Matchroom Boxing and DAZN, and the first one will be precisely against Russian Dmitry Bivol on May 7 in Las Vegaswhile the next fight is yet to be defined but it is estimated that it will be for the month of September

“I am very happy with this fight against Dmitry Bivol. It’s another big challenge for me and my career, especially when I go up in weight and face an exceptional light heavyweight champion like Bivol.

“I am also very excited that we have this fight scheduled for the weekend of Cinco de Mayo for all the fans to enjoy. We’ll be ready, like we always are”, added Saúl Álvarez.

For his part, the fighter from Russia confessed that with this fight his goals will begin to come true. “I always wanted to fight the best! I think the rest of my goals will start to materialize on May 7th!” pointed out.

‘Canelo’ Álvarez comes from winning the IBF super middleweight title after beating Caleb Plant in his last fight, thus becoming the first boxer to be crowned undisputed champion in that category.

Before that, the iconic Mexican fighter Won WBA, WBC, WBO and The Ring Magazine super middleweight titles against Callum Smith and Billy Joe Saunders respectively, all in one year to make history and cement his place as number one per pound.

Also read:
– Canelo says patience was the key to his win over Kovalev