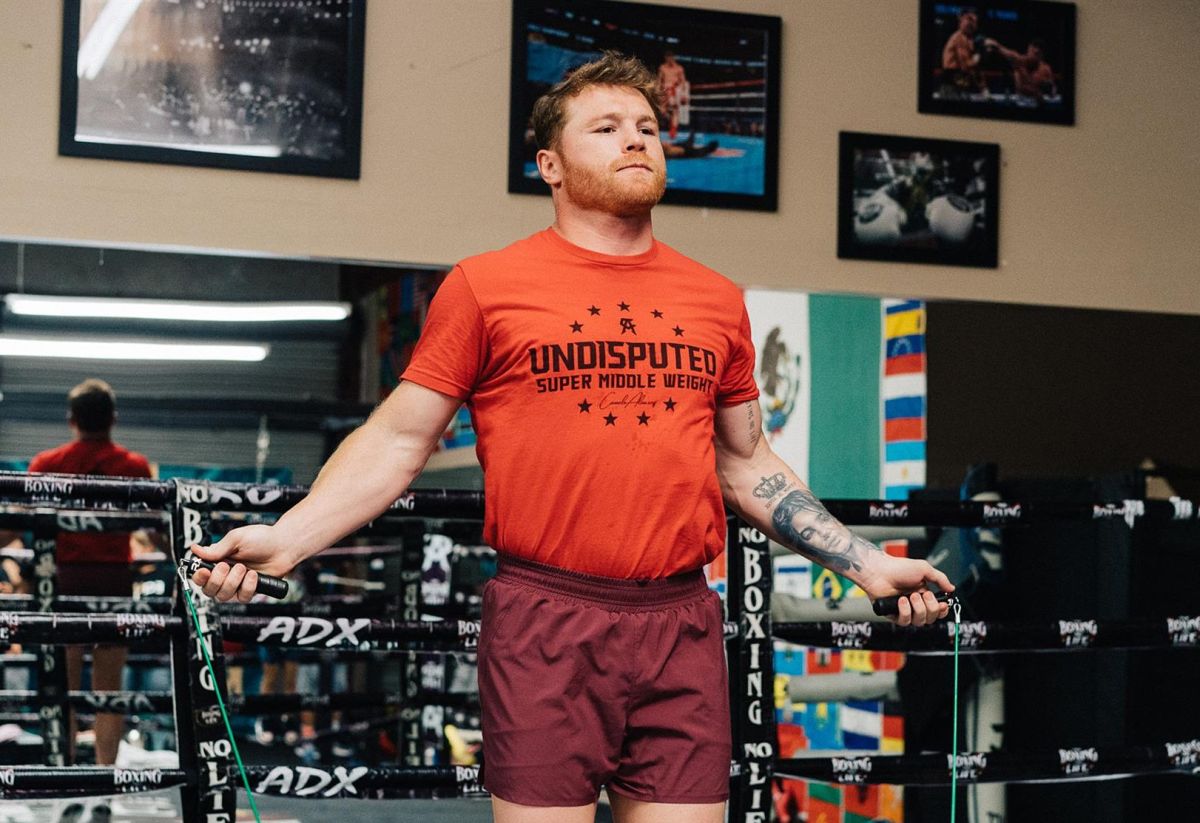 The Mexican Saul “Canelo” Alvarez owner of all the titles of the super middleweight divisionclaimed this Saturday to be a more dangerous boxer because he is like a wounded beast after his defeat last May with the Russian Dmitri Bivol.

“I’m more dangerous right now; that’s what I am (a wounded beast); I am training 100%, enthusiastic, hungry for victory, ”he said in an interview with Efe.

With 57 wins, 39 before the limit, two draws and two losses, Álvarez is one of the best pound-for-pound fighters in world boxing and he hopes to prove it. on September 17 against the Kazakh Guennadiy Golovkinwith whom he adds a victory, in September 2017, and a draw, a year later.

“My goal is to finish by knockout, I want to win before 12 rounds. I hope I am given the opportunity,” she revealed.

The fight comes at a time of great rivalry, after Golovkin described the Mexican as insecurefar from being the best and needed to grow.

“I like to respect rivals; but if they respect me, if not, no. So many things bother me that he spoke and continues to speak when he is not in front of me, ”recognized the man from Guadalajara, excited about achieving the 40th knockout of his career against the rival on duty.

Golovkin has 42 wins, with one failure and one draw. He alone did not win the two times he faced Saul, however, the super middleweight champion He confessed that he was not confident and that is why he is completing one of the best training stages of his life.

“I prepare for the best Golovkin. He’s a smart fighter, he hits hard, he’s hard to hit; but I know him, I know what I have to do and we are going to get there well, ”he observed.

At Efe’s request, the fighter gave clues about his training. He revealed to do 10K runs three times a weekstationary bicycle work on the days he does not race, in addition to work in the ring, in which he refines the technical details.

“I don’t know how fast I run, but the day I like the most is when they play sparring “he confessed.

Away from alcohol and drugs in which dozens of boxing champions have fallenwithout women’s scandals and with a reputation for showing monkish discipline in training, “Canelo” is adored by many, but hated by some, who, perhaps because of his rectitude, consider him outside the tribe.

“I am out of the prototype. I have many fans and I’m fine like thatI am happy with those I count on”, he warned.

with a fortune of tens of millions of dollarsÁlvarez is one of the richest Latin American athletes. However, he accepts that your big goals cannot be bought with money.

Although he feeds carefully, with more chicken and fish than red meatSaúl confesses that he does not suffer deprivation and especially when he goes to Guadalajara, his hometown, does not give up Mexican food.

“I eat healthy, although there is no lack of a taquito or a drowned cake when I go to Guadalajara. There I give myself my tastes, ”she confessed.

On May 7, Saúl moved up to the light heavyweight division and lost by unanimous decision to Russian Dmitri Bivol. Although he made a clean slate of her after that fight, he is open to talking about her because he considers her an example of his obsession with overcoming oneself.

“I didn’t need to gain weight, but to take on these types of challenges is not to settle for what I have. There was the possibility of losing. However, the road to being great has potholes, you stumble once, twice, three and even ten times; but that does not mean that you will not achieve the goal. We have to move on,” she noted.

Against rivals like American Caleb Plant, with whom he got involved in a press conference, Saúl Álvarez made peace after the fight. Now it is not clear that this can happen with Golovkin because the Kazakh has attacked him.

“I don’t know whether to believe him anymore”said.

Although he drinks little alcohol, Canelo is sponsored by Hennessythe prestigious brand of cognac, which will surely be willing to supply the boxer with a glass so that, after the fight, he can toast in peace with Golovkin.

-Would you have a cognac together?