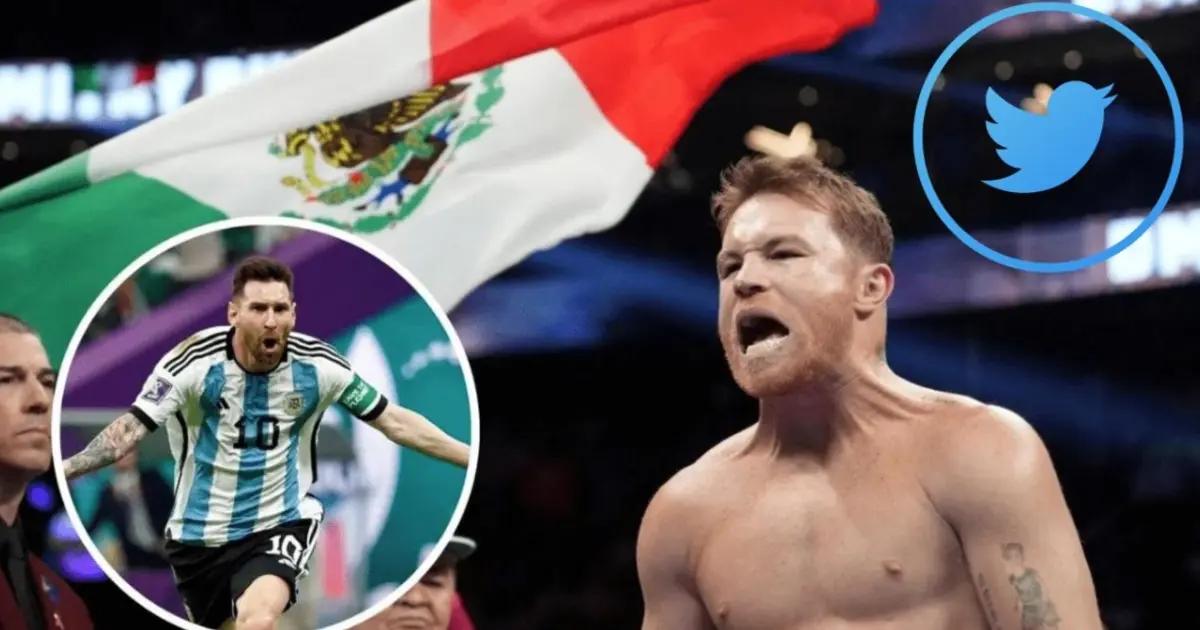 A video of Lionel Messi kicking and stepping on the Mexican National Team’s jersey began circulating on social networks after their match, resulting in great controversy.

Mexican boxing champion Canelo Álvarez was the star of the response to the video of the Argentine soccer player, with Álvarez threatening the Albiceleste striker.

After seeing the video spread across Twitter, TikTok, and other social networks, the multi-champion wrote a plea to God, saying, “May he ask God not to find me!”

Kun Agüero, Cesc Fábregas, Andrés Guardado, and David Faitelson attempted to soothe the boxer and elucidate that it was a misunderstanding of the circumstances.

Canelo insists on “giving Messi what he deserves.”

In the last hours, despite the multiple clarifications from soccer players, commentators, and even Argentine boxers, Canelo refused to give up on the ‘fight’ – to which Twitter responded by applying a sanction.

This is supported in the boxer’s profile, as the tweet he posted which invited Messi to fight was marked with the legend “this Tweet broke the rules”.

Elon Musk’s leadership of the social network outlines that to ensure adherence to the guidelines, they can act upon specific content (i.e. tweet or direct message) or a user’s account.

Saul Alvarez’s offense of threatening and inciting hatred was not accepted by the network.