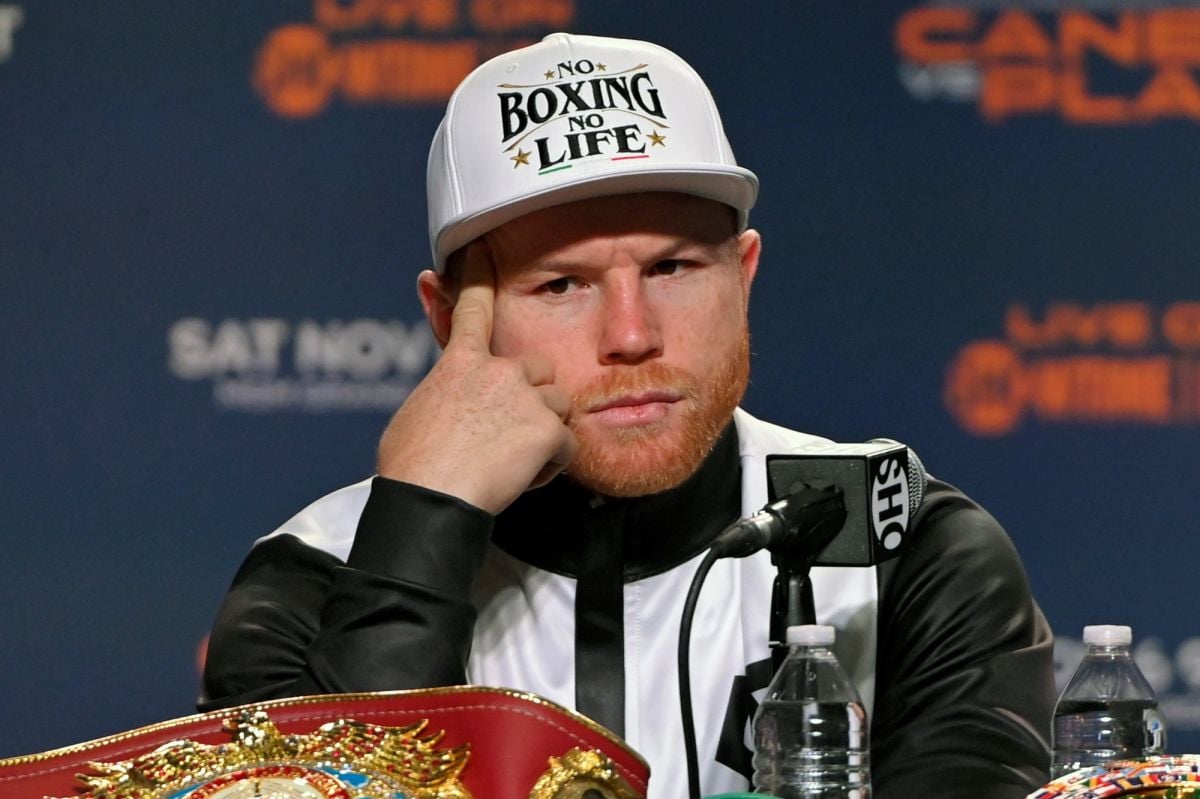 Saúl ‘Canelo’ Álvarez spoke out against his fans by assuring that whatever he does he will never receive due credit for everything he has achieved in his career as a boxer, something that confuses them to the point that he has thought of sending ‘very away’ to the fans and focus solely on him.

At a press conference to promote his fight against Golovkin, the man from Guadalajara responded how he felt about the criticism he received about accepting the trilogy with GGG 4 years later, with the Kazakh turning 40, to which he was indifferent.

“I’m busy fighting with the best in the world and maybe people won’t give me credit if I beat them, that’s why I only focus on doing what’s best for me and what adds the most to my career,” replied the Mexican.

In the two previous confrontations that Canelo Álvarez and Golovkin have had, the Mexican has prevailed on both occasions, both by decision of the judges, both after the 12 rounds were played, and both also with a touch of controversy, since many They assure that the Kazakh should have been the winner.

The Mexican will take the fight personally after GGG made statements against Canelo that logically reached his ears and did not make him very happy.

Walk with the flag of an asshole: Canelo Álvarez gives Gennady Golovkin everything and accuses him of double face