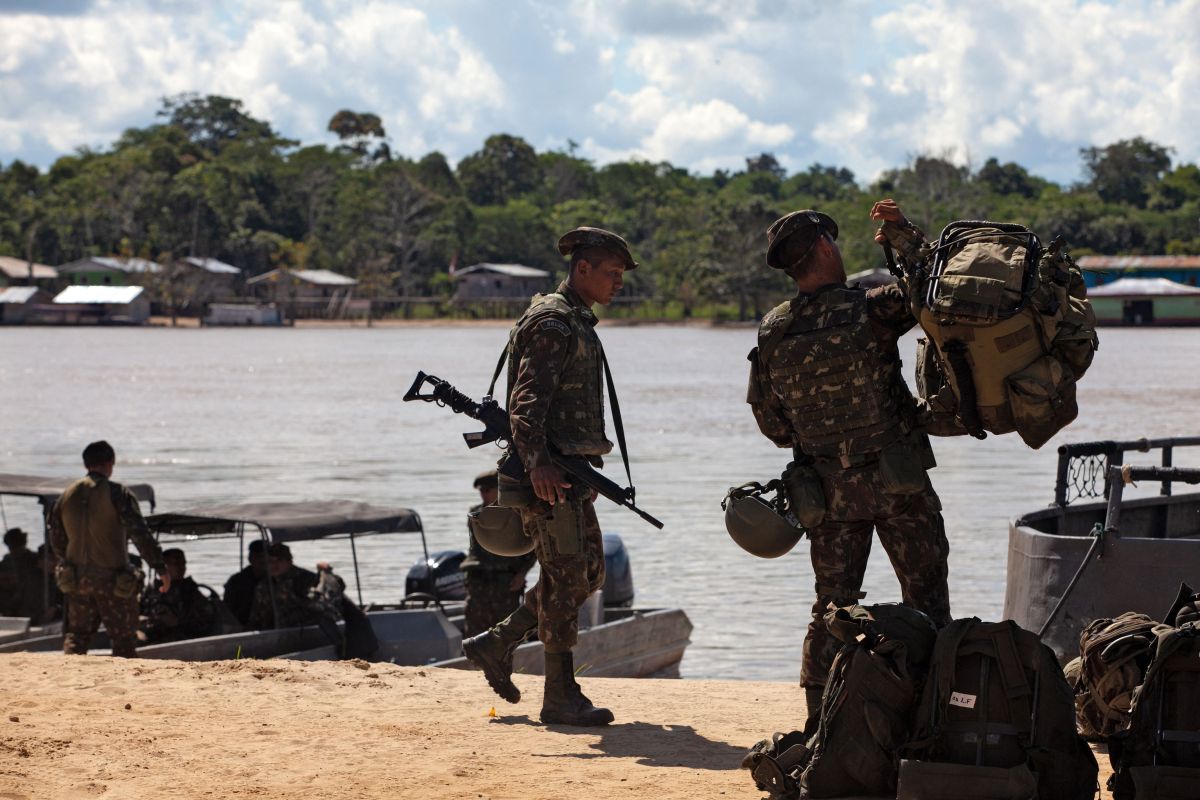 The Brazilian Justice ordered this Friday the arrest of a third suspect for the murders of a British journalist and a Brazilian indigenistwhose bodies were found on Wednesday after having disappeared eleven days earlier in a remote region of the Amazon.

This is a man identified as Jeferson da Silva Lima, known as “Pelado da Dinha” and who is suspected of having been an accomplice of the brothers Amarildo and Oseney da Costa Oliveirathe first of which is a confessed prisoner, in the crime that shocked Brazil and has generated protests around the world.

The arrest was ordered shortly after the Federal Police confirmed that some of the mortal remains found on Wednesday in the Amazon correspond to the British journalist Dom Phillips, disappeared and murdered along with the indigenist Bruno Araújo Pereira when they traveled through the region to collect information for a book about threats suffered by the Indians.

The new arrest was ordered by a regional criminal court in Atalaia do Norte, a municipality in the state of Amazonas, but da Silva Lima has not been located so far, so he is considered a fugitiveThe Federal Police reported in a statement.

“The Federal Police and the Civil Police continue to join efforts in locating and arresting the fugitive element,” the agency added in a statement requesting help from people who have information about his whereabouts.

The identification of the remains of the collaborator of the English newspaper The Guardian was possible thanks to “a legal dentistry examination combined with forensic anthropology” carried out by experts from the Federal Police, who are still working to try to establish whether other remains that were found correspond to to the indigenous

Phillips and Araújo Pereira had been missing since June 5 and had been seen for the last time when they were navigating a river in the Javari Valley region, in a remote area of ​​the Brazilian Amazon bordering Colombia and Peru.

The two brothers arrested for the crime are fishermen and had already been reprimanded by Araújo Pereira for fishing in areas under the jurisdiction of indigenous reserves, which is prohibited.

One of the prisoners confessed to the crime and led the authorities to the place where he buried the bodies of his victims, located about 3 kilometers into the jungle from the river where he intercepted and killed them.

The Federal Police indicated in another statement this Friday that the investigations “point to the fact that the executors acted alone,” thus ruling out the alleged participation of criminal organizations in the crime or that the murderers acted under the command of a third party.

The hypothesis was refuted by the Union of Indigenous Peoples of the Vale de Javari (Univaja) which, in a statement, alleged that “the degree of cruelty used in the practice of the crime shows that Pereira and Phillips crossed the path of a powerful criminal organization who tried at all costs to hide his tracks.

Pereira had received threats on several occasions for his complaints against organizations engaged in drug trafficking, logging, illegal fishing and hunting in the Vale de Javari indigenous reserves.

The death of Phillips, 57, and Araújo, 41, has generated a worldwide shock and exposed the threats surrounding the jungle and the indigenous people of the Amazon.

Phillips was a veteran journalist based in Brazil for 15 years, where he collaborated with various international media, such as the Financial Times, The New York Times and The Washington Post, among others, and is working on an investigation for a book about the threats that indigenous communities in the Amazon suffer.