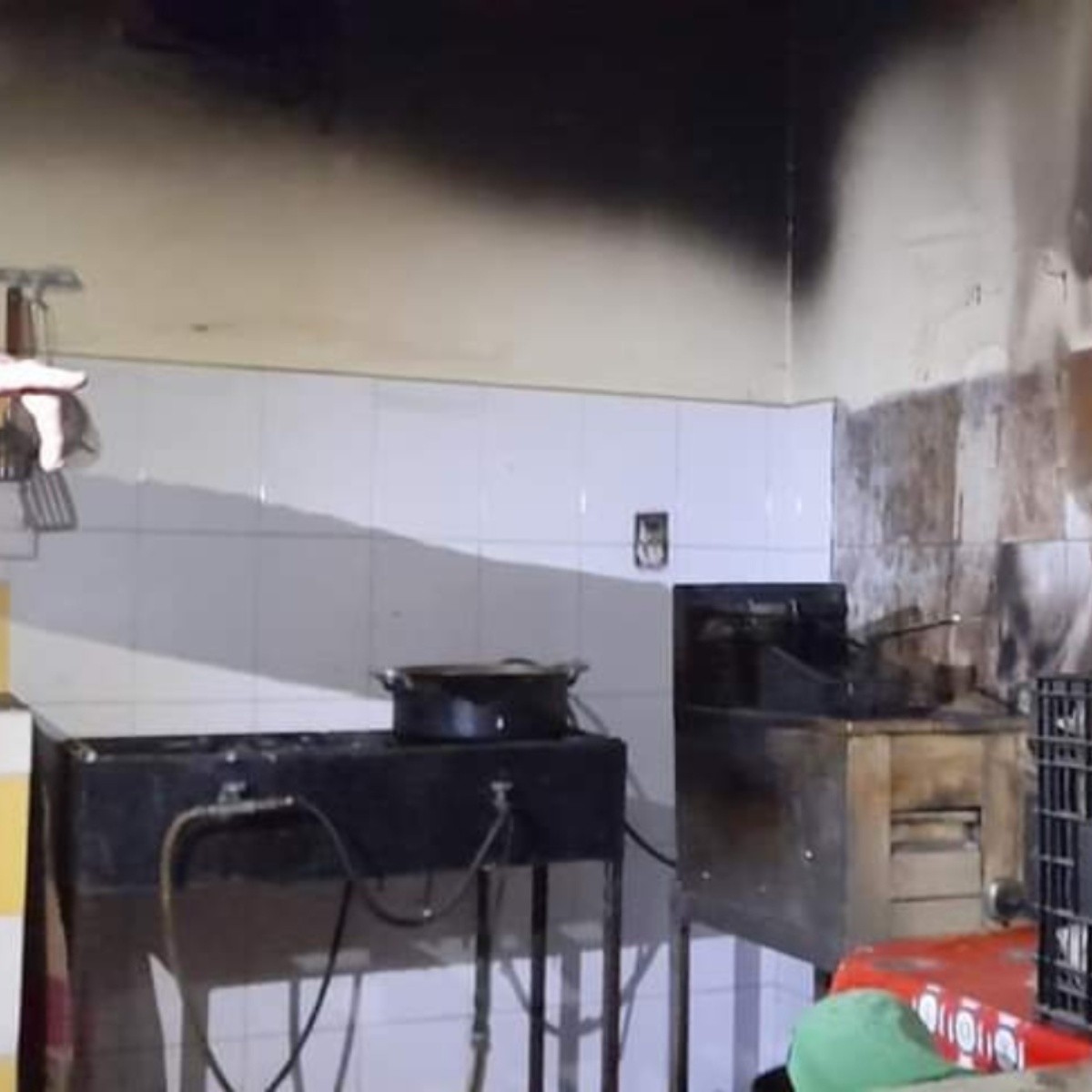 Concord, Sinaloa.– Strong fumaroles alerted neighbors and passers-by early this monday at 2:00 a.m., when through a report the municipal authorities and Civil Protection were notified of the presence of fire in the upper part of a well-known chicken shop located on Engineer César Ramos Boulevard in Concordia, Sinaloa.

After a few minutes, elements from the different corporations arrived at the site to carry out the work to suffocate the flames that quickly consumed everything in its path inside the premises: cardboard boxes, crates and all kinds of flammable material were consumed by the fire.

What caused this incident was that one of the burners remained lit, reaching some cardboard boxes that quickly spread the fire throughout the second floor where this well-known food business is located in the area, fortunately there were no personnel inside the building at the time of the fire.

After a few minutes, added to the effort of the Civil Protection elements, it was possible to contain the fire and prevent it from spreading throughout the property or even reaching the adjacent businesses that are located throughout this area, the material losses were fortunately few.