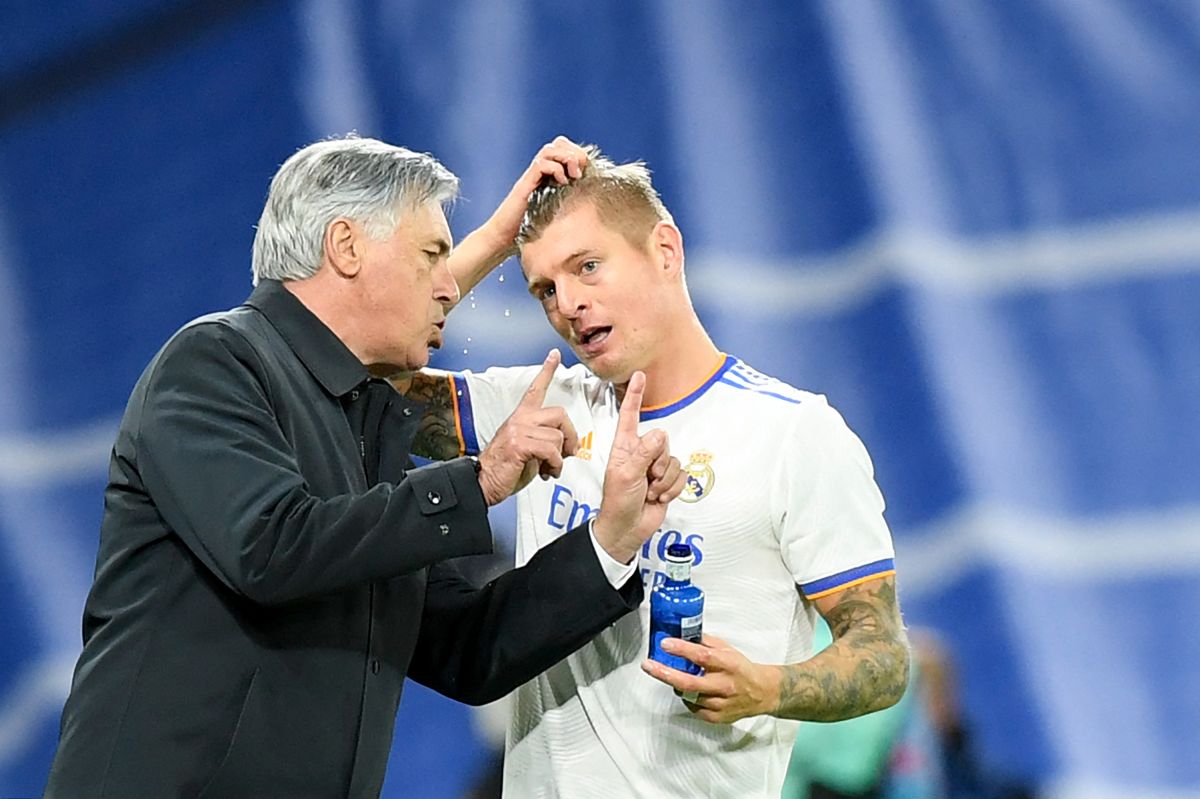 Carlo Ancelotti, Real Madrid coach, did not hesitate to rate Luka Modric, Toni Kroos and Casemiro as “the best average in the world today“. Although he did not want to promise titles because “it is not the best idea”, he did guaranteed to “compete to the end.”

“Modric, Kroos and Casemiro are the best average in the world today. Perhaps the midfielders who go from area to area are more classic, but they have so much experience and so much football that they are extraordinary. In addition, they turn out to mix very well. When the three are together no one can compare to them ”, Ancelotti said in an interview with the newspaper As.

The praise for scorer Karim Benzema: “Now he adds to his football great ability and scoring consistency. He has as much as Cristiano Ronaldo or Haaland. Benzema is a player who Mark the difference. We just saw him again in the match against Athletic, with two goals in no time. It’s in spectacular shape. “

The fan already thinks about the titles, but the coach prefers to be more cautious. “Promising titles is not the best idea, but we can promise what Real Madrid always offers, which is compete to the end. We are doing it, we are competing very good in all tournaments, in each game “, he pointed out.

In this sense, he added: “In the first part of the season we fail very little. We only had two losses: against him Spanish in the League and in front of Sheriff, in the Champions. But it was a stage where we missed players like Modric or Kroos. But when they both returned it was already seen that the team has a very clear identity ”.

Ancelotti does not get medals, although his hand is showing this season: “I contribute my experience of so many years in soccer and also knowing how to give the players confidence. Madrid has a staff of talent and quality and the coach must give them confidence. But Madrid I already had a block, a team “, I observe.

He also complemented: “The team was already in shape last year. It was a season in which he competed to the end. The titles did not come, but he competed and he was very close to winning at a stage where the pandemic he did not make things easy for anyone ”.

Young people are also showing that the future is secure, Ancelotti said. “Camavinga, Valverde and others They have to know what they have in front of them, which are the ones we have mentioned before: Modric, Kroos and Casemiro. Are competing with the best in the world and must assess and understand that in the future they will be the ones who play there ”.

Ancelotti added: “Camavinga has immense quality and power, but he must learn and gain experience and knowledge for the position in which he plays. You don’t have it yet, but it is that he is only 19 years old! Every day that he trains with Modric, Kroos or Casemiro It is a master’s degree for Camavinga. I’m sure that learn more from what you see your peers do in training than with what I tell him! ”.

Vinicius is another name own of this Real Madrid. “It has improved because does things with less hurry than before. It has changed, above all, in that take a break in the moments important of each play. The important thing in a player is that do the hard things well, because the easy ones end up coming out. Vini knew how to do the difficult Y failed at easy. Now it takes more time with the easier plays and it is going well. But the important thing is that the complicated always tried and it always came out, because this comes out or does not come out ”, said the DT.

In that he continued: “Vinicius has fantastic speed and talent. I had never seen a player with his ability to overflow, to go one-on-one. But still has the ability to improve, for example, in the game without the ball, in attack the spaces and in the auction, where it can progress ”, he continued.

For the Italian coach Madrid does not have half a league in their pocket: “I don’t think so, no. We have a small advantage and it is true that some rival, such as Atlético or Barça are somewhat further away. But not Sevilla, for example. LaLiga is a very complicated competition because you can never say there’s an easy match. There are a lot of good teams and good football looks. All the teams they have a good quality of play ”, he explained.

Ancelotti finished talking about the new stadium: “At a time of great difficulty for society and for club economies. For everything that is happening with the pandemic it is impressive that Madrid is fully engaged to make a great stadiumSurely, it will be the best in the world; In addition, a team of the future that compete at all levels. What I want is to be there, on the bench, the day the new stadium opens ”.

You can also read:
– Photos of Carlo Ancelotti fondling his partner’s thong are viralized
– Toni Kroos’s secret outfit to go shopping at Christmas and not be recognized
– Casemiro’s sister sets social networks on fire with her bikini photos
– Ancelotti gives Hazard an ear cuff: “He hasn’t done what everyone expected of him”
– Unusual: the cheapest ticket for PSG-Real Madrid is over $ 280