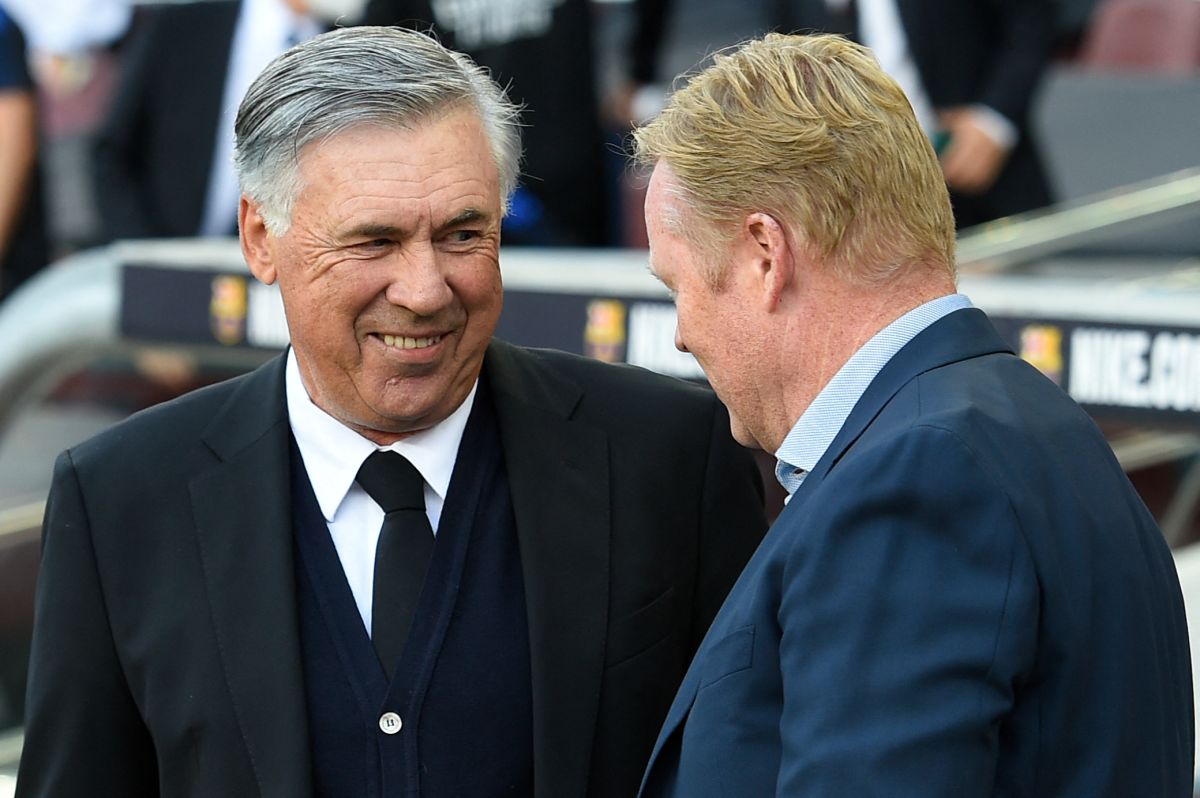 The predicted dismissal of Koeman was not long in coming and Carlo Ancelotti, who He had previously shown solidarity with the Dutch coach after having suffered an attack by the fans while he was in his vehicle, he again sent a message of encouragement to the former Barcelona strategist.

The Italian, who was appearing before the media when the news of Koeman’s dismissal was released, decided to dedicate a few words to him and encouraged him to move forward.

“They have dismissed me many times and I’m still here alive, happy. It is part of your job to be dismissed and you have to give everything until you are a coach, ”said the Real Madrid coach.

Later he added that even if they throw you out, you must be the next day with a clear conscience because you have given everything and ended by ensuring that Koeman gave everything he could give for Barcelona.

During the classic between Barcelona and Real Madrid, where the Catalan club ended up falling, it was possible to see how Ancelotti and Koeman exchanged a few words of respect and admiration before the game and it was seen how they greeted each other effusively.

Ancelotti, who was also questioned about Real Madrid’s draw against Osasuna, assured that only the completion was missing but that he is happy for the game that his team showed.

“It has only been left to finish. They are games where today can happen but the important thing is that we continue with the good dynamics that we had and that we will fight for the next game ”, he declared.

Laporta said enough: Ronald Koeman has been dismissed as coach of FC Barcelona

“I think we played well”: Koeman tries to resist after Barcelona’s defeat against Rayo Vallecano