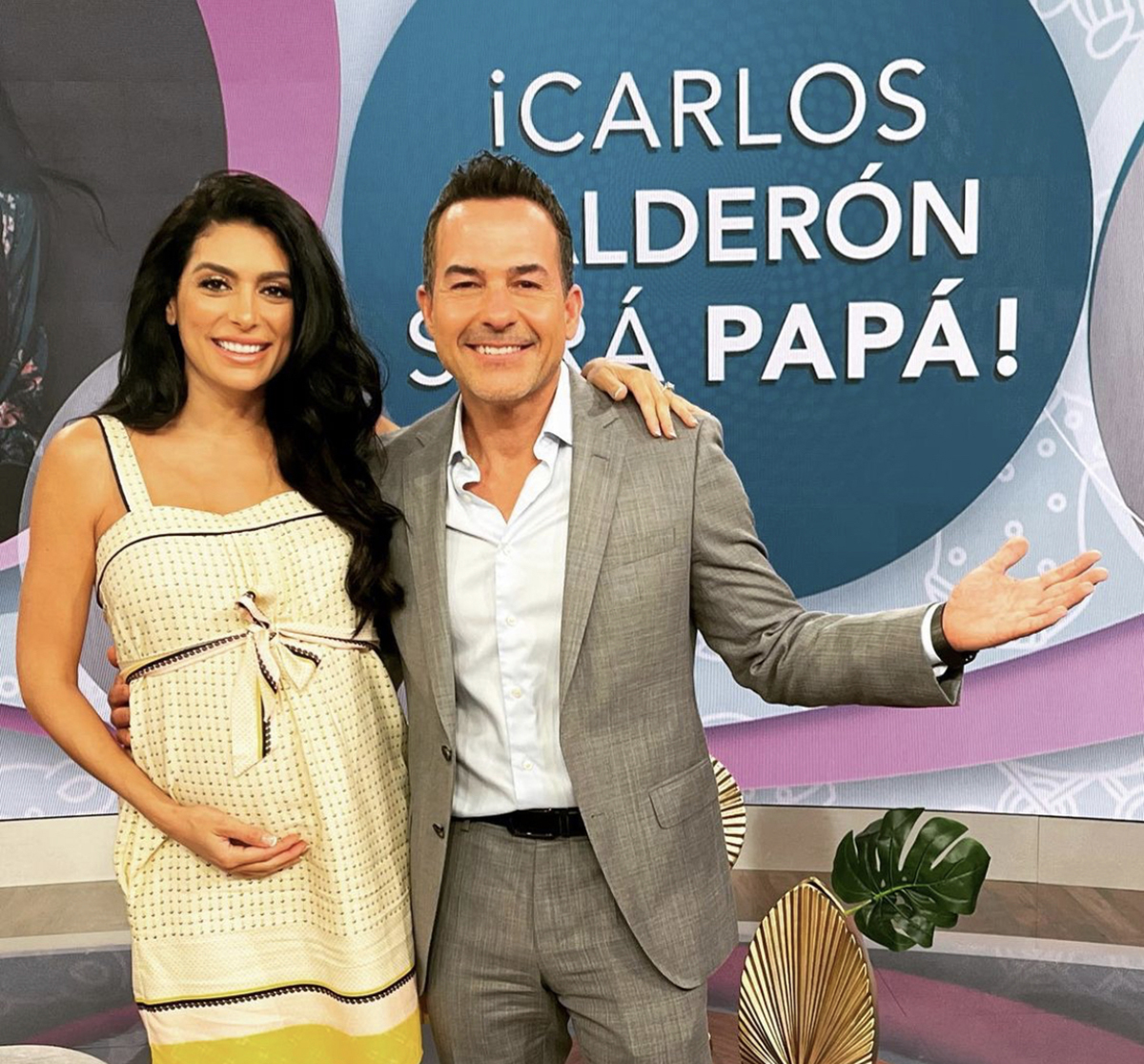 Almost a year after surprising the world with the news that they would be parents, Carlos Calderón from ‘Despierta América’ and actress Vanessa Lyon in judicial war, with a lawsuit for domestic violence and a request for custody of the baby.

This Monday, ‘Chisme No Like’ dropped one of its most surprising bombs involving one of the presenters of the Univision morning show, Carlos Calderón. The YouTube show, hosted by Elisa Beristain with Sergio Catalán and Kompayaso as guests, confirmed that they had information from one of the presenters of ‘Despierta América’ who would be in the middle of a case of violence and alleged excess of substances.

According to the aforementioned show, Calderón would have had violent episodes, attacking the mother of his son. On one occasion, he would have even knocked down a door and even thrown objects such as remote control and similar objects at her.

“This man mistreats his wife, Vanessa Lyon, and is trying to take away the son they both have. The information we have is very sensitive because we know that he left her on the street and that he would use substances and became so violent that one day he knocked down a door to be able to reach her”, Beristain began by saying.

The show shared the demand, that unlike what they had been telling, you can see that it was Calderón who accused his ex-partner of domestic violence on May 18.

“At this moment, she feels helpless, scared, that he, with all the contacts he has, will take away her son, their son.… This person threw the remote controls at her in his episodes of anger”, the presenter of ‘Chisme No Like’ continued to explain.

Sergio Catalan, a guest presenter on the show because Javier Ceriani is participating in a reality show, said that he knows Vanessa Lyon and that she is a very good person. “We will always defend the victims. All these, supposedly and allegedly are happening. We have had information from her innermost circle, she is very scared, she is alone, trying to leave a city that is not even hers. She lives here in Los Angeles, she is afraid… Something they also told us, and what worries his friends a lot is that she has lost a lot of weight“.

So far, what ‘Chisme No Like’ shared exclusively LaOpinion took on the task of investigating, and officially we can confirm that yes the demand exists. It was Carlos Calderón against Vanessa Lyon (León, his real surname), which was effectively filed on May 18 of this year under the charges of ‘Domestic Violence with children’.

In the lawsuit, Calderón requests the custody of León, their son, which was granted provisionally the first month. At this time, he demanded judicial jurisdiction, and the next court date is on August 10, where the following topic will be discussed: custody of the baby and time for both.

While in September they would have another hearing to present evidence on the alleged domestic violence that he claims to have suffered from the Mexican actress, and she could also have the opportunity to present hers.

So far the official version. However, LaOpinion took the task of contacting several people from the intimate circle of the now ex-partner. The unofficial version says that Calderón and Lyon have been separated for several months and that the relationship between them would never have been the best. That the presenter of ‘Despierta América’ had kept this an absolute secret until the Mexican actress would have contacted several of Univision’s talents, supposedly asking to speak with her so they could give her advice.

People close to Vanessa confirmed to us what Catalán said in ‘Chisme No Like’, that she would not have money to deal with this situation since she would have left almost everything, including her residence in Los Angeles, to move to Miami and bet on a family with Calderón.

Let us remember that, since they started their love relationship, everything has been a mystery in the couple made of Calderón and Lyon. We found out they were together when he published some images where he asked her to marry him with a helicopter. Though they never made it to the wedding, and months later we learned that on that day, they already knew that Leoncito was on his way.

How did we know? Because they said it in ‘Despierta América’ when she was already 8 months pregnant! At that moment, Calderón assured us that they did it so as not to “overshadow” the birth of Gennaro, Francisca’s son.

Later, when he was born, it took us several weeks to get to know his face, and his name to León, something that they reserved for him to tell exclusively in People en Español magazine.

Now, there are no exclusives, no revelations. For now, LaOpinion tried to communicate with both Carlos Calderón and Vanessa Lyon to get a reaction from them, but so far there was no response.