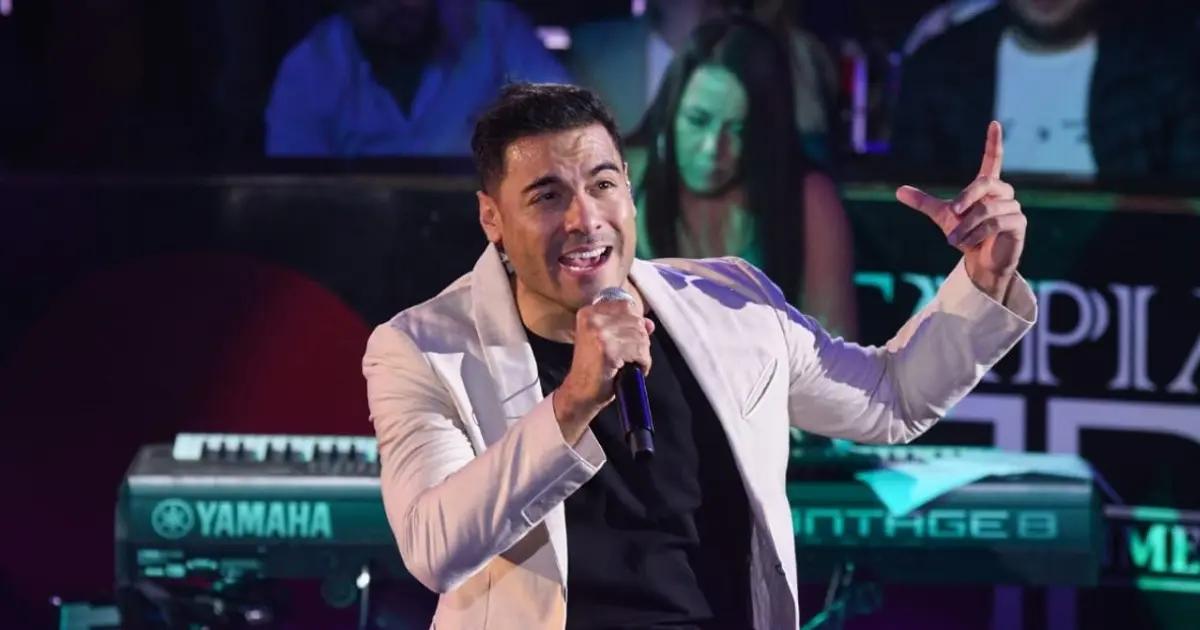 Culiacán, Sinaloa. 2022 has been a very active year for Carlos Rivera: in his personal life, he married Cynthia Rodríguez and also lived a hard time with the loss of his father and his pet; while in his work life, he did theater and toured around 40 palenques in the country. After that, the composer also wants to focus on music and is preparing to release a new album in 2023.

He talked about new music

Carlos Rivera arrived this Saturday in Culiacán to offer a concert after several years of absence in the city due to the pandemic. In a meeting with the media, he talked about “Un Viaje a Todas Partes,” his most recent single, which he plans to include in his new record material.

“It’s a song that I’ve been dying to get out. I have been preparing this album, which is completely unreleased, for some time now. Finally, songs are starting to come out: “Te soñé” with Carlos Vives, “Digan lo Que Digan,” “Un Viaje a Todas Partes,” and next year, the complete album is coming. The new tour is also coming. We will literally go everywhere and start going again to the countries that we have not returned because of the pandemic,” he said.

The reality show “La Academia,” of which he was the winner of the third generation, and the play “El Rey León,” in which he starred in Spain and later in Mexico, are the projects that marked a before and after in his career. For this reason, he assures that he will always have a special affection for both of them. “Much of what I do on stage I owe to the theater. That’s why I bring a lot of theater to music, and whenever something has to do with The Lion King, it gives me something nice,” he said about the play.

Later in the evening, acoustic songs such as “La luna del Cielo,” “El Hubiera no Existe,” Gracias a ti, and Si te vas were performed and chanted by the audience. One of the most emotional moments of the night was when Carlos Rivera remembered his father, who passed away in the summer of this year and performed the song Recuérdame, which was part of the Latin soundtrack of the Disney movie Coco.

Rivera added to his repertoire some famous songs made popular by other artists, such as “No Me Pidas Perdón” by Banda MS; “Por Tu Amor” by Cristian Castro; or “Ya no vives en mi,” a duet with Yuri.

Of course, some of his most emblematic songs such as “Regrésame mi corazón,” “Me muero,” “Te esperaba,” “Fascinación,” “Solo tú,” “Otras vidas,” “¿Cómo pagarte?” and “Que lo nuestro se quede nuestro” were some of the most chanted songs during the two and a half hour concert.