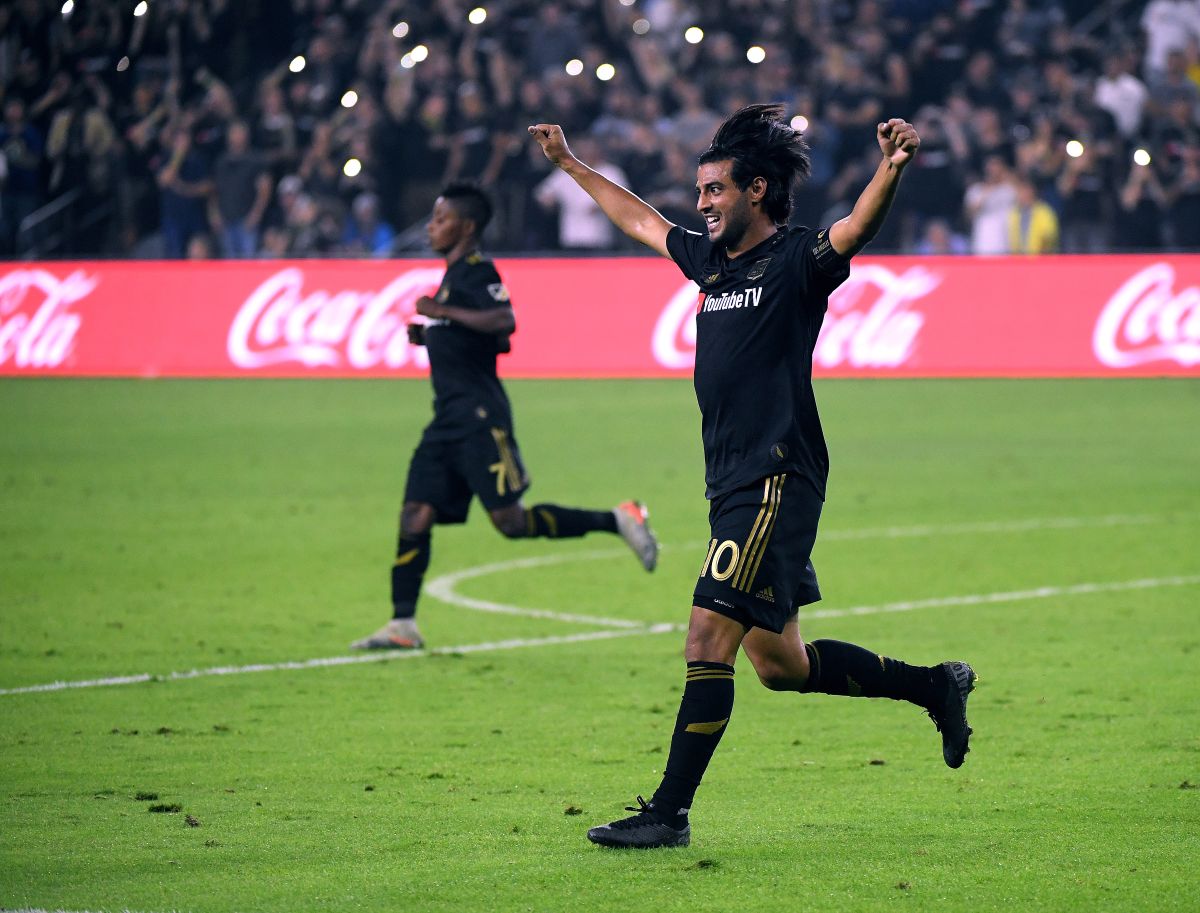 This Saturday, LAFC beat the Columbus Crew 0-2 in another round of MLS where the Los Angeles team was urged to add again after two games without being able to achieve it. The Mexican Carlos Vela contributed again for the team and entering the second half a few minutes were enough for him to be present on the scoreboard.

It was at minute 61 that the Mexican took advantage of a ball that bounced off the defense and when he went hand in hand with the goalkeeper he knew how to define with a direct shot that would serve LAFC to open the scoring in the game they played as visitors.

With this goal Carlos Vela added his sixth conquest in the current edition of the MLS. It should be noted that the former Arsenal player had just scored against Austin the previous day in a game in which his team could not score. In addition to the six goals, Vela has added two assists this season and continues to be a key player in his team.

Vela’s goal came just three minutes after VAR disallowed Ghanaian Yaw Yeboah’s goal, which would have given the Columbus Crew a partial lead.

After Carlos Vela’s goal, LAFC was superior and found spaces all over the field, a fact that would soon translate into the second target with which they would sentence the match and was in charge of the Ecuadorian player José Cifuenteswho did not miss the defensive error of the Columbus Crew defense and knew how to define safely.

Those led by Steve Cherundolo lead the Western Conference and lead Austin by three unitstheir closest competitor and who will be facing Orlando City this Sunday with the real possibility of climbing to the top and matching the Los Angeles team on points.

It should be remembered that Cherundolo had been the target of multiple criticisms for the losing streak that the team was going through in its last three presentations. However, that streak was cut today and it was confirmed that the team still has Carlos Vela as a key player, even if he comes from the substitutes’ bench.

LAFC will return to action next Wednesday, when those led by Steve Cherundolo will face the so-called “Traffic Classic” against the LA Galaxy in a duel corresponding to the round of 16 of the US Open Cup.

The fans hope that Carlos Vela continues to contribute and that the team’s losing streak has been just that, and thus stay alive on all fronts.

. Chicharito and Carlos Vela hope to reverse the losing streak of their teams in MLS

. Carlos Vela talks about his continuity in MLS: “If it’s in my hands, of course I’ll continue in LAFC”