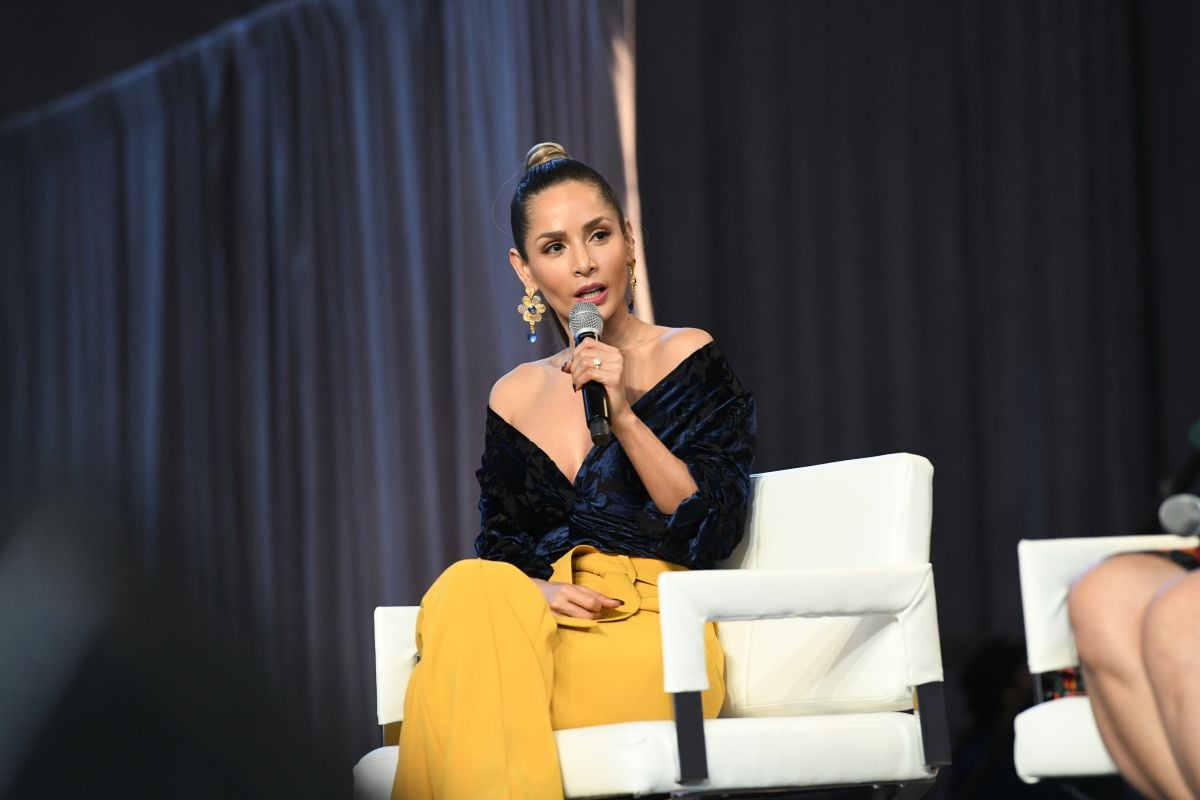 Carmen Villalobos will be one of the hosts of the Premios Tu Música Urbano, which will be broadcast this Thursday, June 23, through the screens of Telemundo. The Colombian actress and protagonist of the telenovela ‘Hasta que la plata nos separe’ took advantage of her visit to the place where the awards will take place and danced to the rhythm of ‘Titi asked me’, one of the most popular songs from the most recent album by Bad Bunny, entitled ‘A summer without you’.

The Colombian wiggled her body to the rhythm of this catchy song while wearing an outfit of military green pants and a beige top with a cute front design. The actress crouched down and moved her tail in profile before the camera that was recording her.

This publication by Carmen Villalobos has already exceeded more than 195,000 likes and more than 1,150 comments.

The actress has already accustomed her more than 19.8 million followers to the videos in which she shows herself dancing and enjoying herself. These have become a constant in her Instagram profile. The Colombian also boasts through her social networks of the sensual, elegant and casual outfits she wears on a daily basis and for special events.

Villalobos also usually shares part of his day-to-day life and his professional projects. It was through an Instagram post that she announced her participation in the RCN and Telemundo telenovela, ‘Hasta que la plata nos separe’:

“And this year my name will be… Very happy to finally present this great project to you! UNTIL MONEY SEPARATE US. I feel very honored to star in this story – the second of the great Fernando Gaitan! I hope you enjoy it too much. Until silver separates us is a RCN Television production for @canalrcn and @telemundo”.