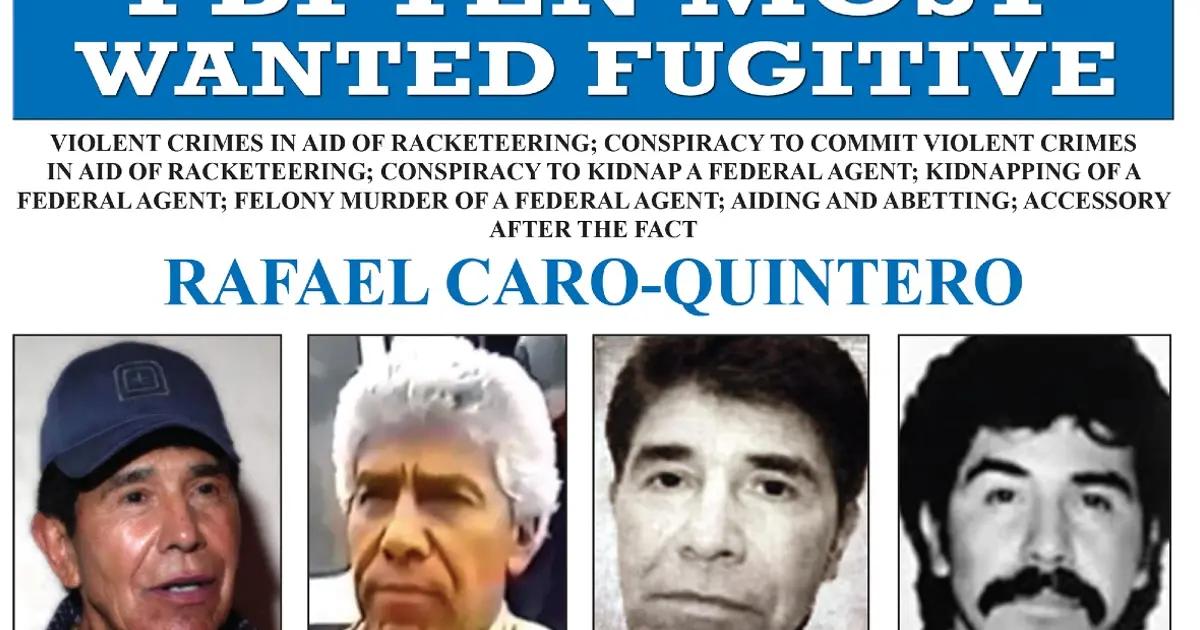 While he remains in a maximum security prison in Mexico, drug trafficker Rafael Caro Quintero continues to fight legally to avoid, at all costs, his extradition to the United States.

Now, the founder of the now defunct Guadalajara Cartel has filed an appeal for review against the definitive suspension of the injunction he filed to prevent the transfer order for extradition purposes.

With this measure taken by the Sinaloa drug lord, a Collegiate Court will have to decide if the appeal is admissible or will be denied to continue with the extradition proceedings.

It should be noted that Rosalinda Méndez, Seventh District Judge for Federal Protections and Trials in the State of Mexico, was the judge who denied the amparo that the so-called “Narco de Narcos” previously filed.

This is part of Caro Quintero’s attempts to avoid being presented before the US justice system, where authorities seek to sentence him for the murder of DEA agent Enrique “Kiki” Camarena.

The new appeal filed by the criminal leader comes a couple of weeks after the Mexican government authorized the United States to confiscate several of his assets, in a move that reinforces cooperation between the two countries in the fight against drug trafficking.

According to US authorities, Caro Quintero used the proceeds from transporting and selling marijuana, methamphetamine and cocaine between January 1980 and March 2015 to purchase properties in and around Guadalajara.

Subsequently, the criminal put all of those assets in the names of family members in order to avoid having them seized by Mexico.

“This seizure sends a powerful message to drug kingpins in Mexico and elsewhere: there are no limits to prosecuting the bad guys and locating their ill-gotten assets wherever they are in the world,” said Breon Peace, U.S. Attorney for the Eastern District of New York.