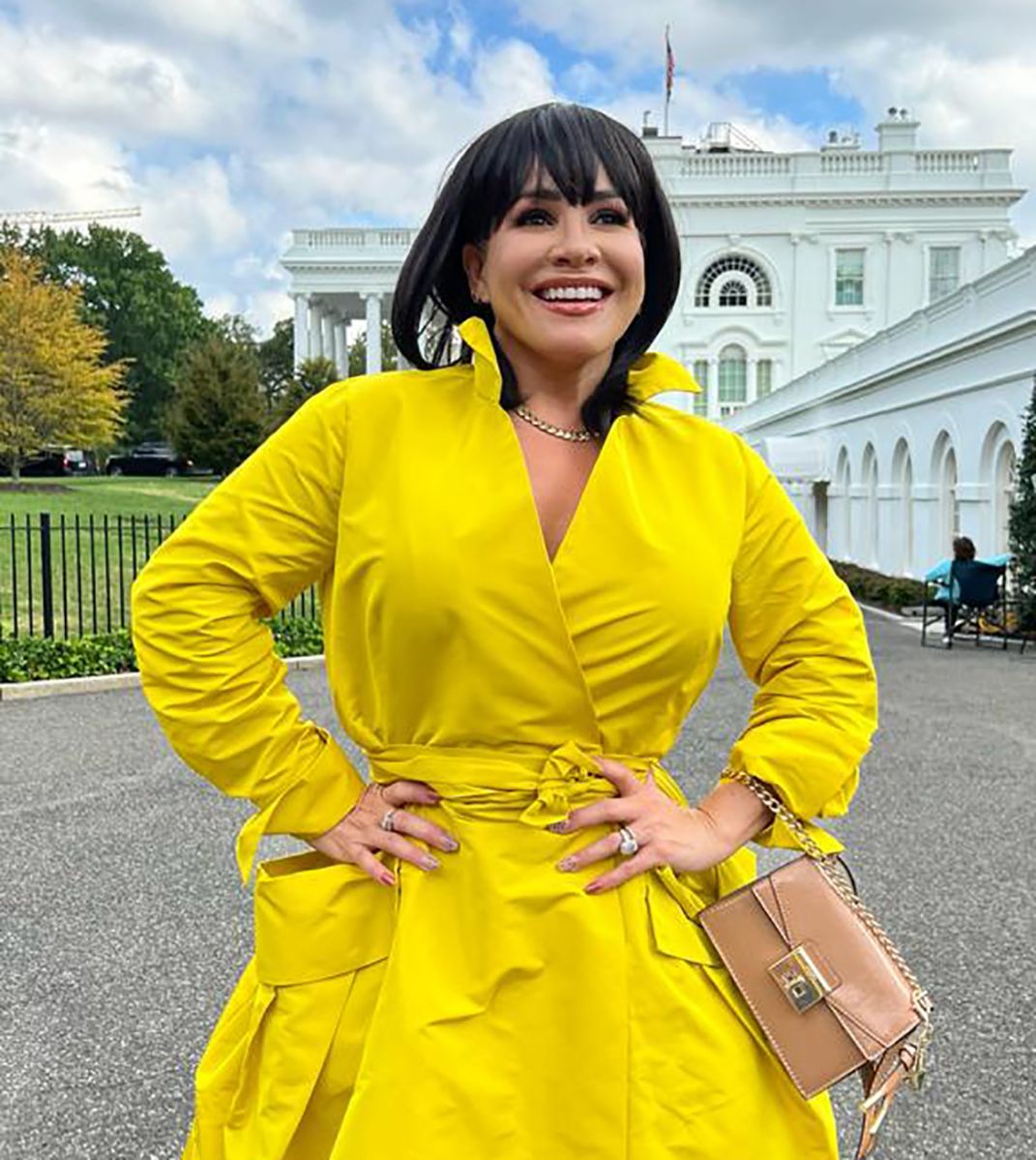 Yes, as you read in the title, it is not a play on words, but what happened today. Carolina Sandoval makes her famous White House lunch.

Why? Because she was invited by the current Joe Biden administration, being the first Hispanic influencer, creator of digital content, in having said honor.

The paradox? Which was just when they announced to their former colleagues that ‘Suelta La Sopa’ was being canceled.

Carolina is, to visit one of the most emblematic places in the United States and the world: The White House.

Although the ‘Lunch with Expensive’ has not yet been published from the White House, we can confirm that it was made in said facilities, with Biden’s deputy communications director, Pili Tobar, with whom he spoke about dreams, Latinos, and the importance of never letting yourself fall and always chasing dreams no matter what happens along the way.

We could also know that Carolina was accompanied by her manager, Iván Carrillo and her right hand, Marlen Bedoya, with whom for several years, even before he left the show business, They created this company that their social networks have become.

With one of her wigs, her inseparable girdle, and to the sound of “Aha, aha”, Carolina was received in the gardens, where they ate the famous Mexican cookies, original recipe of the presidential chefs, who made especially for her.

For the whole day, Carolina was greeted and recognized by most of the employees, many of them let him know that they are not only fans of their content, but they even learned Spanish with their stories.

Surely this is a great achievement for the Venezuelan journalist and businesswoman, who a year and a half ago was headlines in all the media when she was separated from ‘Suelta la Sopa’ for refusing to do the show from the studio and asking to do it at home, as one of the producers was under suspicion of having contracted COVID-19.

In this moment of tell and tell, many mocked that he only had social networks left, the same ones by which he has direct communication with his followers and the one that took her, today to be received at the White House for her lunch.

Let us remember that it is not the first time that Sandoval has a rapprochement with this administration, We have also seen her interviewing Dr. Anthony Fauci, director of the National Institute of Allergies and Infectious Diseases, together with his mother Amalia and her daughter Bárbara Camila at a ‘Lunch with Caro’ to raise awareness about vaccination against COVID-19.

Why did the United States government choose Carolina Sandoval to celebrate Hispanic Heritage Month? There may be many reasons, but without a doubt, the main one is the reach it has with the Hispanic community, especially within the country, with their messages, colloquial and reflective, through their platforms.

DO NOT FORGET TO SEE THESE OTHER STORIES: