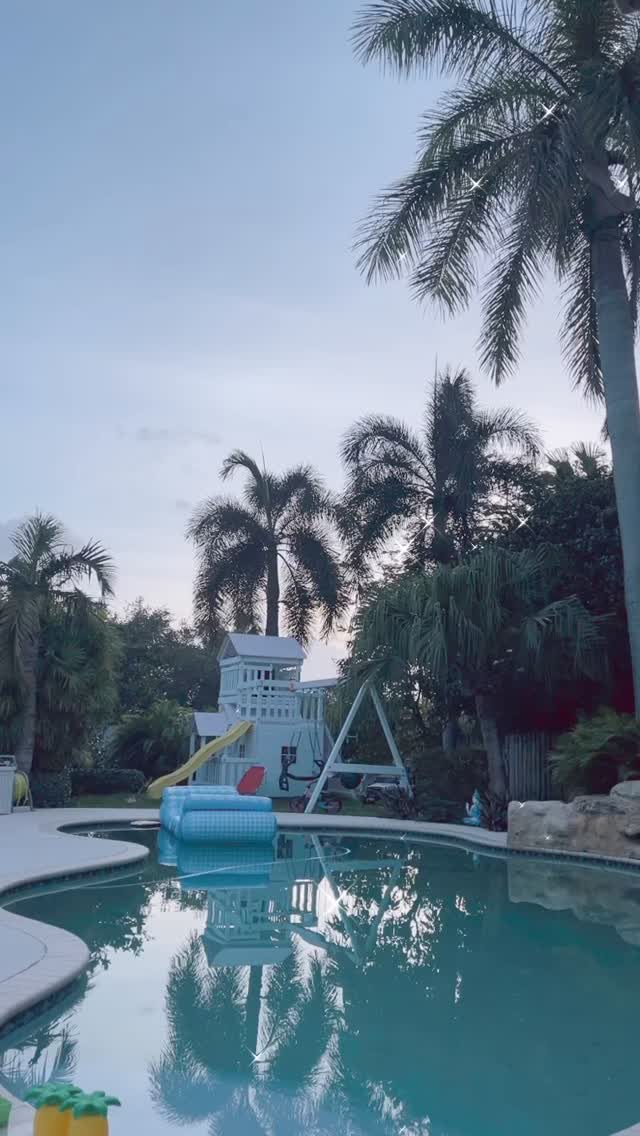 The Venezuelan presenter Caroline Sandoval48, continues as a girl with a new toy with her move, not missing the day when shares details about the house she recently moved into with her husband, Nick Hernández, and their two daughters, Bárbara Camila and Amalia Victoria.

Through a series of videos published on Instagram, ‘La Venenosa’ has shown us how delighted she is with her new garden, which stands out for its green areas, its resort-style pool and its three story doll housealthough little Amalia assures that it is four.

“My dream has come true. It’s my gift, almost birthday, the biggest in the world. It has four floors. Oh, my God”, said Amalia shortly before launching from a blue slide located on the third floor.

The dollhouse, whose facade is white with pink, has a balcony, with viewpoints, with a closed blue slide, with an open yellow slide, with three swings, with an external staircase and with an access door. with the image of two hearts.

As is the case with her mother, Amalia has not yet shown us the interior of the spectacular doll house that she premiered shortly before her sixth birthday, so it would not be surprising if she gave us a house tour in the future.

Although the house gets the spotlight, the resort-style pool also has its own, with its own waterfall in a set of stones and with more than enough space for several sun beds.

The garden, which is equipped with natural grass, is completed by a series of outdoor furniture in the terrace area and by imposing palm trees that give a beach touch to your new property in the state of Florida.

The former Telemundo talent moved into this house after spending nearly six years at his previous propertywhere she lived almost from the beginning of her marriage to Nick Hernández.

Meet the $ 11,800,000 mansion that Britney Spears bought dangerously close to her ex
Eduardo Yáñez stays with the apartment of the deceased Ernesto Alonso after triumphant in the lawsuit
They assure that his wife kicked Sergio ‘Checo’ Pérez out of the house after alleged infidelity with a blonde
Meet the house from which Carolina ‘La Venenosa’ Sandoval moved after six happy years