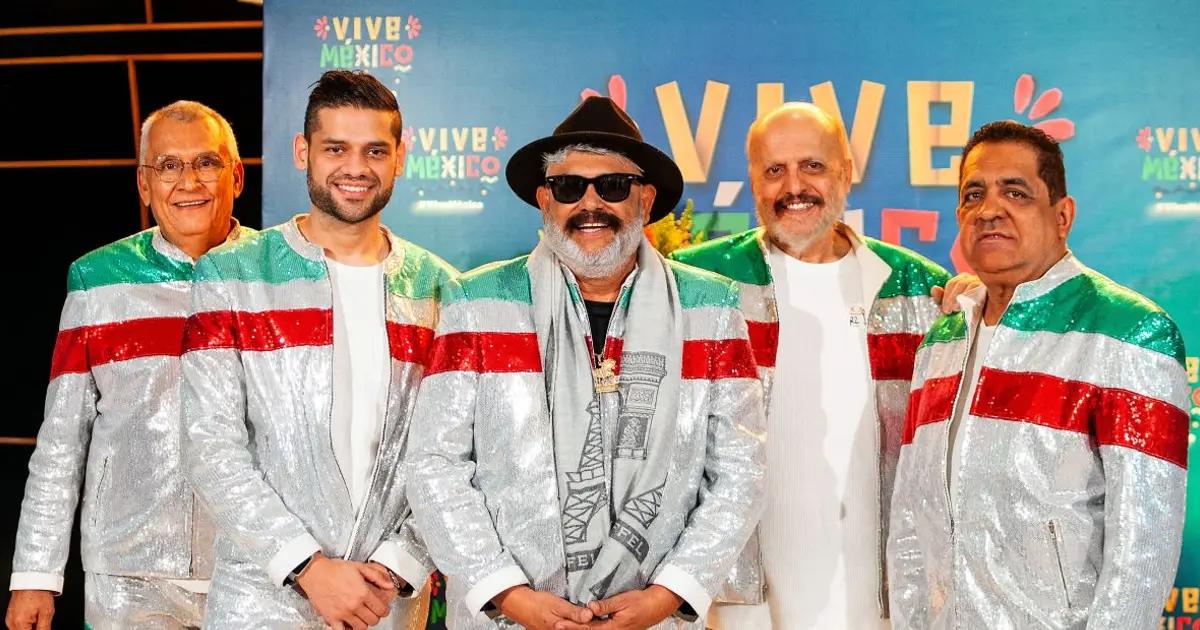 Casimiro Zamudio is hospitalized in an emergency. Life brings unexpected moments that can change in the blink of an eye. Once again, an unfortunate event in the world of show business has come to light. Unfortunately, health is an issue that is always at risk, even worse when it is an unexpected illness.

For several celebrities from all walks of life, 2022 has not brought the best news, and the situation continues. You have been aware of the complicated situations that public figures have gone through, such as separations, close losses, and health complications, among many other things.

The leader of ‘Mi Banda el Mexicano’ was hospitalized

Recently news began to circulate about the vocalist and leader of ‘Mi Banda el Mexicano.’ It has been confirmed that the founder of the successful Mexican group had to be hospitalized in an emergency, which has caused great outrage among his loyal followers after worrying about his health condition.

This is Casimiro Zamudio, the founder of the renowned Mexican group ‘Mi Banda el Mexicano.’ The news began to circulate through social networks opening the way for reactions from Internet users and even more from those who know him and are considered fans of the group.

Don Casimiro Zamudio is hospitalized in an emergency

We will know that within social networks, infinite things are shared and seen by Internet users. Still, these have a great impact when celebrities or public figures who begin to be recognized share such content, which has happened with Casimiro Zamudio.

News about celebrities within said platforms can be shared by themselves or by other media dedicated to showing business. In this case, Chamonic’s official Instagram account reported that the vocalist and leader of ‘Mi Banda el Mexicano’ had to be hospitalized at the last minute. Archived as: Casimiro Zamudio hospitalized in an emergency.

The leader of ‘Mi Banda el Mexicano’ was diagnosed with UTI.

According to the journalist’s reports, Casimiro Zamudio is hospitalized in Mazatlan Sinaloa and is reported to be stable. All this happened after he was diagnosed with a urinary tract infection last Friday, November 11, when he arrived in California to perform his successful presentations.

Due to the symptoms that the founder of the Mexican band presented, his son Alan was in charge of pulling out of the show that Friday night. When Don Casimiro arrived in San Francisco, California, he began to feel very ill and immediately received medical attention. He was diagnosed with an infection that prevented him from giving the concert in Redwood City. Archived as: Casimiro Zamudio hospitalized in an emergency.

His son, Alan Zamudio, went out to give the show they had prepared in California.

In response to this, his son, Alan Zamudio, was forced to make the planned show go ahead, and with the help of the rest of his bandmates, they could carry out the successful presentation. So far, it is only known that Don Casimiro is in stable condition, but no further details regarding his health have been released.

Many Internet users reacted with the begging emoji as a sign of their wishes for his speedy recovery. Casimiro Zamudio, last May, was celebrating his 50 decades as the founder of the successful band, as he shared during an interview with Mara Patricia Castañeda, “Five decades, it is said like that, but they have gone by very fast.” Archived as: Casimiro Zamudio hospitalized in an emergency.

Fortunately, the singer is stable.

“We are very happy, very proud to achieve the main goal, which is to go down in the history of a country; not just anyone does it, there are many who are already within this range, but we already belong to the musical history of a country,” he continued during the interview.

It is worth mentioning that several rumors about his possible retirement began to surface some time ago. However, the leader of ‘Mi Banda el Mexicano’ has made it more than clear that there is still Casimiro for a while on stage. His hospitalization was confirmed through La Chicuela’s website, while Mara Patricia Castañeda’s blog revealed his 50th birthday, and Soy Grupero’s blog on the speculation of his departure from the group. Archived as: Casimiro Zamudio hospitalized in an emergency.