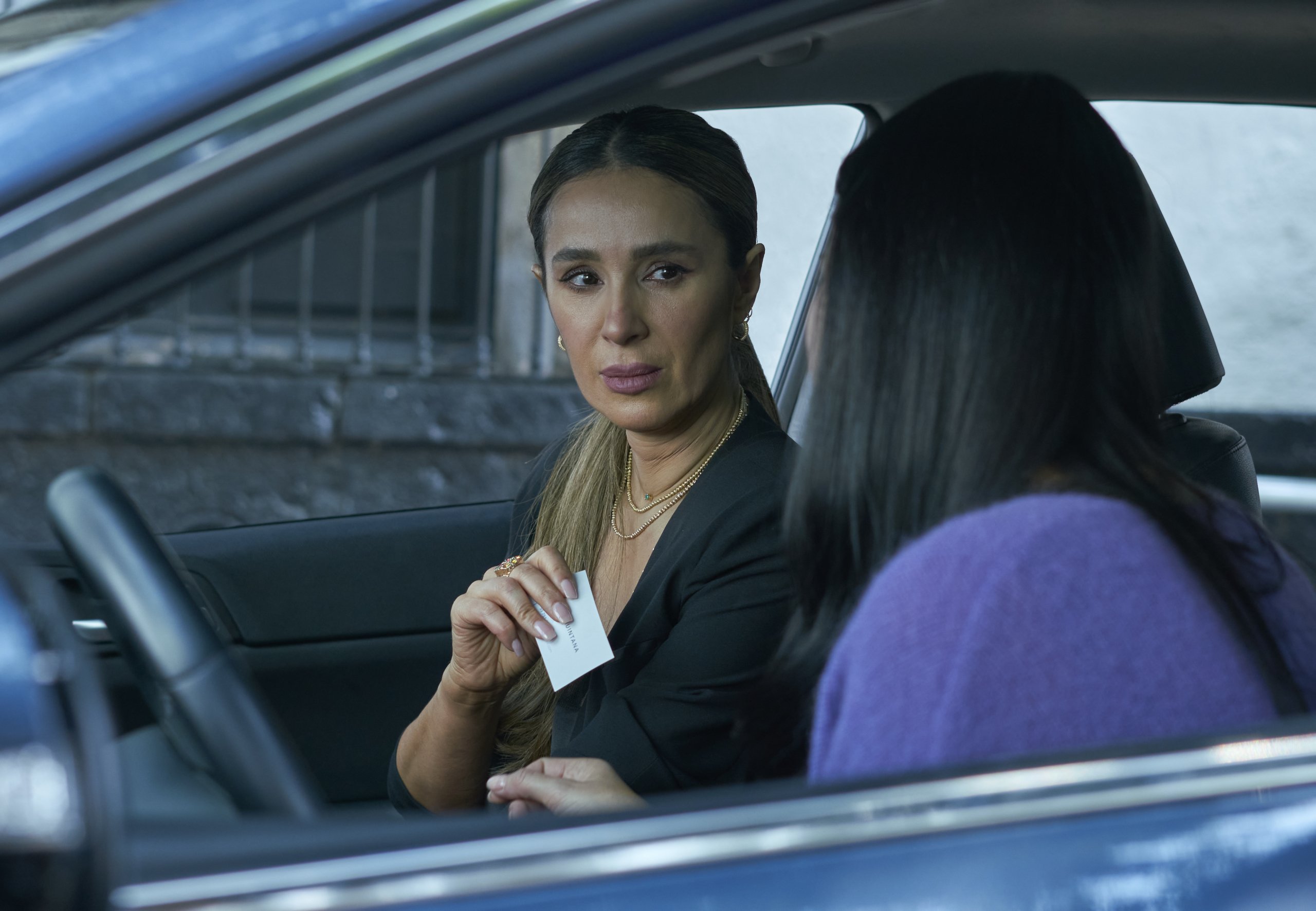 Colombian actress Catherine Siachoque She had always dreamed of working in Mexico, but the projects they offered her ended up not materializing until “Dark Desire” arrived, a series in which she sends a message of sisterhood, she said Thursday in an interview with Efe.

“Being able to see yourself in another mirror, seeing someone else who is experiencing the same thing, is a very good thing.“Says Siachoque, 50, who plays Lys in the Netflix fiction, a strong and seductive woman who in her past suffered abuse from a partner.

Her character, like other women in history, have something in common: “unhealthy love“

The advances on the series that Netflix premieres this Wednesday show Siachoque as another victim of the protagonist Darío Guerra (Alexander Speitzer), a violent and controlling man, who in the eyes of society is a handsome and brilliant young man.

“(The series) has great female characters, I think the writer is wonderful. (Lys) is a very cultured and sensitive woman who is always making literary references. One of the things that I had to do was immerse myself a little so that they came out natural and that it didn’t sound like something recited from memory. I had to reread books“, explains the actress, fascinated with some of the novels that she had to revisit, such as “Hopscotch”, by Julio Cortázar.

Due to the daily nature of the issues of abuse in real life, it was not difficult for the actress to understand Lys’s pain, since she assures that she has been close to people who have suffered this situation, which afflicts her.

“Throughout life there have been topics that are taboo and that people do not talk about, but that happen to many people and all the time“, he reflects.

For this reason, she is also glad that there has been an evolution in the narratives when it comes to telling sexuality from the female point of view.

“Before it was a lot of men who seduced women and they all fell for it and now we see women like Lys, who takes the lead and does what she wants. In addition, the series is on a platform and not on an open channel, so this topic can be told more explicitly, ”she says.

If one thing was clear to Catherine, who has been studying at the University of Miami for a few years now, it is that a project had to be good enough to get her to take a break from her studies.

“I said I am going to lower the level of the university when there is a project that really seduces me, that makes me fall in love, because the pandemic really helped us to reevaluate things. There were several projects that did not interest me and when this came I said: ‘this has to be done’”, mentions the Colombian.

But another aspect that made her accept was her deep love for Mexico and her desire to work in the country.

“I was always there ready to do a character and I had to go do something else, they were always elusive. My husband has worked a lot in Mexico, my parents lived there and I said, when? But I believe a lot in God and in the signs of life and for some reason it was not before and she was right now, ”she assures.

Siachoque is already waiting for the premiere of Telemundo’s “La mujer de mi vida”, a project in which she will give life to Marcela, a woman so opposed to her character as Lys in “Oscuro Desire” that it was what made her accept the project.