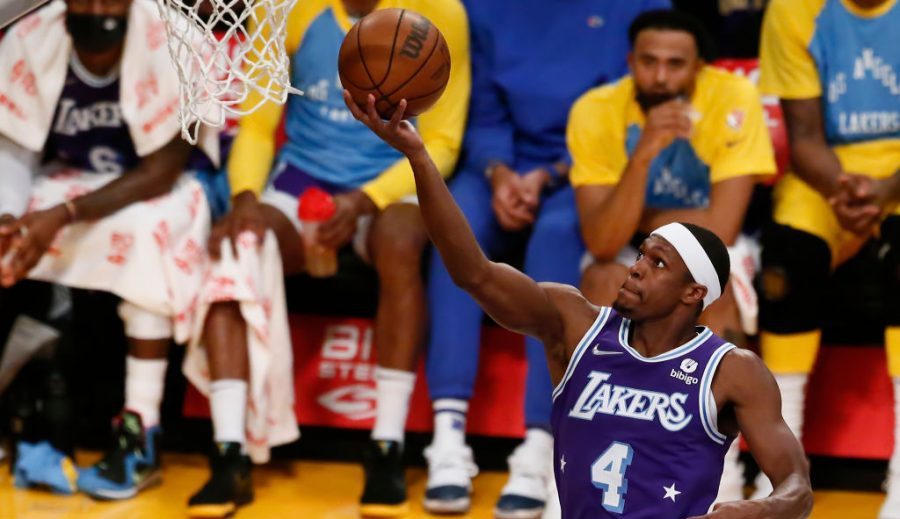 The Cleveland Cavaliers have made the incorporation of Rajon Rondo official after a three-way move that has involved the Los Angeles Lakers and the New York Knicks.

Rondo, 35, will occupy the gap left by Ricky Rubio, who will miss the remainder of the season after breaking the anterior cruciate ligament in his knee on December 29. The point guard averages just 3.2 points and 3.7 assists this season, so his role in Cleveland could well be framed more as the veteran who accompanies a young and cohesive block, settled in the Eastern Conference Playoffs positions.

The transfer has finally changed the fate of Denzel Valentine, who will call at Madison Square Garden. The former 14th in the 2016 Draft had been included in the original trade between the Cavs and Lakers, but the Angelenos have chosen to include the Knicks in the operation, free up salary and leave a space on the roster.

Valentine, who landed in Cleveland this summer after four seasons with a declining return in Chicago due to injuries, has had little presence in the Bickerstaff team (just 9 minutes on average in 22 games out of 37 possible). Now, in NY, you will have to wait for what moves New Yorkers make. Thibodeau’s men would have to terminate at least one contract if they want to sign the Michigan State shooting guard. If he continues in the squad after January 7 has passed (early morning from Friday to Saturday in Spain), the Knicks will have to pay him $ 1 million.

In the move, the New York franchise has also received the rights to Chinese Wang Zhelin and former Valencia Basket and Gran Canaria player Brad Newley (drafted in 54th place in 2007).

And what do the Lakers get? The Los Angeles franchise has acquired the rights to Louis Labeyrie, currently a Valencia Basket player. The French interior was chosen by the Pacers in 2014 and transferred that same night to NY. Despite having played in the Summer League (2017), he has not yet played in the NBA.

With Rondo’s move to the Cavaliers, all eyes are now on Kevin Pangos. The Canadian, with a residual role so far this season (discreet averages of 2.2 points and 1.7 assists in 18 games), has chained eight consecutive games dressing short. The last three, as a starter. The ex of Zenit has averaged 24.5 minutes in this small section starting with 5.6 points, 4.6 assists and 1 loss. The Cavs have lost 2 of those 3 games.

«As a person and professional he is being incredible. He trains hard every day and you can see his ability to lead a match. We have to find a way to play our point guards together, “explained Cavaliers coach Bickerstaff a week ago.

In the next matches we will see what is the definitive fit of Pangos in a team that has fun and competes equally. “I’m learning a lot from day to day and enjoying what was a dream for me, playing in the NBA. I’m fighting to play more, but the experience has been fantastic, “said the point guard in a recent interview on HoopsHype.

Pangos signed a 2-year contract this summer at a rate of $ 3.5 million.