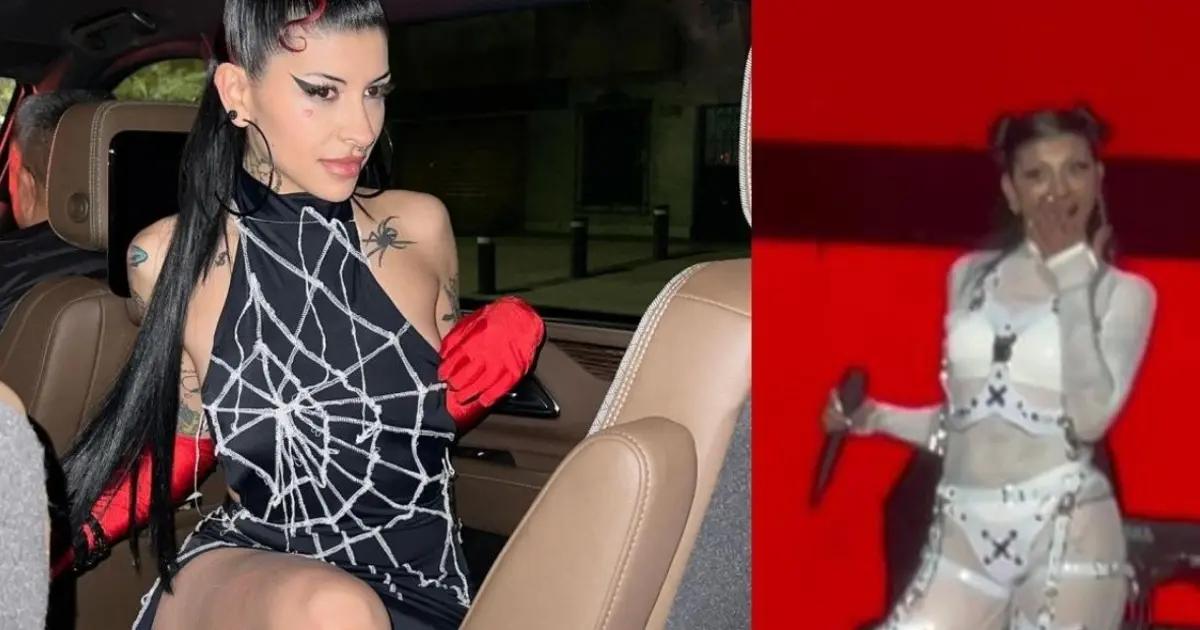 The Flow Fest 2022 was recently held in CDMX, where many urban artists and their fans gathered, where Cazzu, the Argentinean singer of the moment and girlfriend of Mexican Christian Nodal, stood out.

During her live set, the 28-year-old singer annoyed the audience and was booed as she made fun of the Mexican National Team’s defeat of Argentina during the match on Saturday, November 26.

Cazzu had his presentation on the same day of the Mexico-Argentina match, where the opposing team took the victory, and those present were upset with the action. “Are you sad because you lost?” the singer asked, and the audience responded with boos, shouts, and expletives.

The moment was recorded by several of those present. It was later published on the Internet and immediately went viral after reaching different social networks, unleashing all kinds of reactions.

Many expressed their annoyance at the action, as they thought it was an unfunny joke, but others just laughed at what happened, as they assured that it was not a disrespectful comment. She wanted to connect more with the public.

Later, Cazzu, Christian Nodal’s girlfriend, congratulated the Mexicans for a “tremendous game” and clarified that she does not care about soccer, as she is a music lover.