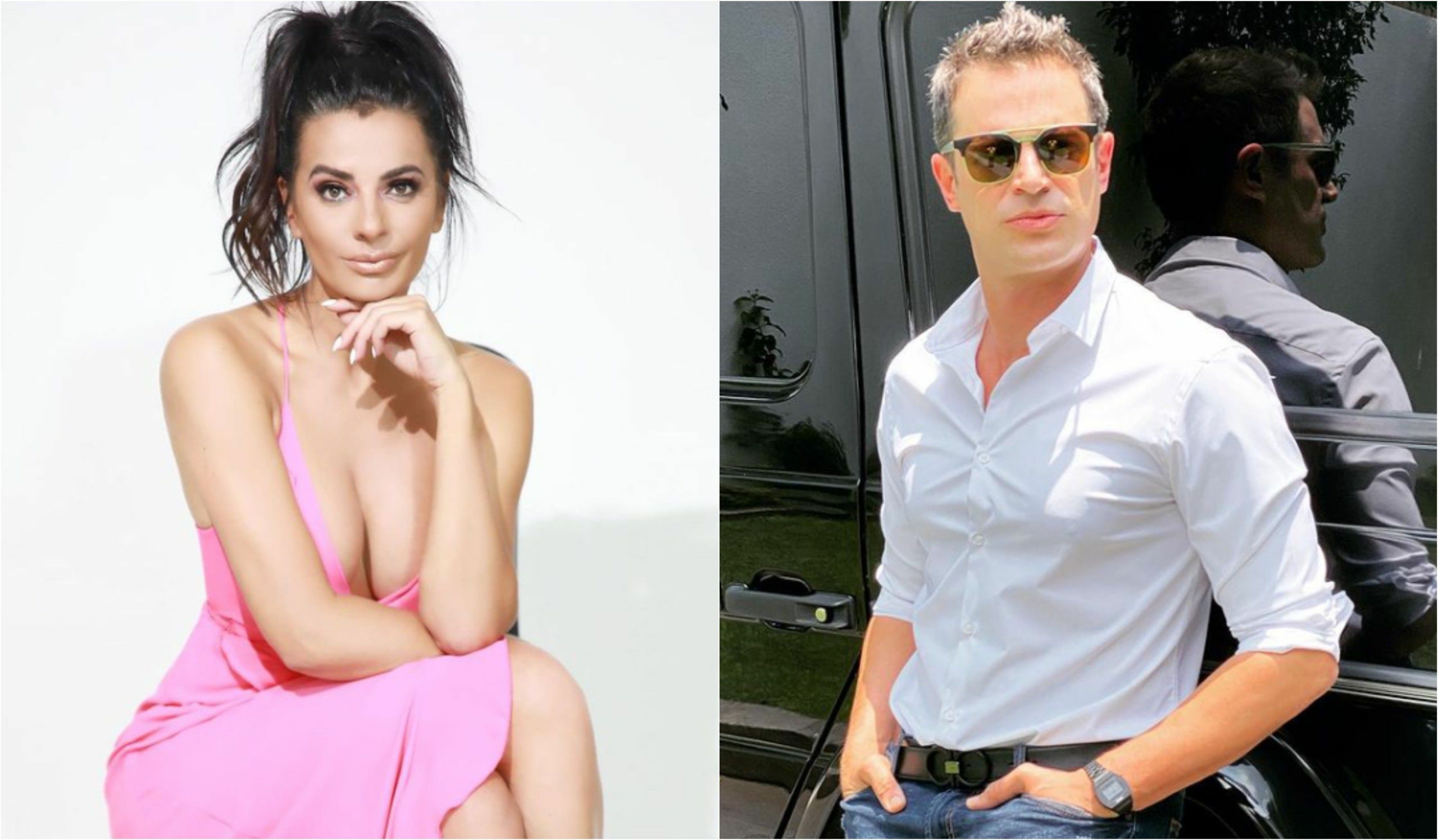 On January 14, 2022, the Argentine host and actress, Cecilia Galliano, interviewed the famous 44-year-old Mexican actor, Mark Thatcher. There they started a talk about the histrion’s dreams, his current career and his past relationship that was nothing to formalize on the altar.

In the middle of the interview, Cecilia Galliano asked Mark Tacher if he thought she had been unfaithful in the time they were together, so the actor took a while to answer and even thought a lot about his answer.

“I was almost the same as my script. Was I mean to you? Was I unfaithful to you??” asked the actress The Heartless (2021) to which Mark Tacher replied that he did not know and that there was no way to know., because the only one who could confirm it would be the driver.

Galliano’s response surprised Alejandro Tacher’s son: “I’m going to ask you not to ask the same question on this side, because you’re not going to like it,” given the answer, the actor of Triumph of Love he was silent, apparently he was assimilating what his ex-partner had said and ended the action with: “Uncomfortable moment”.

To end the interview, Cecilia questioned Tacher about whether he would like to return with an ex-partner or with her: “Is there a part of you that wants to get back with the other person?”, was one of the questions that arose.

Both stressed that they were willing to return, in addition Cecilia Galliano clarified that after the relationship she has remained single for 7 years and that both she and Mark are single and more mature than they were a few years ago.

Mark and Cecilia started dating in May 2011, although they kept it a secret, since she wase was divorcing Sebastián Rulli and he was divorcing Mónica Fonseca. It was until November of that same year that they made their relationship public and for a time they were seen to be very much in love traveling together everywhere.

They never set a date, but no one doubted the love they emanated and practically did the same as any married couple, just two years after they would have started a relationship, they announced their separation, recognizing strong fights and differences, since Mark wanted a child.

Despite this, the two continued to spend time together, especially when she was diagnosed with a heart problem in 2015. They returned for a while that year, but it didn’t last long as she apparently got fed up with Mark’s bad mood and he argued that Cecilia was incredibly jealous.

Subsequently, each of the actors went their way and Mark Thatcher had a brief marriage to Cynthia Alesco in 2019 which ended that same year and explained that after that break, he sees the possibility of getting together again very difficult.

“I don’t regret getting married because, well, what for? What good is it for me to repent? Now that’s all, because I would never do it again,” he said. the sun rises in July 2020.

For her part, over the years Cecilia Galliano has been romantically linked with various characters from the national show business. However, he has denied every occasion as he did with Jose Alberto The Guero Castro with whom he was related at the end of 2021.

“I to the Lord Guero I respect him a lotI have known him for many years, he gave me a great opportunity, I love him very much. And there we left to see all together the last chapter of The Heartless. no there is no romance”, assured Argentina in an interview for Tell me what you know.

Cecilia Galliano and “El Güero” Castro could be premiering romance

“They behaved horribly with me”: Mark Tacher talked about his divorce from Cynthia Alesco