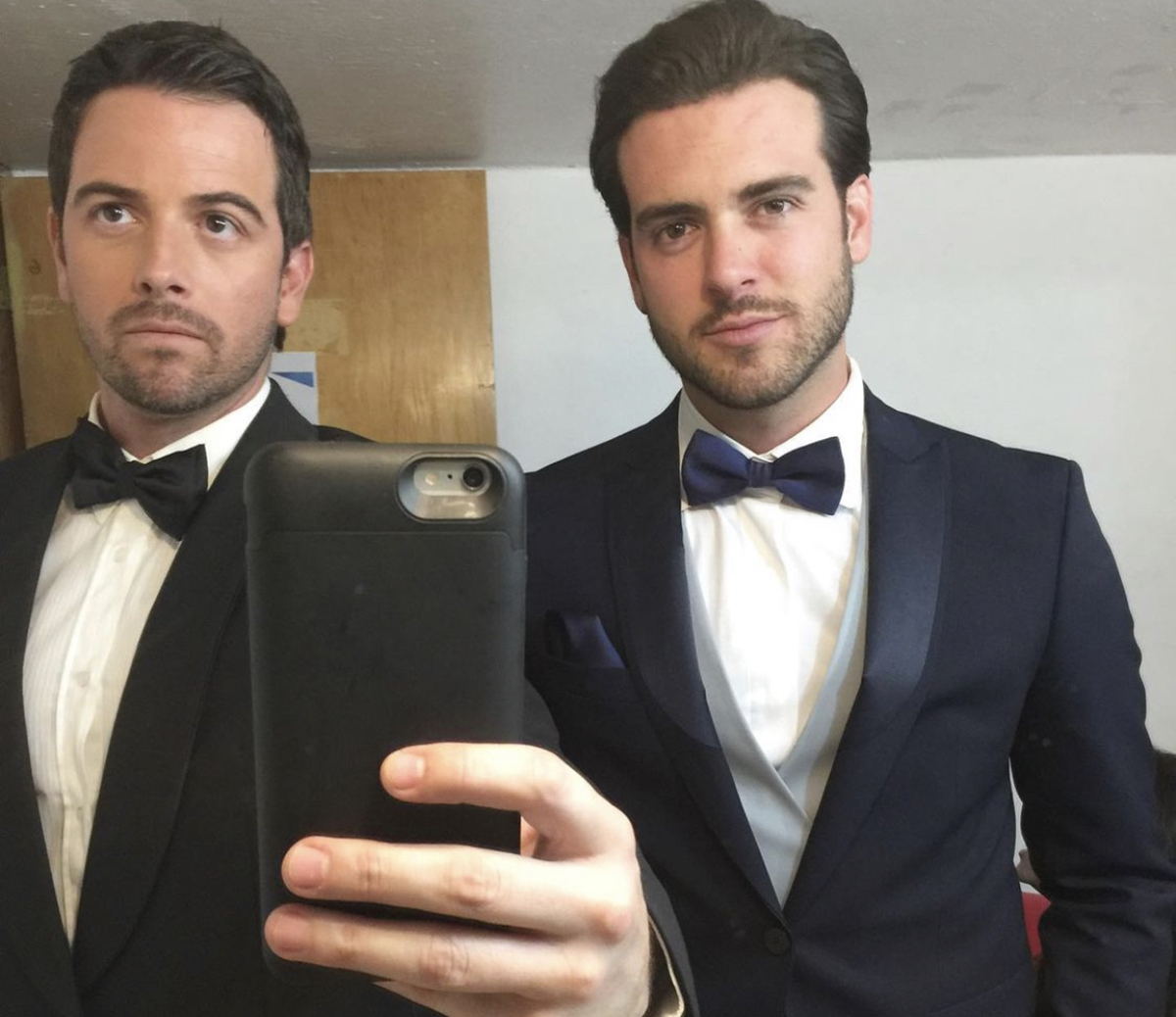 Celebrities stand in solidarity with Pablo Lyle after he was found guilty of involuntary manslaughter in a Miami court. The Cause? Three years ago, Juan Ricardo Hernandez, a 63-year-old man, died from brain injuries caused by falling on the cement after being hit by the Mexican actor in the middle of a traffic altercation.

Who spoke out? Michelle Renaud, Sherlyn, Andrea Legarreta, and Mané de la Parra were some of the talents who shared their support:

“I am very saddened by everything Pablo Lyle is going through. I just want to say that I worked with him for many months, and I met a father and husband who gives everything to his family, is a great partner, and is very loving and human like everyone else. Only God knows why he gives us the trials, but I want to express all my support, love, and affection to Pablo, Ana, his children, and all his family. I wish it would be soon that he is where he has to be, with his children.♥️. #fuerzaPablo “, Michelle Renaud.

“Today is a sad day! My heart hurts for @pablolyle and the family of Mr. I want to tell you that I met Pablo many years ago in a beautiful project, ‘ Una Familia con Suerte,’ Fiction made us brothers. Life made us great friends. Pablo is a good man, honest, loyal, protective of his family and those he loves, attentive to anything you need, a loving son, a devoted father, a noble human being with a good heart, funny, and talented. It pains me greatly that an irrational moment by both Mr. and Paul has brought so much pain to both families. An incident like this does not define people, all my love to his family and my prayers for him to return soon to embrace his children, his brothers, his dad, and his wife. All of us who love him #fuerzaPablo Today, I ask you to please say a prayer for him before you go to sleep,” Sherlyn.

“What I love about Pablo… The pain and sadness that causes me what he has lived for more than three years as a result of a bad reaction or impulse but as human as many and that he never imagined, nor wished for such a tragic result… They say that for war, it takes two or more… Here is the result of two people who could have avoided that confrontation, and everything would have been so different… May this terrible situation serve as a lesson to all of us for the two families. May it remind us that we must use reason before a visceral reaction because it can change our lives, loved ones, and others…

I know what kind of human being he is!!! Pablo would never in his life have wished for the death of someone, much less provoke something like that… And I know of his pain and suffering since that fateful day… I also know of his repentance and what he has worked on spiritually in love and growth… He has done great inner work, mental, of acceptance, forgiveness, and love… God tucked in both families… It is the case of good people with wrong decisions… Every day, I come across people behind the wheel or in the streets, full of violence, intolerance, or evil, same on the networks and obvious in the news… It is time to put a personal stop to our outbursts of anger and gather our hearts, conscience, and reason… We can always be better… Let’s start with our families and us! Blessings to all!!! #FuerzaPablo 🙌🏻🙏🏻❤️”, Andrea Legarreta.

“Dear #twin and friend @pablolyle, I am so saddened by all that you and all involved are going through. No doubt, this was a tragedy for both families and everyone. I can only say that I know your heart and what a good man you are. I send you all the strength and love in the world. All this leaves a very strong lesson for all of us! I know that you never wished evil to anyone, nor did you think this could happen, as you certainly would never have done something like this. We can all make mistakes, and those mistakes can change our lives. I hope we all learn that violence should never be the way, but also, to those who now judge you, do not forget that we all make mistakes and have all made more than one bad decision in life. I am with you today and always! You have always been a great dad, a great friend, and a great human being”, Mané de la Parra.

Recall that Pablo Lyle was arrested in March 2019 after the traffic incident in which he hit Juan Ricardo Hernandez, a 63-year-old man who lost his life days later due to the brain damage he suffered when he fell after receiving a blow from the actor.

Lyle was arrested at the airport before boarding a flight to Mexico. After paying bail of 50 thousand dollars, he received a conditional release. Still, shortly after, he was placed under house arrest, which he served throughout the last three years wearing a GPS monitor on his ankle that allowed the authorities to monitor his movements 24 hours a day.

More than three years passed before the trial finally began. During the pandemic, the requests for time from the lawyer and prosecutor lengthened the wait. After the election of the jury and a week of trial, Pablo Lyle received the sentence of guilty by involuntary manslaughter.

Although he was immediately placed in a provisional jail, it will be at the end of the month when Judge Marisa Tinkler Mendez, who is in charge of the case, will read him the definitive sentence, which can range from 9 and a half to 15 years. In the meantime, the defense attorneys can appeal the jury’s decision.