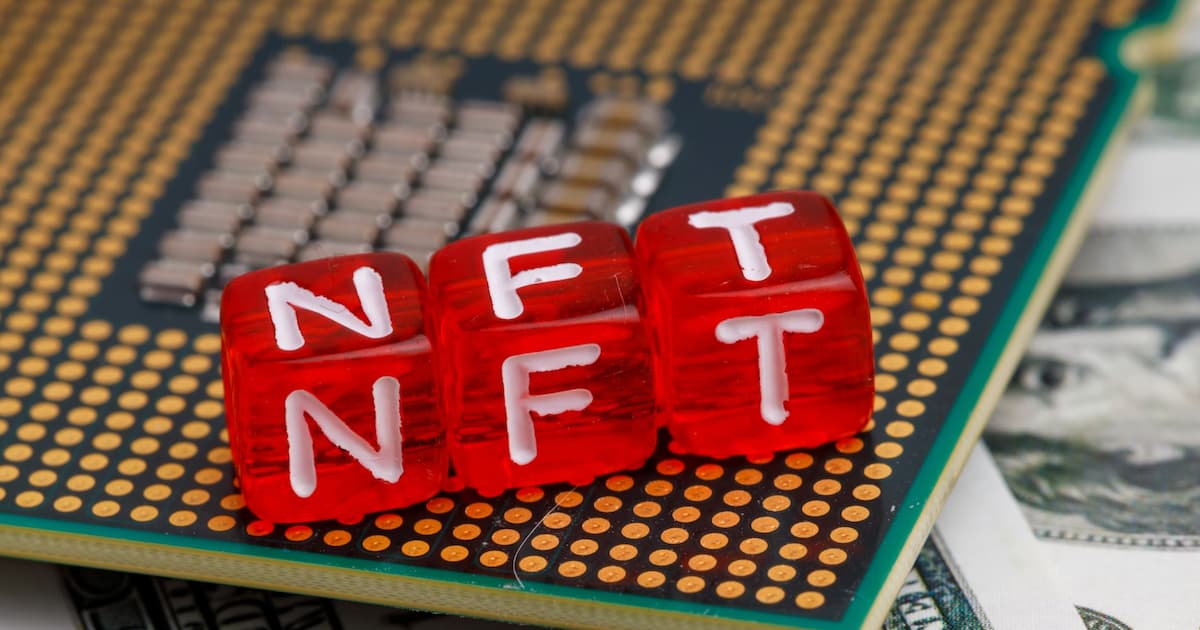 It’s no surprise that NFTs have gained popularity among celebrities, with many seeing the value in creating their own unique and exclusive digital tokens. From artwork to collectibles, these NFTs have fetched impressive prices on the market, with some selling for several million dollars. The exclusivity of NFTs is a major draw for collectors and fans, who are willing to pay a premium for one-of-a-kind items.

NFTs have taken over the tech world, as celebrities, athletes, and even former U.S. President Donald Trump have created their own NFTs that are becoming very valuable on the market. Therefore, the prices on these NFTs can often be several million dollars, but the exclusivity of the non-fungible tokens is what draws many to this blockchain technology. Here are some of the NFTs made by celebrities that are quite remarkable.

Real Madrid footballer and 2018 Ballon d’Or winner Luka Modric is joining the world of non-fungible tokens (NFTs) with his first collection on Ethernity Chain. The collection, which is being brokered by ISL – Ethernity’s official and exclusive soccer partner – will feature Modric’s NFT artwork called “Submerse,” which depicts the athlete kicking a ball underwater. In addition to “Submerse,” Modric has also released two jerseys in the colors of the Croatian flag. Further details about the collection can be read here.

Modric follows in the footsteps of fellow soccer stars Lionel Messi and Luis Suarez, who both launched successful NFT collections on Ethernity in recent months. Messi’s collection grossed $3.4 million on its first day, while Ethernity’s previous NFTs for Copa America, Suarez, and Messi accumulated sales of over $5 million, solidifying Ethernity and ISL as leaders in digital art in the soccer industry.

“We are excited to continue bringing the biggest soccer names in history to join the exclusive talent family of Ethernity,” said Marc Segarra, ISL Managing Partner. “Modric is gold and represents a transgenerational legend whose legacy will remain forever after launching his first NFT collection on Ethernity.”

ISL and Ethernity will also be announcing more NFT collections with top global soccer brands in the coming months.

The British musician, often called the Prince of Darkness, has created a wacky NFT. Inspired by when Osbourne bit a bat’s head off during a concert, he has now created CryptoBatz, which can ‘bite’ other NFTs.

If you wish to get a hold of NFTs like the ones from Ozzy Osbourne, you need to know how to buy from an NFT marketplace. It can be difficult telling the good marketplaces apart from the bad ones, but with the help of experts, you can be sure to find one that fits your needs. From there, you need to have a crypto wallet, and there is endless time for exploration and build a fully blown crypto portfolio.

Another football-related NFT is the collection by Andrés Iniesta. Many fans of FC Barcelona and the Spanish national team probably remember the 2009 goal against Chelsea or the World Cup goal against South Africa. Both goals were so iconic that they had been put up for sale. The illustrations are created by French artist Richard Orlinski, who has also illustrated Cristiano Ronaldo and Mbappé.

The supermodel is not just delving into acting and activism, as NFT has become her next move. Here is a very interesting interview on Bella Hadid’s new venture into the NFT world. Bella Hadid has become an icon on social media, and it seems natural that she would enter the metaverse as CY-B3LLA. Since she has had an interest in gaming since childhood, this seems like a lifelong dream for her. In collaboration with a social metaverse site, she has released 11,111 unique works, where different creatives have taken 3D scans of her body and have made her into a cyborg.

If there is someone who should make an NFT, it is the Canadian musician Grimes. Known for her alien and fairy-like aesthetics, she created a series of 10 pieces consisting of both videos and pictures. The videos are set to her own songs and feature a cross and flying cherubs. However, her fans had to be quick, as she sold the collection for around $6 million, with an exclusive video being sold for almost $389,000. As reported by Hypebeast, she finally made a great sale of around $6 million.

In 2021, Paris Hilton launched an NFT collection featuring a series of digital artworks and GIFs. As mentioned in the Guardian, the collection was a collaboration with artist Trevor Jones and was marketed as a way for Hilton’s fans to own a piece of her digital identity.

In 2021, Kings Of Leon made history by releasing their album “When You See Yourself” as a collection of non-fungible tokens (NFTs). These digital assets, which contained exclusive album artwork and limited edition “Golden Eye” vinyl, were a major success, generating over $2 million in sales and attracting attention from fans and industry insiders alike. On New Musical Express, they talk about the release of “When You See Yourself” as an NFT, as one of the first major experiments with this technology in the music industry and sparked a wave of similar releases by other artists.

In April 2022, Kevin Smith’s comedy-horror anthology “KillRoy Was Here” was released exclusively as a collection of non-fungible tokens (NFTs) on the Legendao platform. The NFTs, which were available for purchase over the next three months, included the film, exclusive behind-the-scenes footage, a commentary track, and exclusive art. IndieWire states that the only way to view the film was to purchase one of the 5,555 NFTs, which provided a “crypto key” for access. This marked a significant moment in the adoption of NFTs in the entertainment industry, as filmmakers and executives saw the technology as a way to interact with audiences, raise money, create new distribution channels, and involve fans in the creative process.