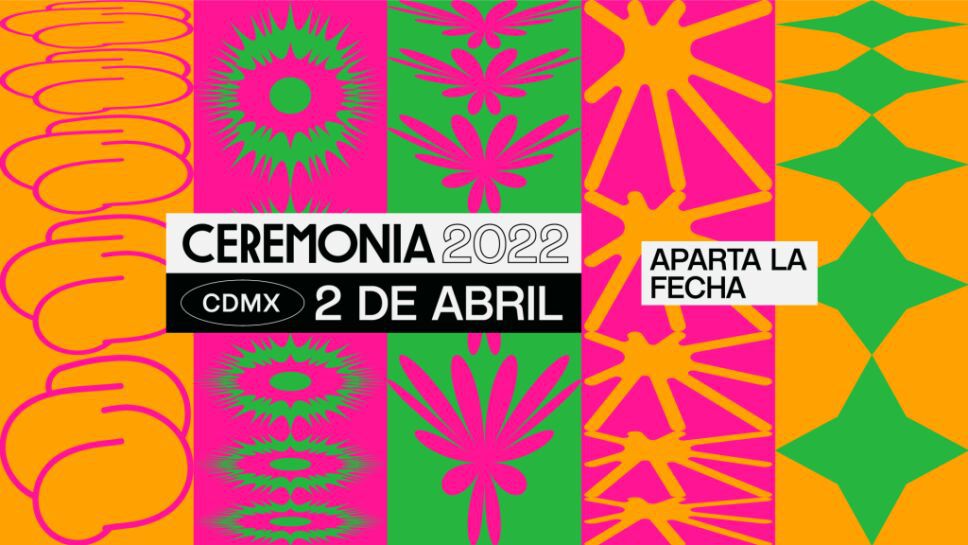 The Ceremonia Festival returns to CDMX after 2 years of absence (Photo: Screenshot)

Despite the rise in the number of infections by COVID-19 in the country, the massive events that are planned for this year are still going on, as well as new ones have been announced, such is the case of the new edition of Ceremonia Festival, which had to cancel its 2020 and 2021 editions due to the health pandemic.

With artists never seen before in Mexico City, next April 2, 2022 the Bicentennial Park will witness how the fans enjoy international level musicians. But nevertheless, national talents were not far behind and they will make their followers sing the most emblematic songs within their repertoire.

Headed by American rapper A$AP Rocky, the poster shows the participation of the Argentine Nathy Peluso and Nicky Nicole; the winner of Grammys, Tainy, and also the greatest exponent of corridos from the city of Hermosillo, Sonora, Nathanael Cano.

However, who also drew attention despite the fact that his name is not among the headliners, were the Mexicans Samantha Barron, theme performer draw me, which already has more than 96 million visits in Youtube; and Selene, who has recently become more popular and showed the thickness of his talent in his participation in the reboot of the Mexican soap opera Rebelde.

Also, it is expected that music fans who were not yet convinced by the poster, change your mind when the other surprise acts are revealed that they arrive in Aztec lands

According to the official page of the event, pre-sale tickets for Citibanamex bank users starts this 19th and ends on january 20th, but nevertheless, there is no predetermined fixed date for sale to the general public yet.

The site indicates that There are two types of tickets: general and plus. With the first you will have access to the festival and all the stages, as well as the food and bar area. While with the second you have the privilege of preferential parking, fast lane, access to the Plus area of ​​the stages, VIP bathrooms, battery for cell phone charging, wardrobe, cocktail bar and specialized gastronomy, online concierge and rest area.

On the other hand, the next massive event to be held in the country’s capital is Vive Latino, which will take place on Saturday, March 19 and Saturday, March 20, 2022 at the Hermanos Rodríguez Autodrome.

While the singers and bands confirmed for Sunday March 20, 2022 are: Love of Lesbian, C. Tangana, Siddhartha, Resident, Aczino, The Fabulous Cadillacs, The Blind Worm, MS band, Biznaga, Black Pumas, The Not So Sad, among others.