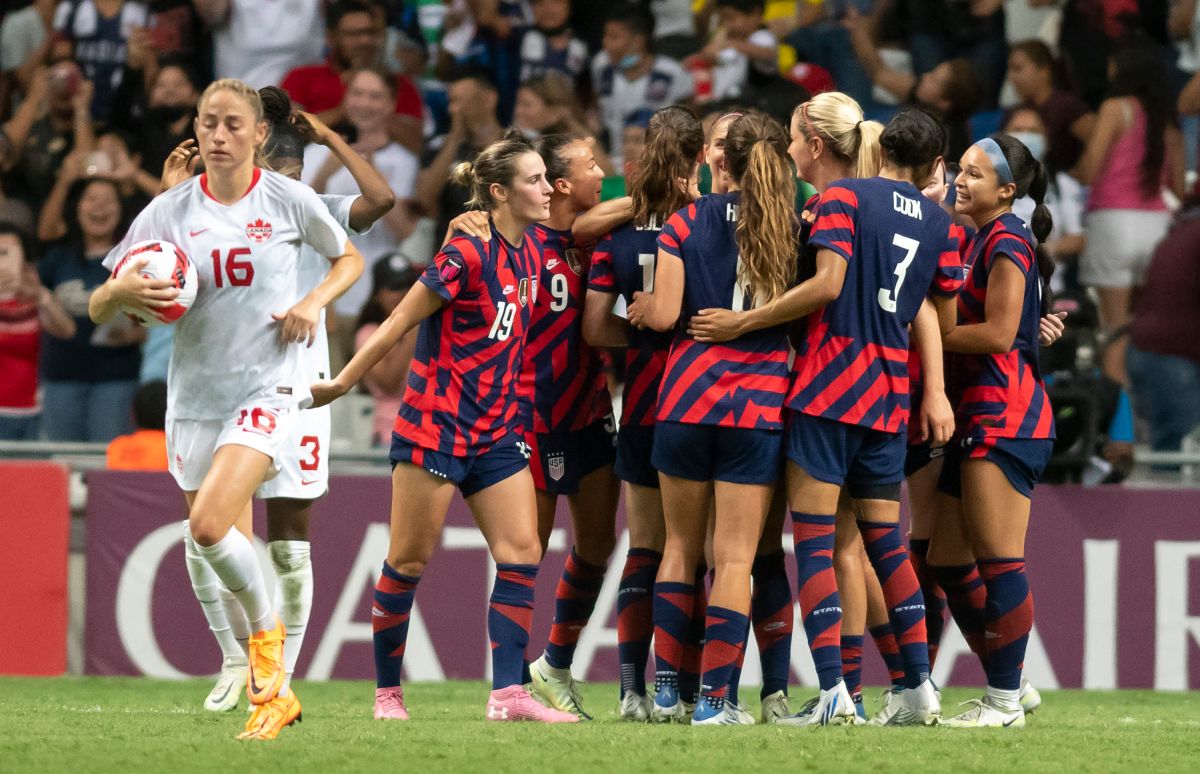 The United States team defeated Canada 1-0 on Monday, with a penalty goal by Alex Morganand won the Concacaf W Championship title, qualifying for the 2024 Paris Olympics.

The United States came out to impose conditions, they dominated at the start, but the Canadians were planted well behind, which caused a first round trip in which both teams had arrivals, although there was no one who would give the lethal blow.

Mallory Pugh and Sophia Smith created danger for the Americans and Canada came close to scoring with a shot from Nichelle Prince.

The Americans tried to put the pressure on and each time they did, they found a strong opponent.who stole balls and caused balance in possession of the ball.

In minute 78, when it seemed that it was impossible to violate the good defense of the Canadians, the United States found themselves with a penalty, masterfully charged by Alex Morgan.

Canada looked for the tie; Asheley Lawrence and Jordy Huitema shot on goal, however they lacked accuracy.

After the match, the players raised the trophy and celebrated in the city of Monterrey in Mexico, which also saw Jamaica beat Costa Rica 1-0 and take third place in the tournament.