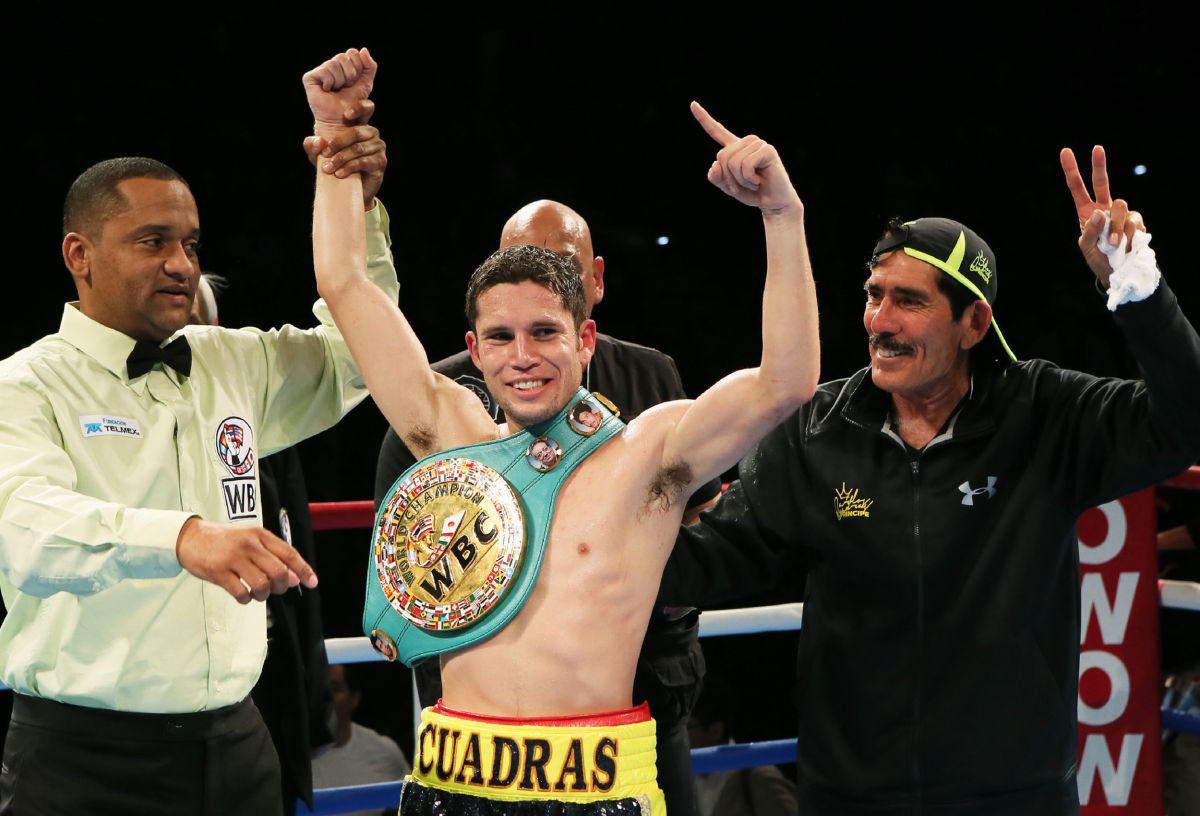 The Mexican Carlos Cuadras will dispute next Saturday the super flyweight title of the World Boxing Council (WBC) against the American southpaw Jessis “Bam” Rodríguezafter the Thai Srisaket Sor Rungvisai, who was going to be his opponent, tested positive for COVID.

The WBC lamented this Monday the contagion of Rungvisai, which will prevent a high-level lawsuit due to the rivalry between the Mexican and the Asian, but highlighted the trajectory of “Bam” Rodríguez, who adds 14 wins without losses, 10 of them by knockout and at the age of 22 he will try to win the world title from Cuadras.

With 39 wins, 27 on the fast track, four losses and one draw, “The prince” Cuadras will go out to demonstrate in Phoenix, Arizona, that at 33 years old he maintains a high level and he can still show off the super flyweight belt, which he won in 2014 and lost in 2016 to Nicaraguan Román “Chocolatito” González.

Rungvisai’s loss is the second in the division due to COVID, after the Mexican Juan Francisco “Gallo” Estrada suffered from the disease and was unable to face “Chocolatito” for the third time, in what he painted as one of the most anticipated fights of the year.

On March 13, Estrada defeated “Chocolatito” by split decision in an epic fight, who had defeated him in 2012. The fight was one of the best of last year and the rematch was already expected.

Given the loss of the “Gallo”, the rival of the Nicaraguan will be the Mexican Julio César “Rey” Martínez, world flyweight champion, who will rise in category with the aim of becoming the super flyweight champion.

With a good punch and a fight train with which he usually punishes his opponents and wins the sympathy of the fans, Martínez will have a highly difficult commitment against one of the best Central American fighters in history, with 50 fights won, 41 by knockout, with three losses.

At 34 years old, Gonzalez is in fine form and there is great anticipation for the fight against “King” Martinez, seven years his junior, who has won 18 fights, 14 before the time limit, with a setback.

Ilunga Makabu retains his cruiserweight title and throws a dart at ‘Canelo’: “I’ll knock him out”

“It doesn’t give me a heart attack because God is great: Julio César Chávez suffers when he sees his children fight