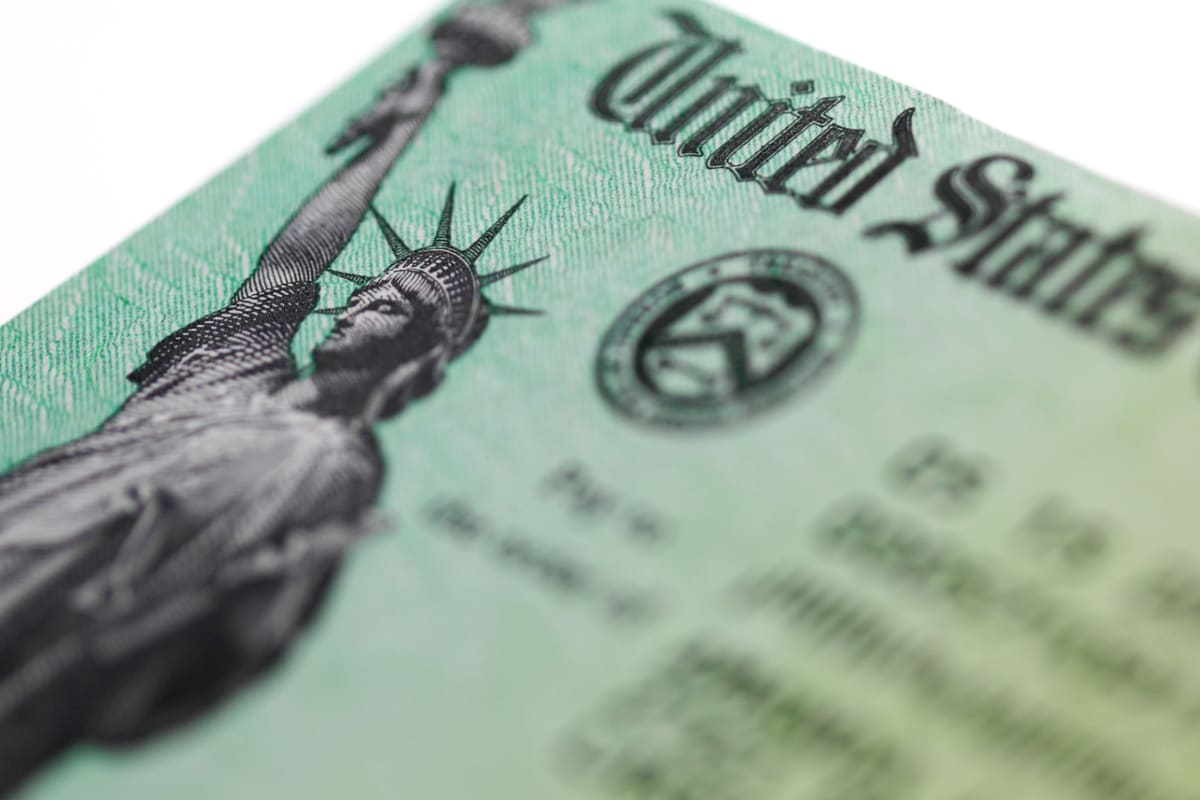 $ 12,200 checks! The Internal Revenue Service (IRS) confirms who could receive a large sum according to what the American Rescue Plan establishes just for meeting a requirement.

President Joe Biden‘s bill passed in March 2021 included various types of citizen assistance, so families received a significant sum of money with just two programs: the third round of stimulus checks and the increased payments of the Tax credit for children. How much did you receive?

Check for $ 12,200. IRS confirms who could receive a large sum just for meeting a requirement

The size of families in the United States has decreased considerably. By 2020, an American family had 1.93 children on average, according to the Statista website. So it could be said that the most common in the country is a family with two children.

It turns out to be good news because the American Rescue Plan contemplated help for everyone, especially by increasing the Child Tax Credit, with which they can now receive up to $ 3,600 for children under six and up to $ 3,000 for children between 6 and 17 years.

How much would a family with two children receive?

Taking as a model an average family of parents who declare together and with two children (one under 6 and one under 18), how much is the aid? According to the IRS, families would first receive four STIMULUS CHECKS of $ 1,400, one for each member, for a $ 5,600 total.

Third round of checks

Unlike the grants approved during Trump’s term, this time dependent adults, college students, the elderly and disabled adults could also receive their aid check. But that would not be all.

This aid will not reach parents’ pockets in a single payment, but the IRS will send $ 300 for each child under the age of six and $ 250 for each child between six and 17 years old on a monthly basis from July to December.

When will I receive my next five checks?

The IRS confirmed that the past July 15 began sending the first advance payment (or first installment) corresponding to the Tax Credit for children. According to the agency, just last week some 35 million families received this check, but there are still 5 checks to deliver. This aid will reach families on 15 of each month from July to December through a direct deposit into your bank account or a physical check sent to your home address.

For this the IRS has established the following dates: July 15, for the first check that has already been sent, August 13 (since 15 falls Sunday), September 15, October 15, November 15, and finally the December 15. Although by 2022 a seventh check would be pending.

A seventh and bigger check

Help doesn’t end! Parents will also receive a one-time payment of $ 1,800 after the monthly checks of $ 300 that will arrive between July and December. This bulkier check is also part of the Child Tax Credit under Biden’s American Rescue Plan.

According to the legislation, child support can be up to $ 3,600. The first $ 1,800 will be divided into 6 payments of $ 300 that will arrive in advance monthly checks from July through December. The remaining $ 1,800 will come in a single payment.

How to get the seventh check?

Parents will need to submit their 2021 tax return in order to claim the $ 1,800 dollars that would complement the Child Tax Credit. Child Tax Credit checks will only be available to eligible families, primarily lower and middle class families.

It is then, when many ask, do I qualify? According to the IRS, about 39 million families they will receive checks of up to $ 300 per month for each child under the age of six or up to $ 250 per month for each child between the ages of six and 17. The maximum to receive would be $ 3,600 for qualifying children under 6 years of age or up to $ 3,000 for qualifying children between 6 and 17 years of age

Do I qualify for the Child Tax Credit?

According to the IRS, “the new maximum credit is available to taxpayers with a modified adjusted gross income (AGI) of $ 75,000 or less for singles, $ 112,500 or less for heads of household and $ 150,000 or less for married couples that file a joint return and for qualified widows and widowers ”.

How to confirm if I am eligible?

“Before filing a return or using the Non-Filer Sign-up tool, families unsure if they qualify for the credit or prepayments may want to use another new tool: the Child Tax Credit Eligibility Assistant. ”Advises the agency. By just answering a few questions, you can do a preliminary check to see if they qualify for payments. This is not an enrollment tool. Checks for $ 12,200. IRS confirms who could receive a large sum just for meeting a requirement.