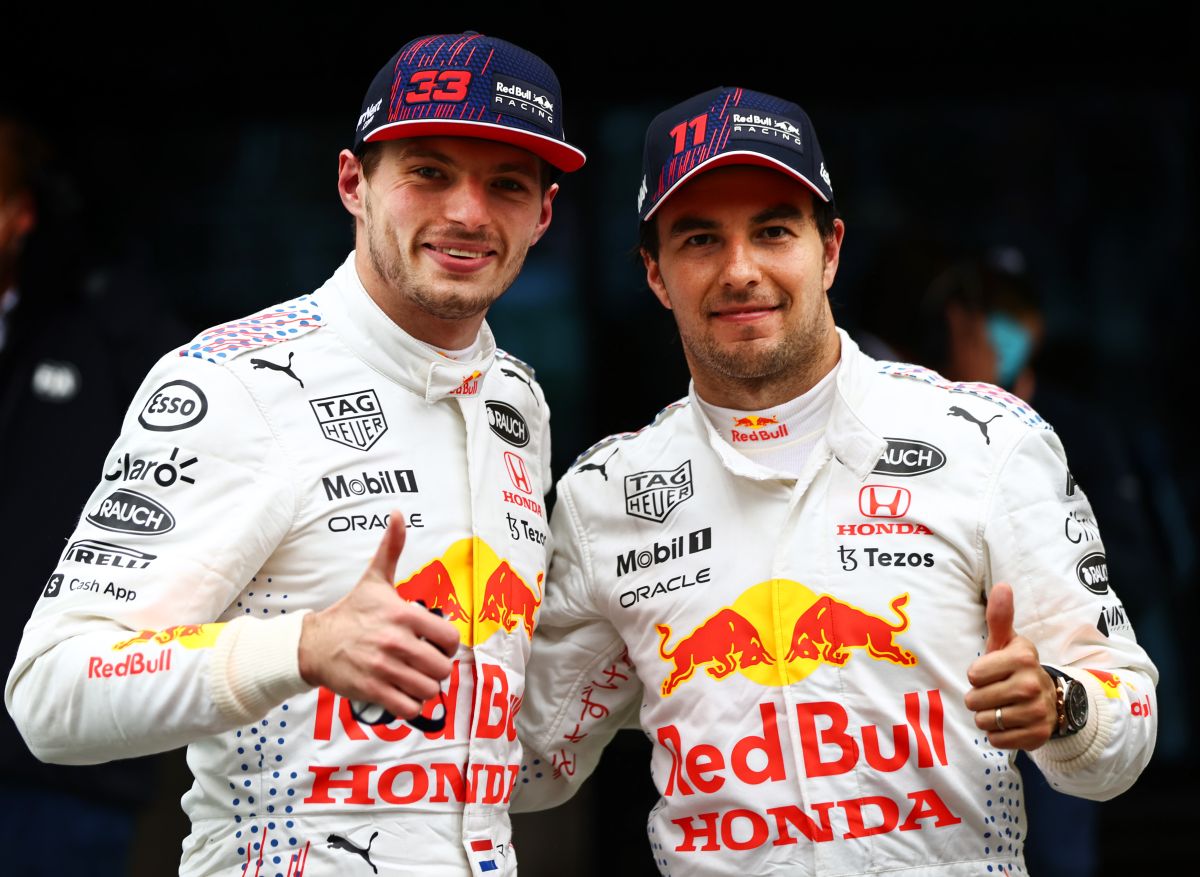 Checo Pérez announced with his wife Carolina Martínez the birth of their third son, Emilio, on May 15. The fans of the renowned Mexican driver and the world of motorsports in general sent their congratulations and good wishes to the Pérez family. In this situation, Max Verstappen, teammate and personal friend, did not want to be left out of this special moment.

This is how in a video broadcast through the social networks of the Red Bull team it was possible to observe how the Dutchman surprised the Mexican with a Baby Shower. He also prepared gifts for the newborn and son of the Mexican idol of Formula 1.

Despite the proximity of free practice, Verstappen did not miss the opportunity to make a call to Checo Pérez and invite him to share such a pleasant surprise. It should be noted that after a weekend, the pilots return to the competition to run the Grand Prix of Barcelona, ​​Spain.

Max Verstappen prepared blue balloons alluding to the arrival of the baby in one of the rooms and later Checo Pérez is seen enthusiastically receiving the gifts who more than a teammate is a good friend for him. “Surprise, surprise,” exclaimed the Mexican while being guided by the Dutchman himself and by members of the team.

Bibs, wipes, socks, shirts, among others, were among the gifts that Verstappen gave Pérez for Emilio, without a doubt a blessing for the Mexican driver who already has three children. The video quickly went viral among the fans of both pilots and is marked as another gesture of the great friendship between the two.

It should be noted that Carola Martínez and Checo Pérez showed photos of the day of Emilio’s birth and were happy for the arrival of the new member of the family.

Regarding the second practice, Leclerc took the lead again while the Mexican driver was placed again in seventh place.

. Bordering the podium: Sergio “Checo” Pérez finished fourth in the Miami Grand Prix, which was won by his teammate Max Verstappen [Video]

. Checo Pérez anticipates an “interesting battle” in Miami between Ferrari and Red Bull this Sunday