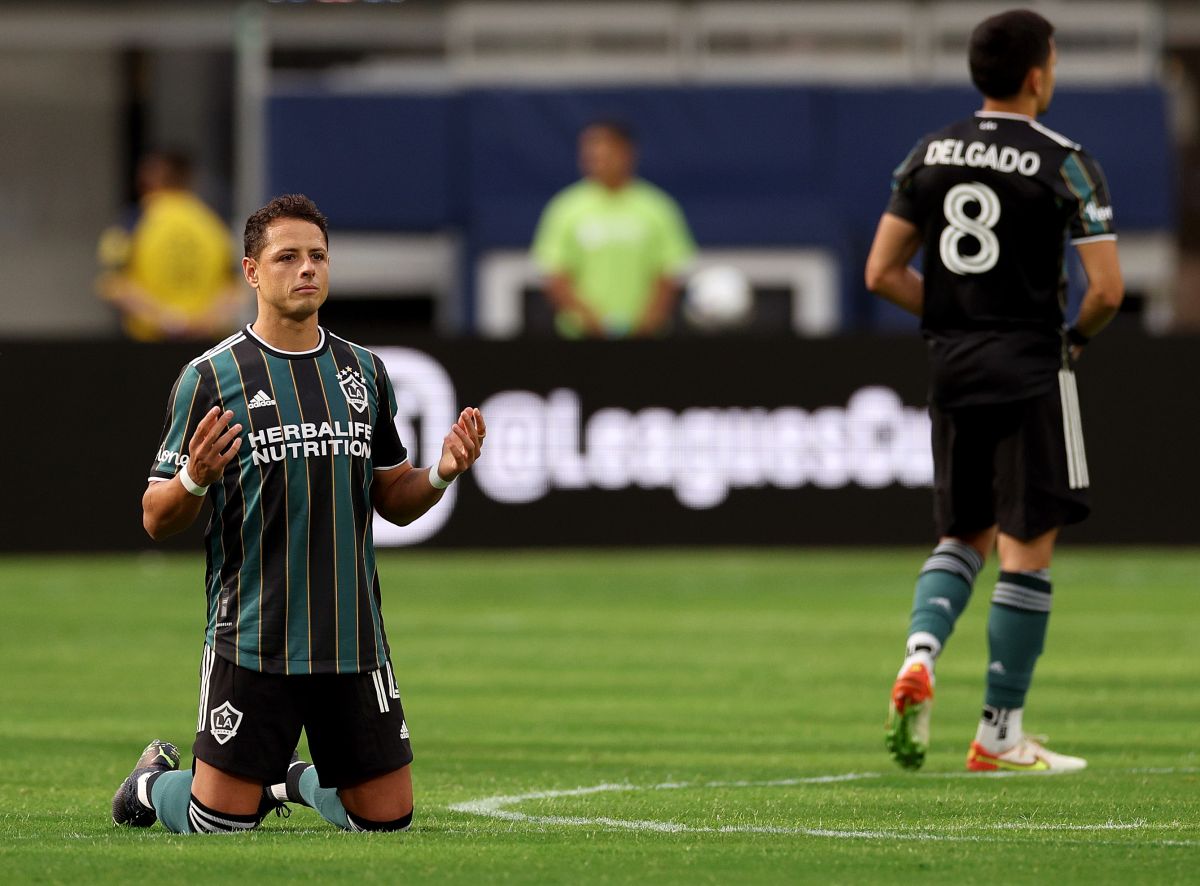 The performance of Javier “Chicharito” Hernández is not the same as that player who shone in Chivas and was transferred to Manchester United. The passing of the years took him to the MLS with the LA Galaxy where its continuity is even in danger due to a scoring quota that must be fulfilledr. In addition to this, he has not played an official match with the “Tri” since 2019 and lately he is in the news more because of his unfortunate attitude than because of his performance on the courts.

The danger of Chicharito’s renewal with the LA Galaxy

Chicharito has not scored a goal since last July 4, a situation that can affect the renewal of the Mexican attacker with the LA Galaxy. According to the Mediotiempo portal and according to Diario As, Chicharito needs 12 goals per season to guarantee the renewal of his contract.

To date, the 34-year-old attacker has a total of seven goals in 19 starts. of 20 games he has played. The numbers reflect 1,645 minutes played in which he has scored seven goals. Hernandez’s last goal came in the LA Galaxy’s 4-0 thrashing of Montreal.

The news of the Galaxy and the arrival of Riqui Puig

Currently the team technically led by Greg Vanney, is not in the postseason zone and so far they are in the ninth box, adding a total of 30 points in the Western Conference. Hard work has the team to come back and Chicharito to kill his scoring drought of a month.

Faced with this situation, add the arrival of Riqui Puig to the team, who arrives as a franchise player and who may be displacing Chicharitotaking into account that he comes from FC Barcelona and with a huge present since he is only 22 years old.

. The LA Galaxy comfortably prevail over some Chivas that do not raise their heads even in friendlies
. David Faitelson confronts Rafael Ramos on social media about Riqui Puig’s imminent arrival at the Galaxy: “Take a nice cold bath”
. ‘Memo’ Ochoa and Chicharito Hernández met again: This was the reaction of both when they met again before the Leagues Cup [Video]