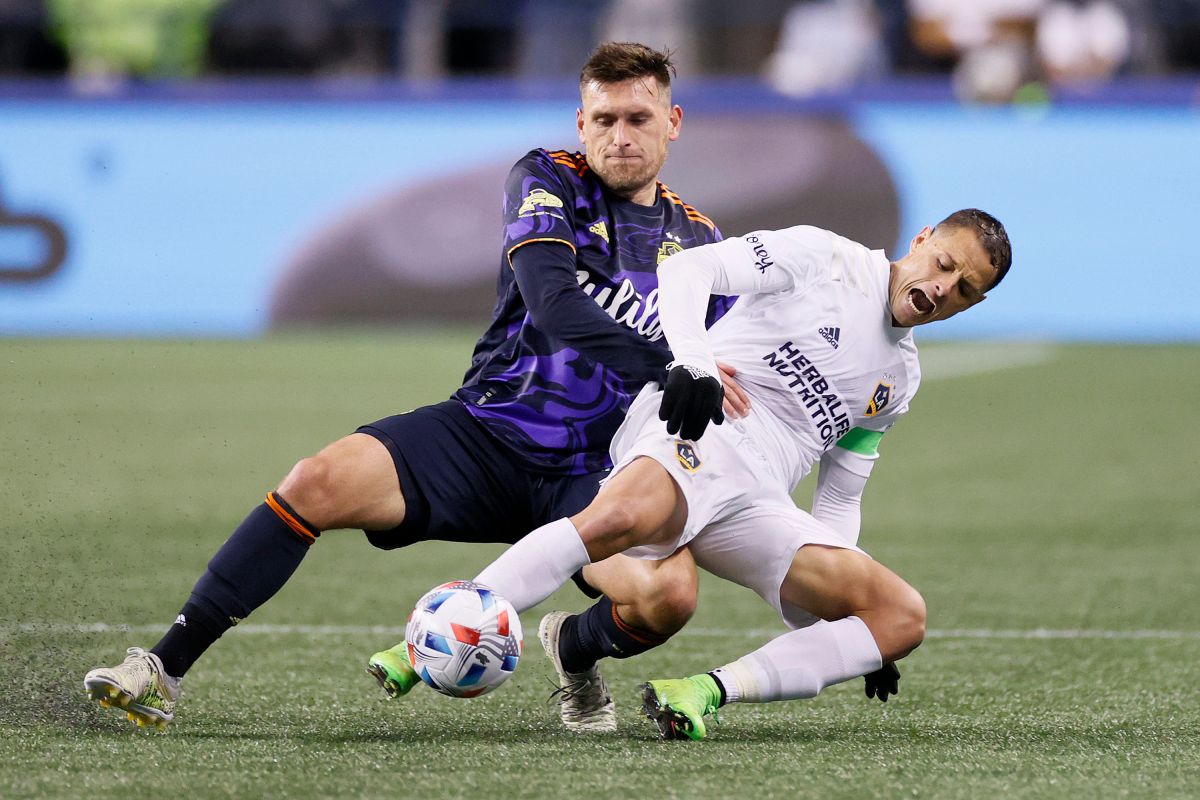 The LA Galaxy of Mexican Javier ‘Chicharito’ Hernández crashed this Tuesday before the Sacramento Republica non-MLS team, and was eliminated in the quarterfinals of the ‘US Open’ Cup by losing 1-2.

The Sacramento Republic is a joint USL Championshipwhich, although there is no promotion and relegation in professional soccer in the United States, is considered the second division after the MLS.

Sacramento had already warned in the round of 16, where eliminated another MLS team like the San Jose Earthquakesbut tonight he starred in a great feat by beating the Galaxy at home with a great display of character, personality and courage.

The visitors got ahead quickly thanks to the Mexican Rodrigo Lopezwhich in minute 4 culminated in a stupendous counterattack to a pass from Honduran Douglas Martinez.

With enough rotations in his eleven – for example, Chicharito started the match from the bench-, the Galaxy had possession but suffered to attack the solid defense of five that Sacramento had raised.

A cross shot by Raheem Edwards was the first warning for the Angelenos, who managed to tie the game in the 18 with an own goal by Conor Donovan coming off a corner.

Far from boosting the Galaxy, that goal gave new strength to Sacramento, which dominated the game until the break and had a good opportunity in the discount on the boots of the Spanish Damià Viader.

The party rose of revolutions in the resumption.

For the Galaxy, Dejan Joveljic was unable to finish off a ball in the small area in minute 47 while the header from Lee Desmond for Sacramento in the 50th ended at the post.

Chicharito entered the 59th as part of a triple change from the Galaxy to try to redirect a game that was getting more and more complicated for them.

However, it was Sacramento who banged on the table with the hand of Luis Felipe, who from more than 20 meters unleashed a dry cross shot that surprised goalkeeper Jonathan Klinsmann and that left the Galaxy’s Dignity Health Sports Park silent.

With more will than ideas, the Angelenos tried until the end with countless balls hanging in the area, but the Sacramento goalkeeper shone there, Danny Vitiello, imperial in the high plays.

Ayes, the journey in the Galaxy Cup endedwho had defeated their rivals LAFC (3-1) with great authority in the round of 16, but who said goodbye in the quarterfinals with a very weak defense and a worrying lack of inspiration on offense.

Two other quarterfinal matches will be played this Wednesday: the New York showdown between the New York Red Bulls and New York Cityand the duel that will measure the Sporting Kansas City and the Omaha Union.

The cross between Orlando City and Nashville that will close this round of quarterfinals will be played on Wednesday June 29.

You may also like:
El Tri on fire: Guillermo Ochoa would have opposed the return of Chicharito for some controversial tweets
· Chicharito sold his mansion: the possible relationship with the return of Javier Hernández to Chivas de Guadalajara
Carlos Vela with his suitcases in hand: two clubs from Liga MX and one from the Eredivisie have the Mexican bomber in their sights