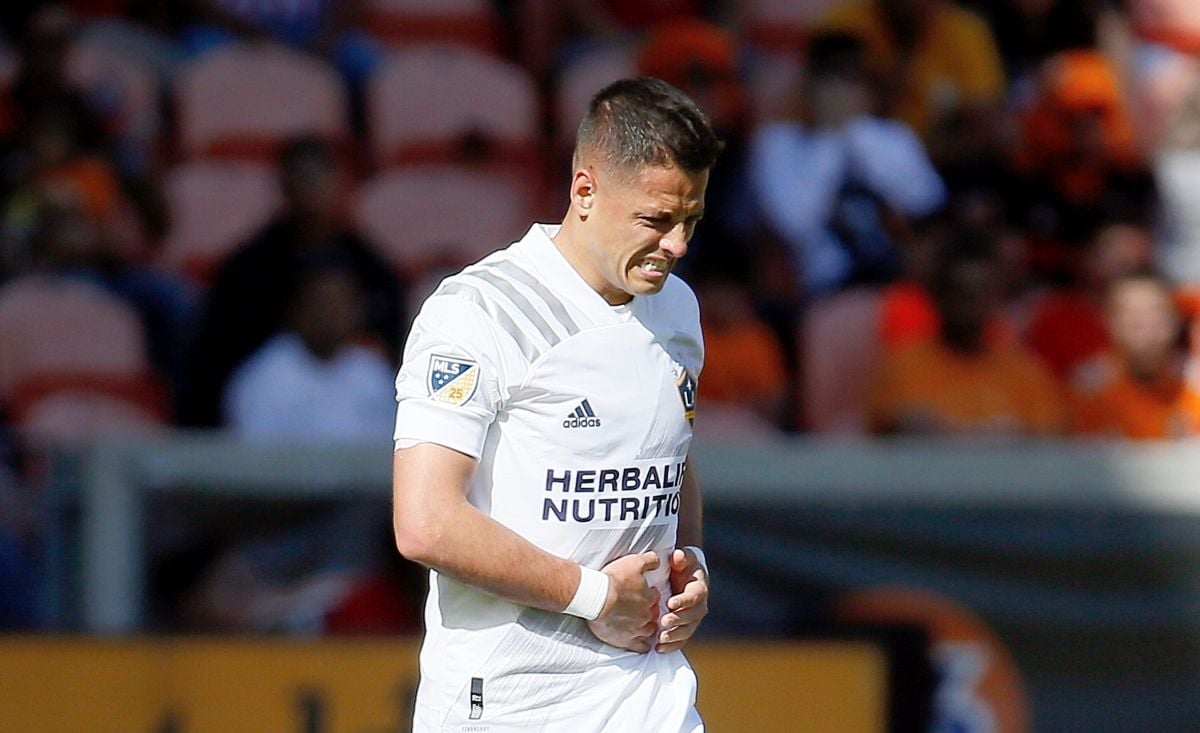 Being an idol of the Mexican fans, what scorer Javier ‘Chicharito’ Hernández does or does not do generates a lot of repercussions and monopolizes covers and notes in Aztec news portals.

In this opportunity, the LA Galaxy striker is in the eye of the storm for two bad gestures committed in just one day. First refused to sign a Mexican flag, which he later pulled from the hands of the fan who offered it to him; later, after losing in his visit to Dallas, refused to allow a child to be photographed with him at the exit of the stadium.

Against Chicharito, all kinds of criticism and negative comments have rained down, from the fans to prominent journalists, as is the case of Álvaro Morales or José Ramón Fernández, both of whom are widely followed in Mexico through ESPN screens.

The 34-year-old attacker’s response has been slow in coming, but it has been published. Javier Hernández has used his account on his Instagram, on which he has more than 5 million followers, to express their most sincere apologies for the two events they have in the fray and to explain why they occurred.

Regarding the unfortunate event in which he threw the flag, he assured us that he did not realize that he was holding it but that the fan dropped it: “It is not that I threw it away, but that I moved it to continue signing things.”

This gesture was interpreted by many as the internal anger that the scorer has for being banned from the Mexican team by his coach Gerardo ‘Tata’ Martino.

The LA Galaxy lost 1-0 away last Saturday against Dallas, a direct rival for qualifying for the next phase of the MLS, something that took Chicharito a little out of his emotional normality, and the player himself admitted on Live.

But about the ugly gesture he made to a child, he sincerely apologized and announced that his club, the LA Galaxy, is already contacting the infant and his family to come to Dignity Health Park to meet the idol, the facilities, and even have a shirt signed.

“That is very unfortunate. I apologize to him and all his family. The Galaxy will contact him and his family to meet him.”

With an informative look (he admitted that he had just gotten up from a nap before starting Instagram Live), Hernández assumed that he could not separate that moment from the previous defeat against a direct and essential rival.

He also wanted to defend himself against all those voices that have caused him so much damage through the media: “Human beings are beginning to be judged for one action or very few actions when in reality we could be labeled or classified by most of my actions, which is having a smile and doing good deeds.”

Nicole McPherson, Chicharito Hernández’s partner, also came out in defense of her partner. He also used the social network Instagram to publish an extensive statement and his position on the subject of Javier Hernández’s rejections. McPherson indicated that only part of the story was exposed, making the Mexican look terrible, but Nicole does not explain in detail why her partner acted that way.

“Photos or videos taken out of context are a very strong source of visual disinformation. Is it really necessary to go that far? Canceling with ‘hate’ everything that expresses a contrary idea is as reprehensible as the criticized message. Remember that behind every user, there is a human being. That person you continue to admire and seem tireless is a human being,” said part of Nicole McPherson’s statement.