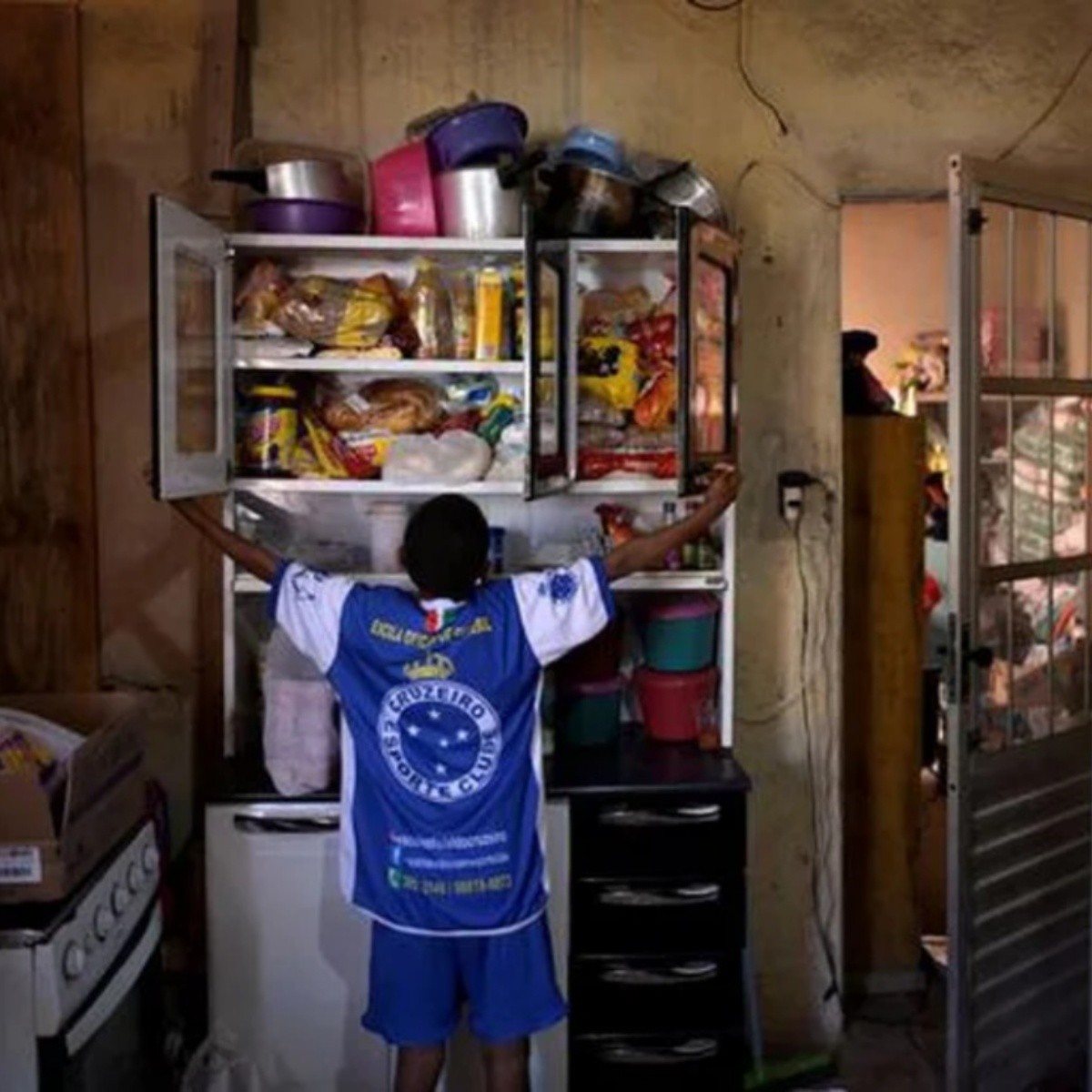 Brazil.- A phone call to the vast police so that the story of a little boy and his family who suffered from deficiencies would move everyone Brazil and will cause hundreds to overflow with donations that now don’t fit in their small dwelling.

The story originated a few days ago after the boy Miguel Barros, 11 years old called the emergency services to ask for help because there was no food at home for him his parents and his eight siblings.

Since for at least three days the little boy from Belo Horizonte, Brazil, had suffered hunger with his family, because his father had only been able to give them corn flour with water to eat.

Given the situation they were experiencing, the minor decided to pick up the phone and called the police, who questioned what his emergency was. He simply replied that “there is nothing to eat.”

After Miguel’s call, a police unit went to his home and after the story became known, hundreds of people have come to the home to leave packages with groceries and food, so many that they no longer fit in the small cupboard and the kitchen floor of his house.

According to crazy media, at times the authorities thought that the child and his siblings were not receiving food due to carelessness of the mother, however, when they went to the house, they found that it was a situation faced by thousands of poor families struggling for subsist with what little they have.

Authorities also identified that Miguel’s mother, Celida, is a single mother with eight children, of whom 6 still live with her, but after the pandemic her economic situation worsened when she lost her job.

Miguel would have made the call to the police after noticing the desperation of his mother who cried at not being able to give them more to eat during those three days. And thanks to that, help came.