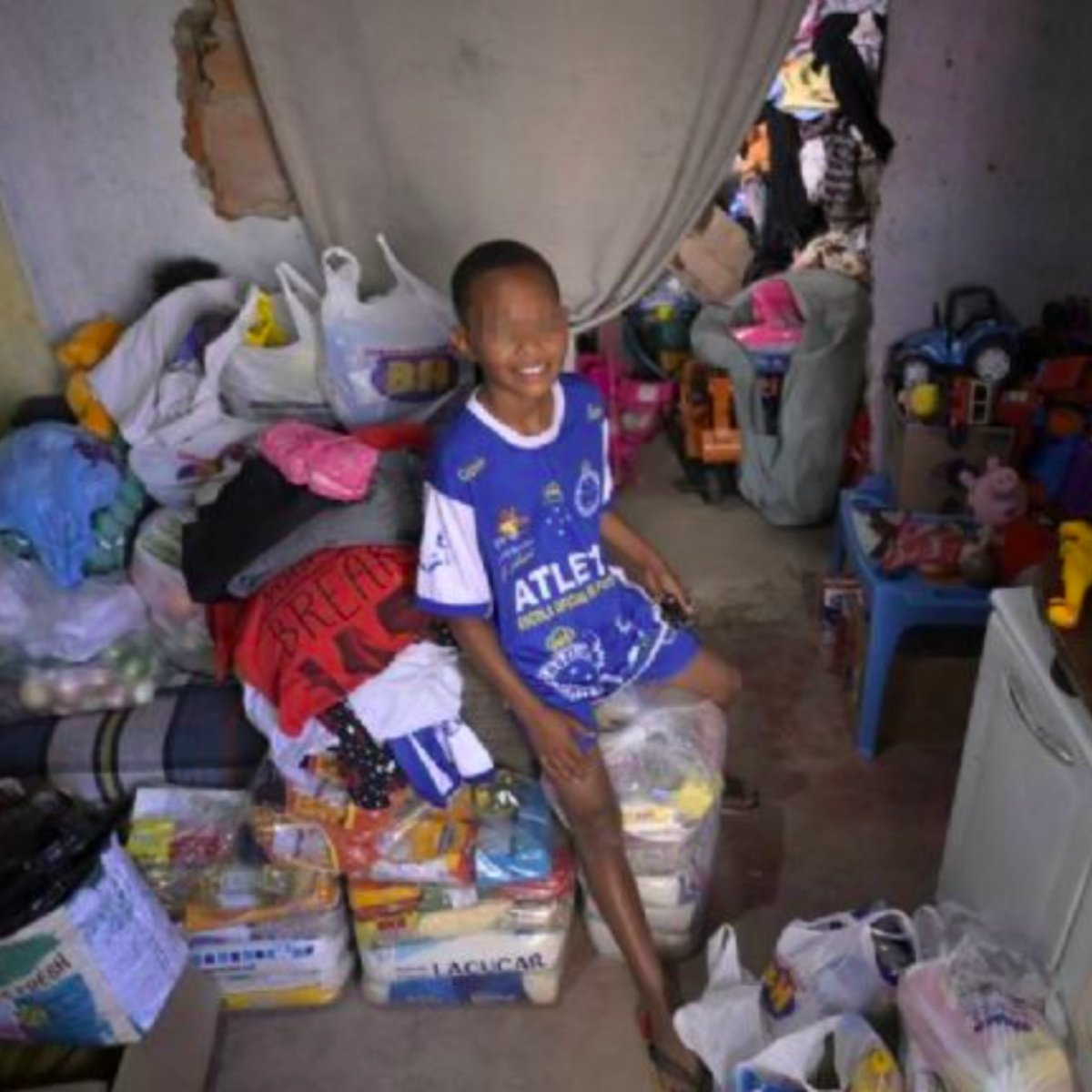 The story of a child has shocked the world, because desperate from hunger called the emergency numbers asking for help so that his family does not starve in Brazil.

The protagonist of this story is Miguel B., 11 years old, who called the emergency line in his country to ask for help for himself and his family, because they had nothing to eat at home and apparently they had not eaten food for a long time.

“Mr. Police… it’s because there is nothing to eat in my house” the little boy was heard saying when he asked for help.

Neighbors donated food to the family

The little boy’s story managed to move the Brazilian community and fortunately many people were willing to help, so the family received several food packages. That was how the 11-year-old boy managed to prevent him and his other seven brothers from starving.

Apparently, the boy’s mother had barely been able to offer her eight children corn flour and water in the last three days, so the boy desperate decided to call emergency and ask for help.

After the call, a mobile unit was sent to the family’s house located in Santa Luzia, in the suburbs of Belo Horizonte (southeast, state of Minas Gerais), the AFP agency reported.

The officers believed that it was a case of negligence and that the child had been abandoned, but when they arrived they realized the precariousness of the housing and faced the reality that hundreds of people live in the South American country, even in September put an ultimatum to President Jair Bolsonaro to report on his fight against hunger.

After a few minutes, the police officers went to the supermarket and returned with various food items, including donations from the store owner. The boy’s story went viral and the family began to receive multiple donations of food and money.

It should be noted that Miguel’s mother was identified as Celia, she is a 46-year-old single woman with eight children. She has had several jobs but with the pandemic she became unemployed.

It may interest you: He is outraged! Bolsonaro assures that in Brazil there is no hunger “we do not see skeletal people”

How do you live in Brazil?

Brazil is the country that has the highest cost of living in all of South America. Living in the capital, Brasilia, is also quite expensive. Life is much cheaper in the northeast of the country, with all this and with the economic crisis in the world, Miguel’s family had nothing to eat, that’s why the boy called an emergency and managed to shock the world .