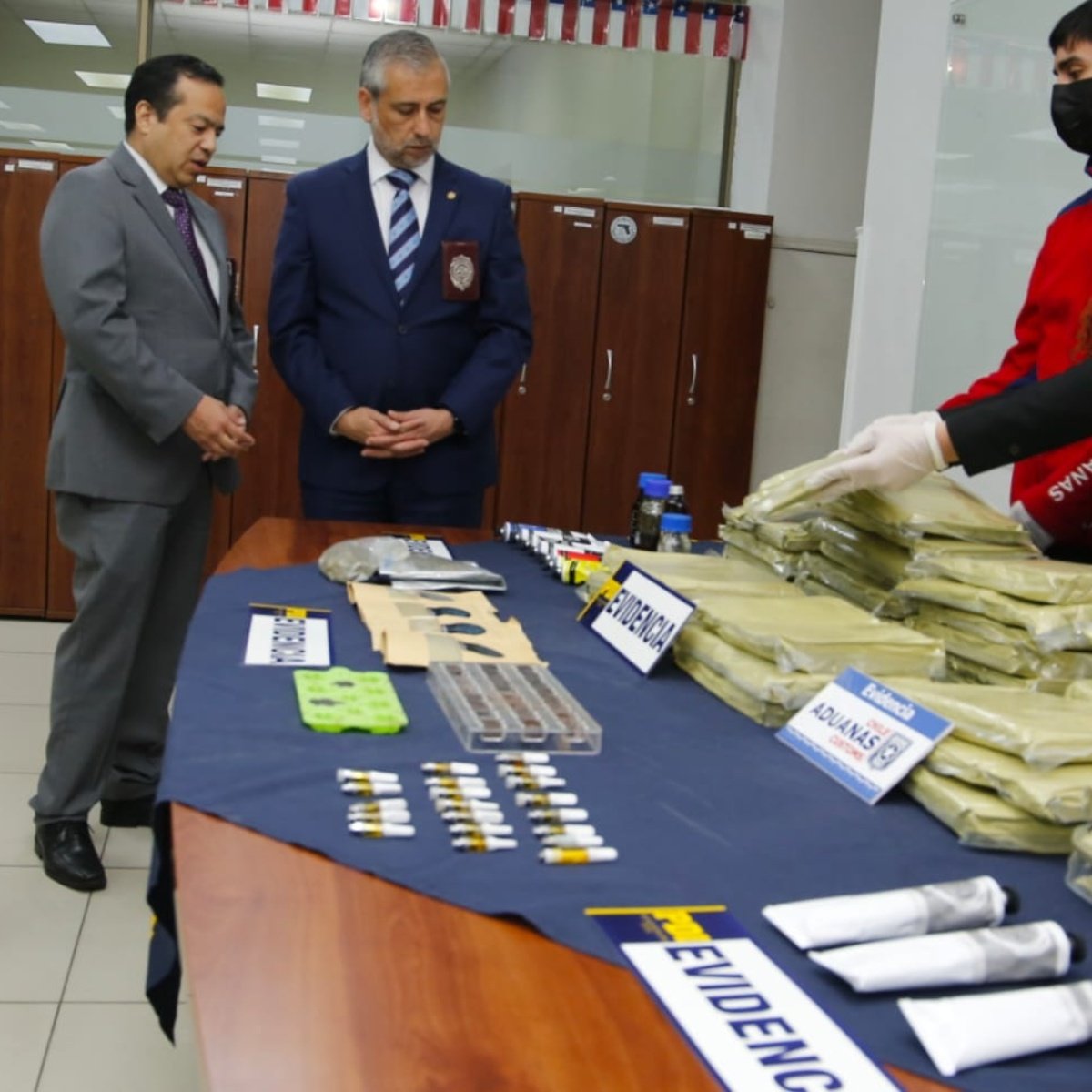 According to a report sent by the authorities of Chiliin recent months they have seized a new series of rare psychoactive substances in Latin Americawhich puts into perspective the growing concern about the growth of drug markets and their manufacturing capacities.

Due to the above, on September 8, agents who guard the customs of the Santiago International Airport, inspected two shipments from the United Arab Emirates, which contained about 40 kilos of Kratom powdera substance known for its psychoactive effects and that is extracted from the leaves of the kratom tree, in Southeast Asia.

For his part, the prefect inspector Paulo Contreras, national anti-narcotics and organized crime chief in Chile, indicated that: “the illicit operations carried out by a resident of the municipality of Puente Alto, who imported large quantities of the hallucinogenic substance” .

On the other hand, the seizure of amyl nitrites, a class of inhalant depressants also known as “poppers”, were reaching record levels this year. And in July 2021, authorities seized an unreported quantity of fenetylline, a substance in the amphetamine category, which is widely consumed in the Middle East.

the kratom, has a stimulant or opioid action on the human body, depending on the doses ingested, in Chile its sale and consumption have been prohibited since 2021 and it is now listed as NSP derived from plants in the Drug Early Warning System ( SAT) of the country. On the other hand, it is known that the fenetyllineis the combination of amphetamines and theophyllines, which cause great psychoactive effects and generates addiction.

It may interest you: Marina secures two tons of cocaine off the coast of Colima

According to the Chilean Drug Trafficking Observatory, the recent seizures and discoveries of new drugs are part of a good security organization, however it shows that local criminal groups have opened their markets to other countries such as the Middle East and AsiaThey have also established links with drug-trafficking groups that ship illicit substances from Europespecifically from Spain, reported American Post News.