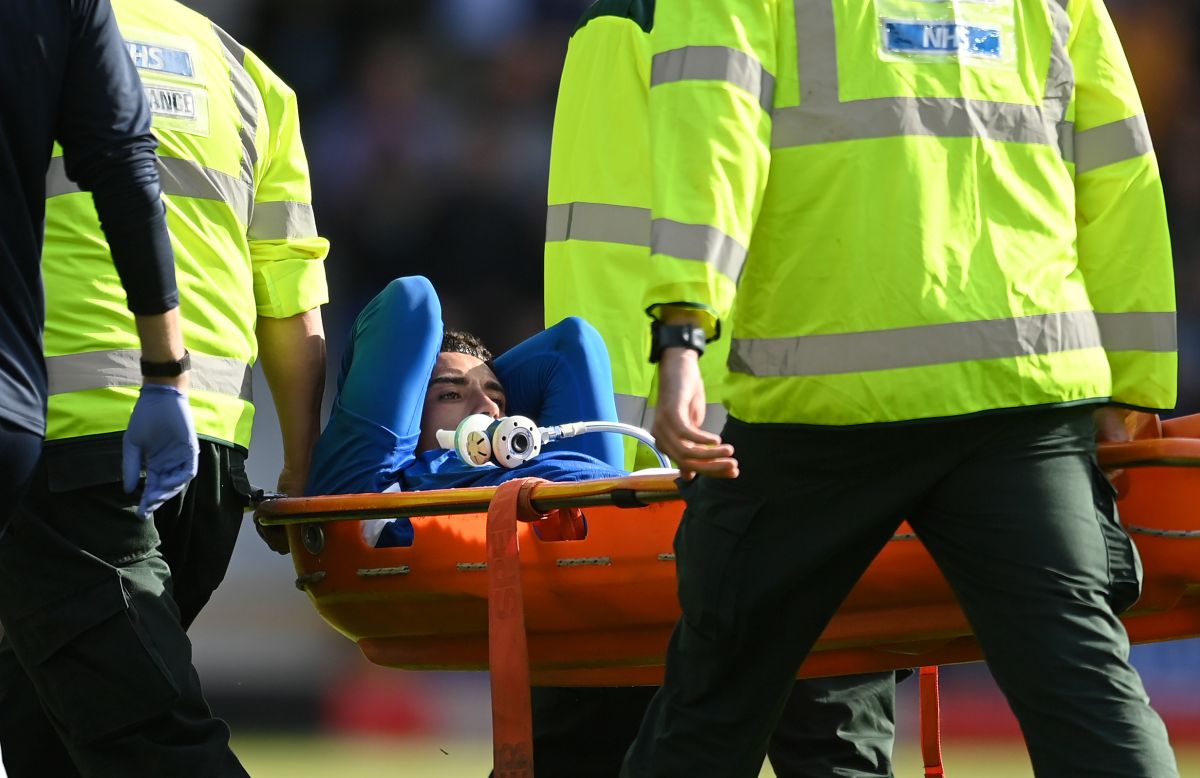 The Everton defender Ben Godfrey grabbed all the headlines in the world of football and not precisely because of a good job on the field, but rather for being the first Premier League footballer of the season to be injured… And seriously.

In the match that pitted his team against Chelsea, moments of tension and despair were experienced when Godfrey, in a game action just at minute 18 ‘, swept away to avoid a clear goal action by the German Kai Havertz.

Nevertheless, When his ankle slipped, it was anchored to the grass and the sprain moved unnaturally backwards, leaving a chilling image. on the cameras.

Goalkeeper Jordan Pickford, Colombian defender Yerry Mina (who was also injured) and Havertz himself raised their hands to their heads when they saw the seriousness of the situation.

Godfrey had to leave the field assisted by the medical service on a stretcher and with oxygen and gave way to fellow defender Mason Holgate.

On their social networks, Everton showed their support for the player and reported that he was taken to the hospital for the respective medical check-ups.

For his part, coach Frank Lampard spoke in the post-match about the unfortunate play and in his opinion Godfrey’s injury appears to be a “fracture in his right leg”.

“Ben Godfrey’s injury appears to be a small leg fracture. We are looking into it, but he will be out for a while,” Lampard reported.

If it is confirmed that the ankle was affected, These types of injuries take between six and eight months to recover.