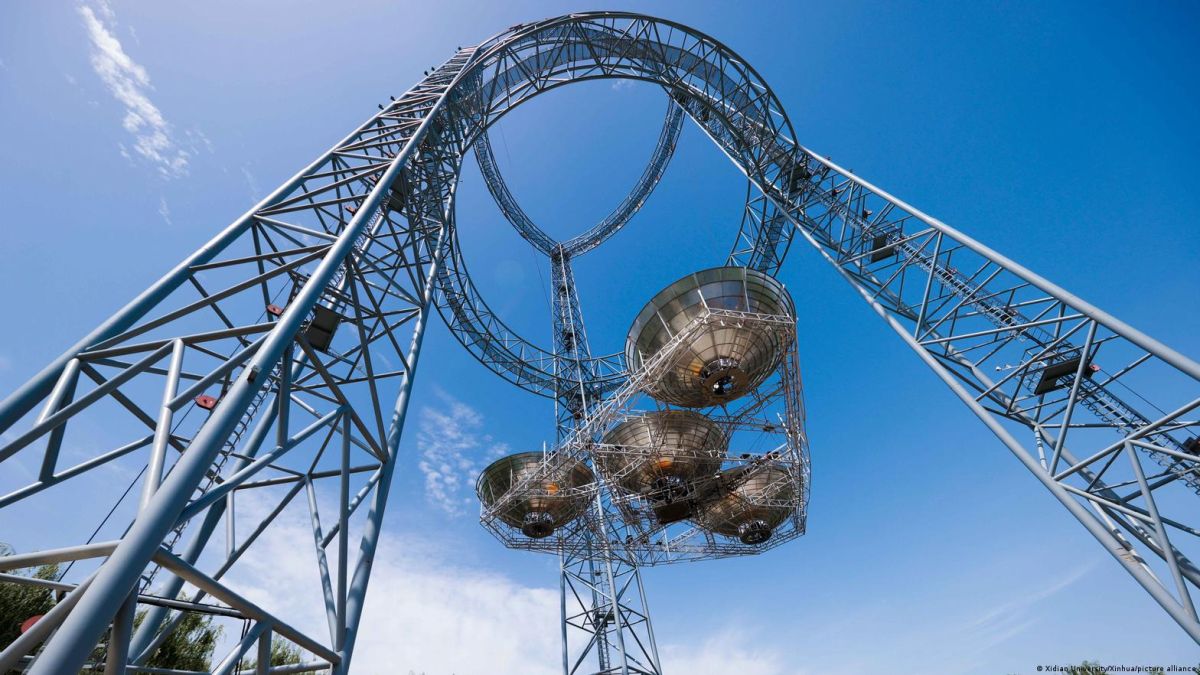 Chinese scientists have completed the first ground-based verification of a facility to generate electricity with power obtained from a future solar space station, named Zhuri.

Space Solar Power Station (SSPS), a hotspot technology, is a space-based power generation system used to harvest solar energy before converting it into electricity and then into microwaves. Sunlight is brightest outside the atmosphere and shines almost all day.

The microwave energy must then be transmitted and collected by the receiving antenna in space or on the Earth’s surface, which converts the microwaves back into electricity.

On the southern campus of the Xi’an-based university stands a 75-meter-high steel structure. It’s the Zhuri ground verification facility.

The team led by Duan Baoyan of Xidian University is tasked with simulating power generation and transmission on land. The main technological challenge is to minimize energy loss during energy changes in different ways.

First, the researchers worked to adjust the angles of the huge collecting lens in light of the sun’s altitude. In the center of the lens are arrays of solar cells linked to transmitting antennas. They tested those antennas that deliver microwaves remotely to receivers. The check successfully passed the exams on June 5, about three years earlier than expected.

Engineers from the China Academy of Space Technology plan to conduct a space experiment of high-voltage transfer and wireless power transmission in low-Earth orbit in 2028.

The satellite will be capable of generating 10 kilowatts and will carry a quarter of an array of solar cells, a microwave transmission antenna, a low-power laser transmission payload and a transmission array of a few meters, to test the transmission. of energy over distances of 400 kilometers from the orbit.

By 2030, they plan to expand the solar array to generate more than 100 kilowatts and test medium-power laser transmission at distances of 36,000 kilometers.

By 2035, the microwave transmitting antenna is expected to expand to about 100 meters plus power generation of 10 megawatts. The goal for 2050 is to build a commercially operated solar plant generating two gigawatts of electricity with an antenna about a kilometer long and a complex array of solar cells to be assembled in space.

“Transmission from space to Earth is our ultimate goal and requires several years’ work,” Duan was quoted as saying by Xinhua. “But we can meet some short-term goals.”

Duan said that solar energy in space can first be used to charge medium and small satellites. “Now, they must be launched with huge solar panel payloads and the panels cannot collect power in shadowed regions when they orbit behind Earth.” In the near future, those satellites are expected to be equipped with collapsible receiving antennas while they get rid of those solar panels, according to Duan.