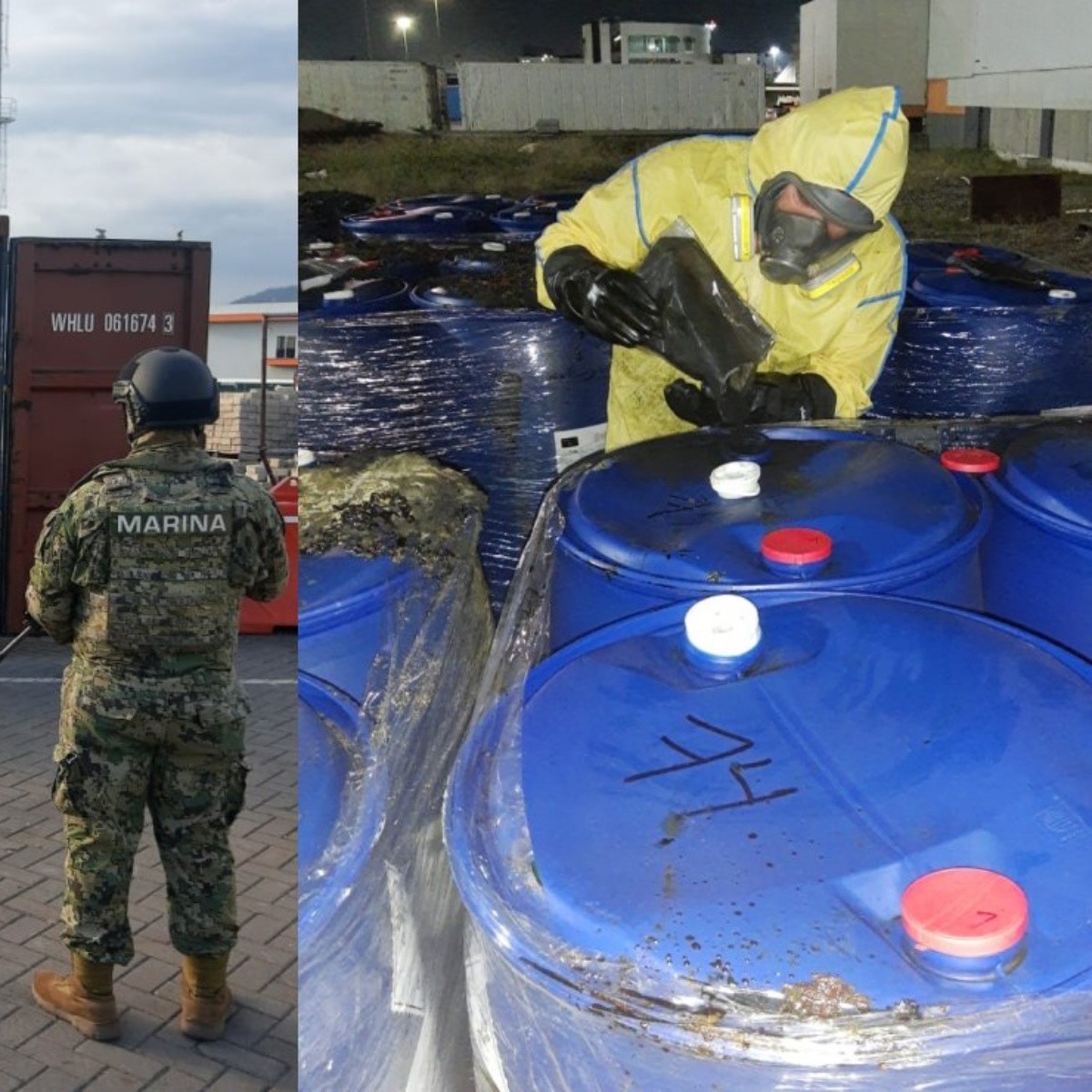 Although Mexican cartels are accused of producing 90% of the methamphetamine used in the United States, at least 80% of the precursor chemicals used in this synthetic drug production come from China.

In the last 15 years, Mexican drug cartels have replaced US methamphetamine producers, according to a statement from the commission.

China is sending more and more methamphetamine precursors to Mexico

Precursor chemicals are most frequently shipped from the People’s Republic of China to Mexico and Central America.

The U.S. commission reports that most of the drug is transported from Mexico to Texas, Arizona, and California once it is produced.

The huge seizures made at ports and airports by Mexican law enforcement agencies, such as the Mexican Secretary of the Navy, the Secretary of Defense, and the National Guard, attest to the arrival of precursor chemicals from China.

How did the United States combat methamphetamine laboratories?

To remedy the heavy addiction, the U.S. Congress enacted legislation restricting the entry and purchase of methamphetamine precursor chemicals, making it more difficult for methamphetamine manufacturers to operate.

Companies or individuals seeking to buy methamphetamine precursor chemicals had to register in a national registry and sell over the counter.

The increase in the drug was because other countries with fewer regulations began to become producers of synthetic drugs.

China has 160 thousand of labs that manufacture methamphetamine precursors.

US authorities are concerned that, even though the world’s law enforcement and counter-narcotics forces continue to pursue the drug, China’s methamphetamine precursor factories remain active.

China currently has 160,000 pharmaceutical companies operating legally and illegally, many of which produce the precursor chemicals criminal gangs use.

This is alleged because China’s chemical and pharmaceutical industries have weak regulations and lax monitoring.

Therefore, warning of the involvement of precursor chemicals for methamphetamine and other drugs shipped from China to Mexico and Central America is a priority in the fight against organized crime and drug cartels.