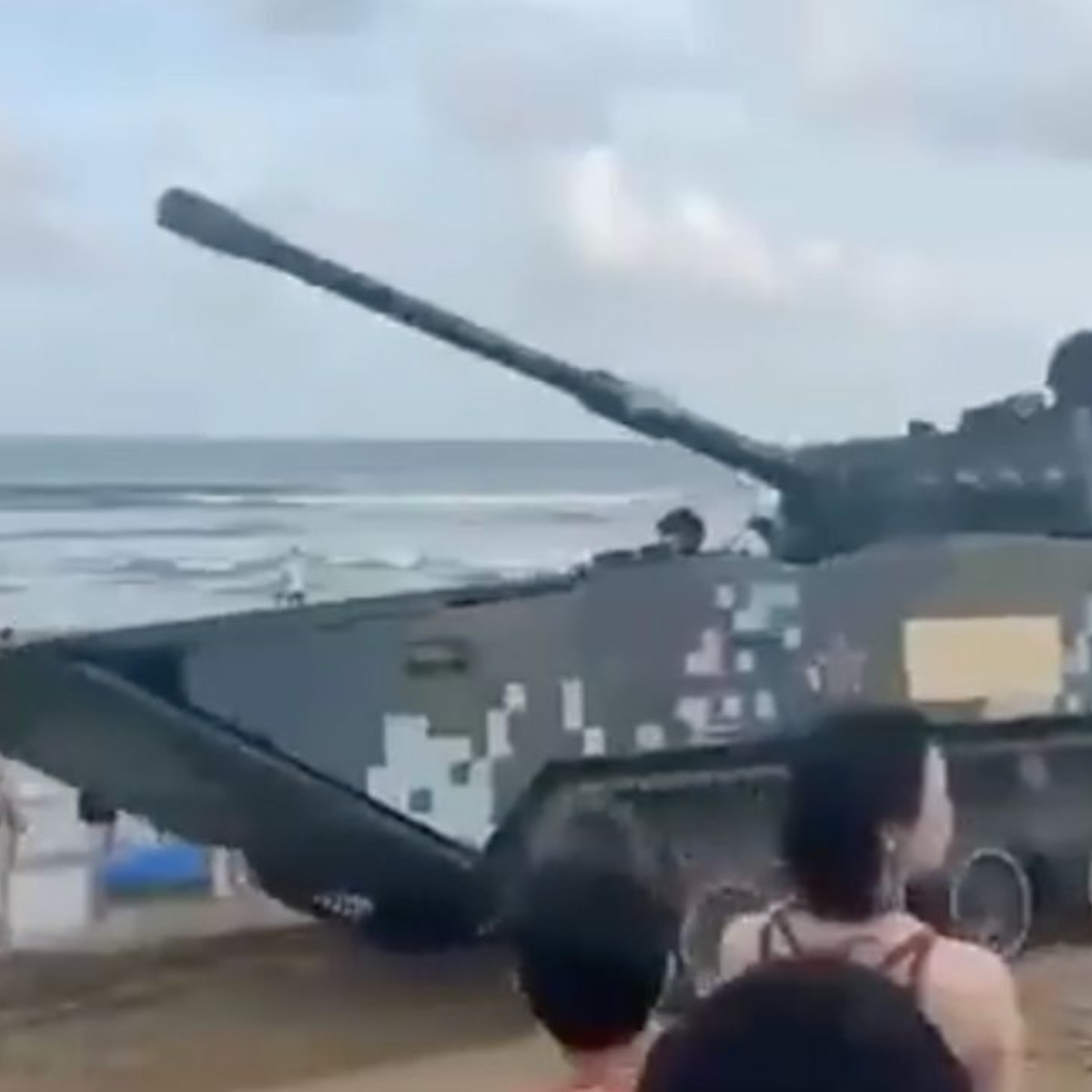 China filled a beach in front of Taiwan with tanks and vowed to fight “to the death” when the Speaker of the House of Representatives of state JoinedNancy Pelosi, landed on the autonomous island for the highest-level visit by an American official in a quarter of a century.

The setup for a showdown unfolded as Pelosi landed in Taiwan’s capital Taipei on Tuesday, despite strong objections and warnings from the Chinese government.

Wearing a pink jumpsuit and face mask, Pelosi stepped off a US Air Force plane and saluted, surrounded by Taiwanese officials.

“Our talks with Taiwan’s leaders will focus on reaffirming our support for our partner and advancing our shared interests, including advancing a free and open Indo-Pacific region,” Pelosi said.

“America’s solidarity with Taiwan’s 23 million people is more important today than ever, as the world faces a choice between autocracy and democracy.”

Pelosi landed a day after China released propaganda showing its soldiers prepared to fight to the bitter end.

“We are fully prepared for any eventuality. Fight in order, bury all intruders and move forward to joint and successful operations,’ the troops said, according to state media tabloid The Global Times.

‘We are soldiers of the EPL, we swear to defend the homeland to the death’.

Meanwhile, the Chinese Communist Party’s Taiwan Affairs Office declared that any efforts by Taiwan to seek independence would be “shattered by the mighty might of the Chinese people.”

As we mentioned in AmericanPost.NewsPelosi’s visit to Taiwan was not part of her Asia travel itinerary, but it was a point of contention for weeks before she left the United States.

Beijing warned on Monday that Pelosi’s visit to the Democratic island would have an “appalling political impact.” The Chinese military “will not sit idly by” in the event of a threat to “sovereignty and territorial integrity”, China said.

It may interest you: The US tries to mitigate China’s anger while Nancy Pelosi heads to Taiwan

President Joe Biden has said he will defend Taiwan if a conflict breaks out. In a lengthy phone call last week, Chinese President Xi Jinping warned Biden that the United States was “playing with fire” if Pelosi paid him a visit.

Pelosi, second in line to the presidency after Vice President Kamala Harris, has long been an outspoken critic of Beijing. Beijing claims that Taiwan belongs to China, but the Taiwanese say they are a separate country.

He landed in Taipei late at night and is expected to spend the night there, a Taiwanese official told CNN.