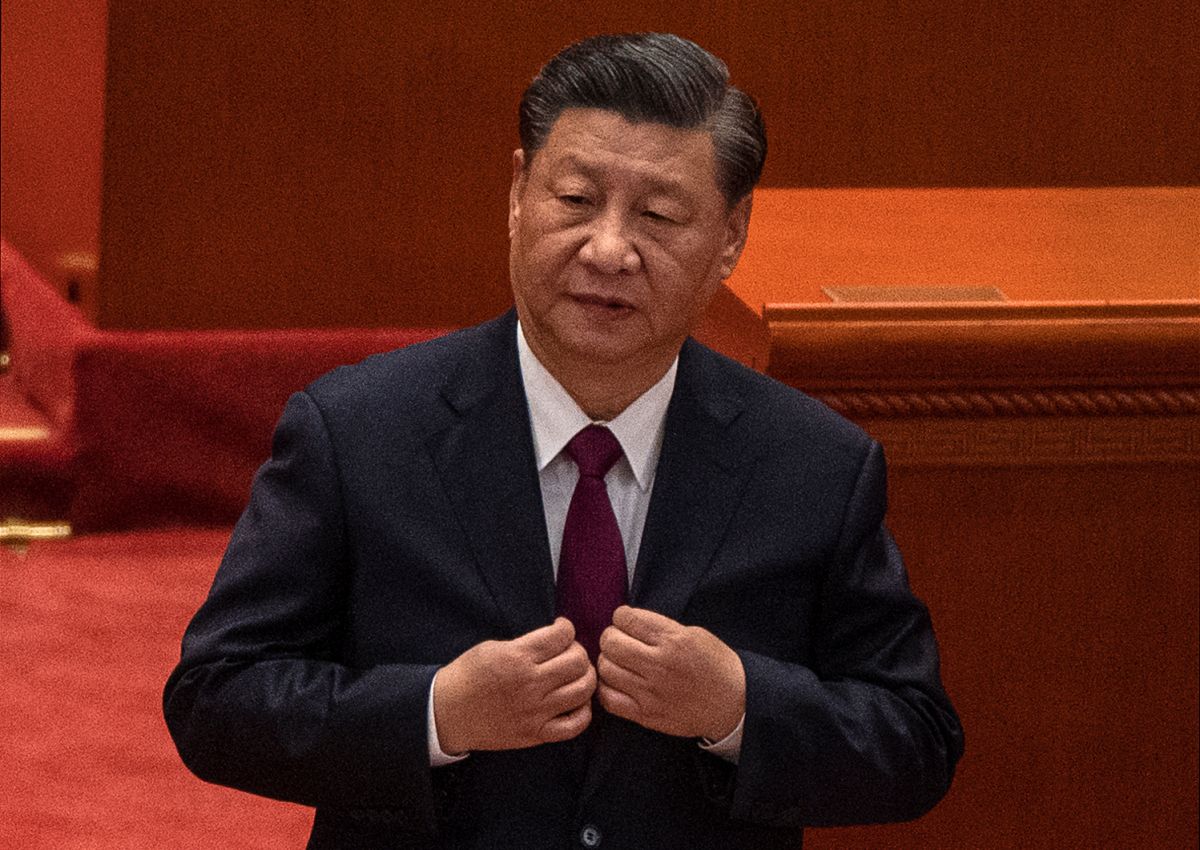 The 68-year-old Chinese president reportedly wanted to be treated with traditional medicine rather than undergo major surgery after being rushed to hospital.

According to the ANI news agency, Xi suffered the “brain aneurysm” at the end of 2021.

Rumors about Xi’s health condition have circulated for years, with fresh speculation sparked by his unexplained absence from the Beijing Winter Olympics.

In March 2019, during a visit to Italy and France, Xi was seen with a noticeable limp and in need of assistance as he tried to sit up.

Addressing the public in Shenzhen in October 2020, at the height of the Covid pandemic, observers noted his slowness of speech and cough.

Instead of learning to live with the virus, the totalitarian regime’s response to the pandemic is to aim for zero cases with tightly closed borders, mass testing, and widespread quarantines.

China’s brutal strategy sees extreme restrictions imposed on towns and cities with only a handful of infections, with entire buildings sealed off even if only one case has been recorded, as those who test positive are sent to quarantine camps.

This week, the Politburo Standing Committee warned people not to question the strict policies that have closed cities across the country.

At the same time, Premier Li Keqiang sounded the alarm over China’s “complicated and serious” labor situation caused by the lockdown measures.

The Small businesses have suffered, with 4.37 million businesses closed in China while only 1.32 million new openings were recorded.according to Tianyancha, a business data and research platform.

Xi and Li were once considered rivals for the top job, reports Bloomberg.

Richard McGregor, author of “The Party: The Secret World of China’s Communist Rulers,” said: “It is probably an exaggeration to say that Xi and Li are personally at loggerheads, but their statements represent divergent views within the system on Covid. and its impact.

“China is getting to the point where a genuine debate is needed about whether the price being paid for more lockdowns is worth the economic damage.”

The Experts have already claimed that Xi could be overthrown by rivals fed up with the country’s regime in the next 18 months..

Roger Garside, author of “China Coup: The Great Leap to Freedom,” predicted that Xi will be ousted by internal opponents within the Chinese Communist Party in a coup in Beijing.

The former diplomat believes the main threat to Xi will come “within the upper ranks” of the Communist Party.

He said China’s zero-Covid policy could be Xi’s undoing as his over-the-top strategy has “insulated the country” from the rest of the world.

Garside believes the communist regime has cornered China, as its drastic zero-tolerance approach could “implode on them or cause a political crisis.”

He said the hardline policy could inflict “heavy costs” on the economy and society as citizens grapple with rapidly spreading outbreaks and unemployment while businesses are forced to close.

“It is conceivable that their Covid-19 strategy could implode on them or cause a political crisis,” he told The Sun site.

As early as 2017, a senior Chinese official claimed that several senior members of the Communist Party were plotting to seize power from Xi.

It led to a crackdown on corruption that resulted in the arrest of three party members, the BBC reported.

A health chief also claimed Xi could be toppled if scientists prove Covid escaped from a Wuhan lab.

Jamie Metzl told LBC last year: “In China, if it were absolutely proven, I think there is a real chance that Xi Jinping will be overthrown.

“There would be reparations claims all over the world against China.

“It would be a massive geopolitical blow to that country.

“Just think of the anger that would be felt by everyone around the world who has lost a spouse, a child, parents.”