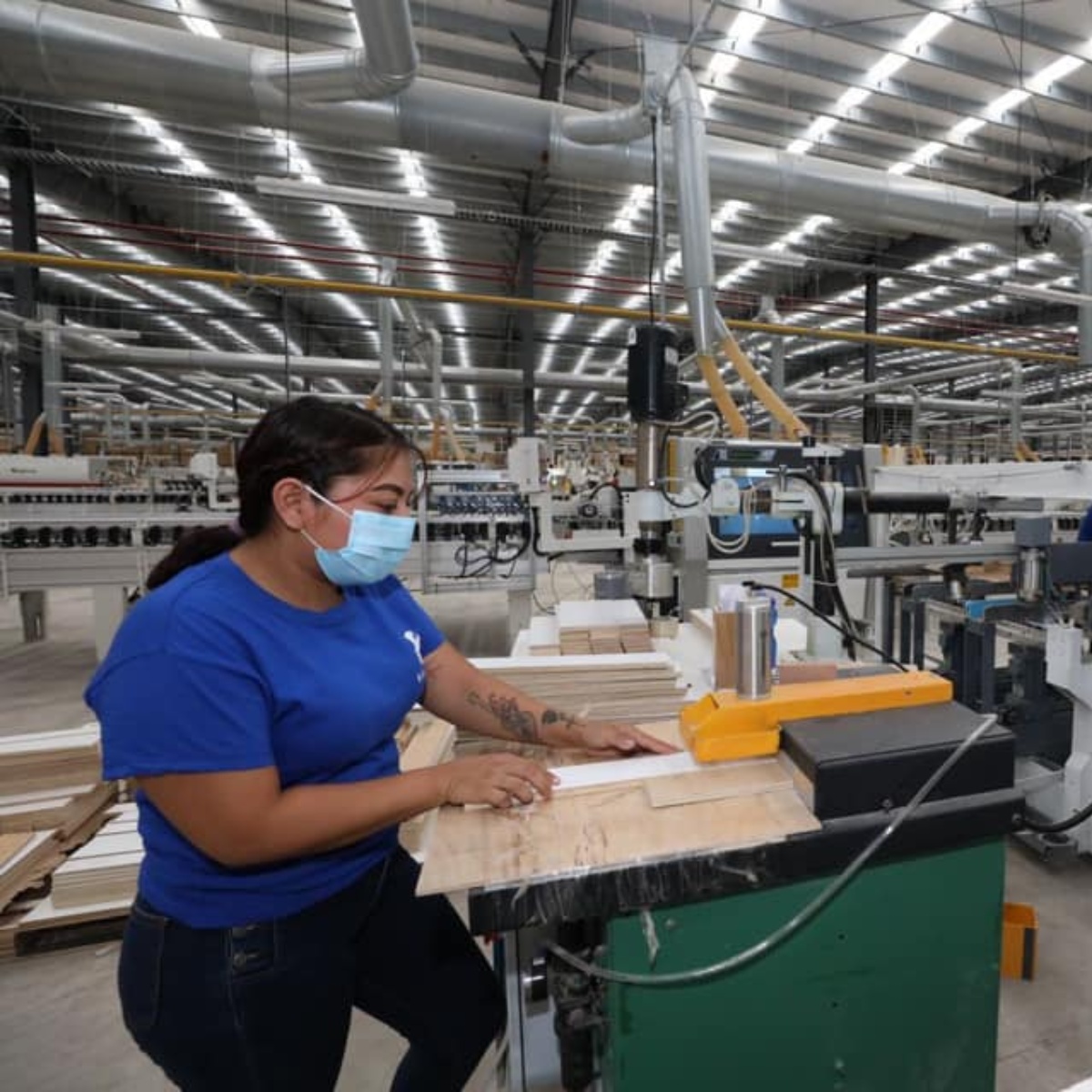 The Chinese company Woodgenix, dedicated to the manufacture of ready-to-assemble fitted kitchens, started the operation of its second production plant in Kanasín, Yucatán, where it will generate hundreds of jobs for the benefit of Yucatecan families.

During an event chaired by the Governor of the State, Mauricio Vila Dosal, the president of the Board of Directors of Woodgenix, Yinan Li, recognized the support and facilities granted by the State Government for the establishment of this project, in which invested 15 million dollars (300 million pesos).

He assured that as of this Tuesday, the challenge of the company that employed another 400 workers, is to develop a productive chain related to the sustainable supply of wood, which will provide a greater amount of jobs and economic development, to continue improving the living conditions of the Yucatecan families.

“This plant is capable of processing 6,400 sheets of plywood daily, so collaboration is necessary, not only from our workers, but from the entire state of Yucatán,” he said during his message, from the Yucatan Sky Park industrial park.

In the presence of the Director of Operations of Woodgenix in Yucatán, Guillermo Mena Rodríguez, Yinan Li commented that the Chinese company is committed to developing a new industrial cluster, related to the wood industry, which could increase the economic spill in the state, in 58 million dollars annually.

For his part, Vila Dosal stressed that one of the priorities of his administration is the decentralization of employment options, so that people who live in municipalities far from Mérida do not have to move to the capital in search of a job option, so that, with the establishment of firms like these, they can find them closer to their municipalities.

“That Woodgenix is choosing to be here in Kanasín, and that he is choosing to be in Seyé, where he will open his third plant, allows us that and here we see that a large part of his collaborators are people from the interior of the state, the vast majority, who today are finding a job with social benefits ”, He indicated.

On the other hand, he recalled that the generation of first-rate industrial parks, such as the Kanasín Sky Park, makes the world-class companies see Yucatán as a good option to invest, in addition to legal certainty, respect for private initiative and joint work that characterize the entity.

“This has allowed us to generate more than 100 billion pesos in new investments and the creation of thousands of jobs, like these at Woodgenix and others, which will come later, ”he said.

Likewise, the Yucatecan president recalled that the Ómicron variant arrived in Yucatán at the end of December, which was characterized by being more contagious and the normal cloth masks do not serve to stop the spores, so he urged the population to do use of masks that are approved by the health authority.

Finally, Vila Dosal again made his call to all those people who, for some reason, have not been able to get vaccinated, to do so through the modules that the State Government has arranged throughout the territory, to prevent the spread of infections and avoid putting hospital capacity at risk of Yucatan.

“We ask all Yucatecans to voluntarily, so that there is no need later to imposing measures that, at best, are not very popularLet’s lower our rhythm of activities, starting mainly with social ones; so that we can continue working, so that there are no limitations or restrictions in time and capacity, we need to do so ”, he concluded.