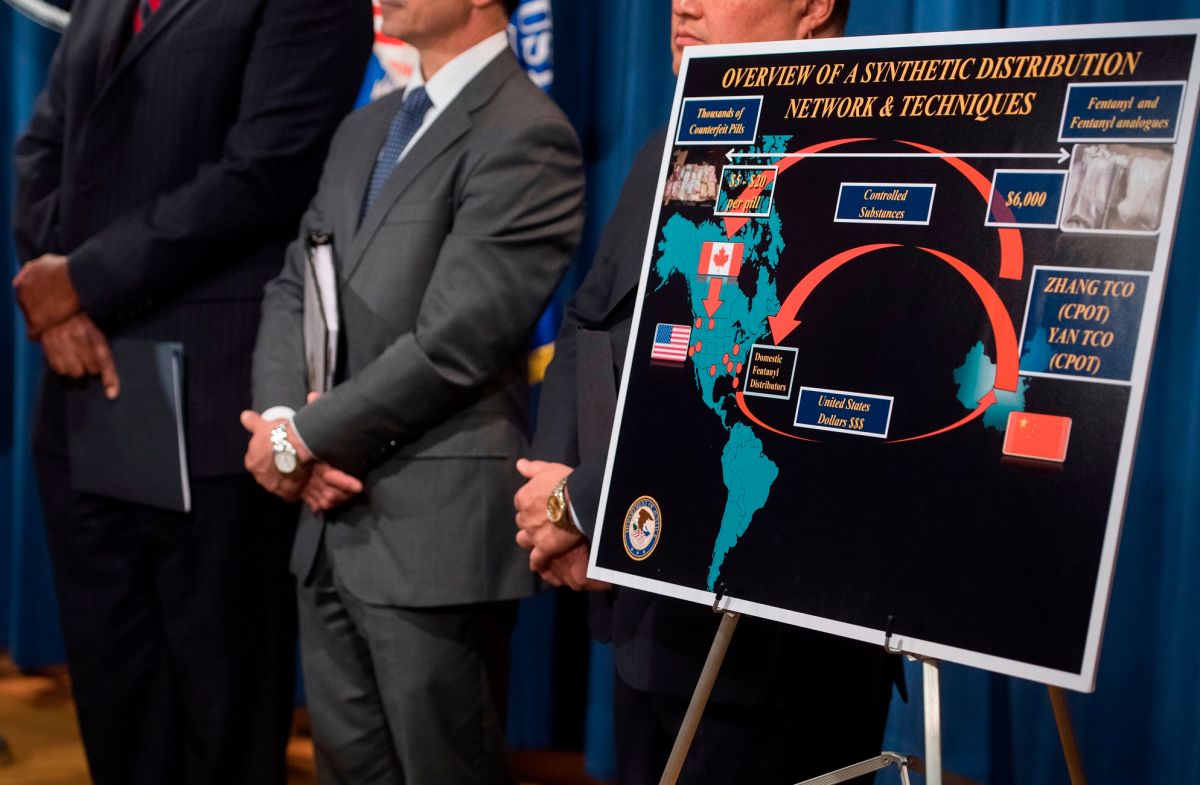 The originator of the People’s Republic of China (PRC) is a key leader of the transnational drug trafficking criminal organization Zhang.

It is indicated that between 2013 and 2016, with Zhang acted as the leader and main organizer, the Zhang criminal organization with which he imported and distributed controlled substances and their analogues in the United States.

“(This) resulted in the overdose deaths of four Americans in North Dakota, Oregon, North Carolina and New Jersey and serious bodily injury to five other Americans,” it says.

Zhang was indicted in North Dakota in January 2018 along with other American citizens, Canadians and the People’s Republic of China.

“Several of the US citizens have been convicted and sentenced to sentences ranging from 20 years to life imprisonment,” he anticipated. “This investigation resulted in charges including drug trafficking, illicit drug trafficking that caused the death and / or serious bodily injury of Americans, violations of the Continuing Criminal Enterprise statute, and international money laundering.”

The reward is offered under the Department of State’s Transnational Organized Crime Rewards Program (TOCRP), through which more than 75 transnational criminals and large drug traffickers have been brought to justice under the TOCRP and the Narcotics Rewards (NRP) since 1986.

This operation is in close coordination with the Drug Enforcement Administration (DEA), the Federal Bureau of Investigation, the Homeland Security Investigations (HSI) of the Immigration and Customs Enforcement Service (ICE) and other agencies, it was reported.