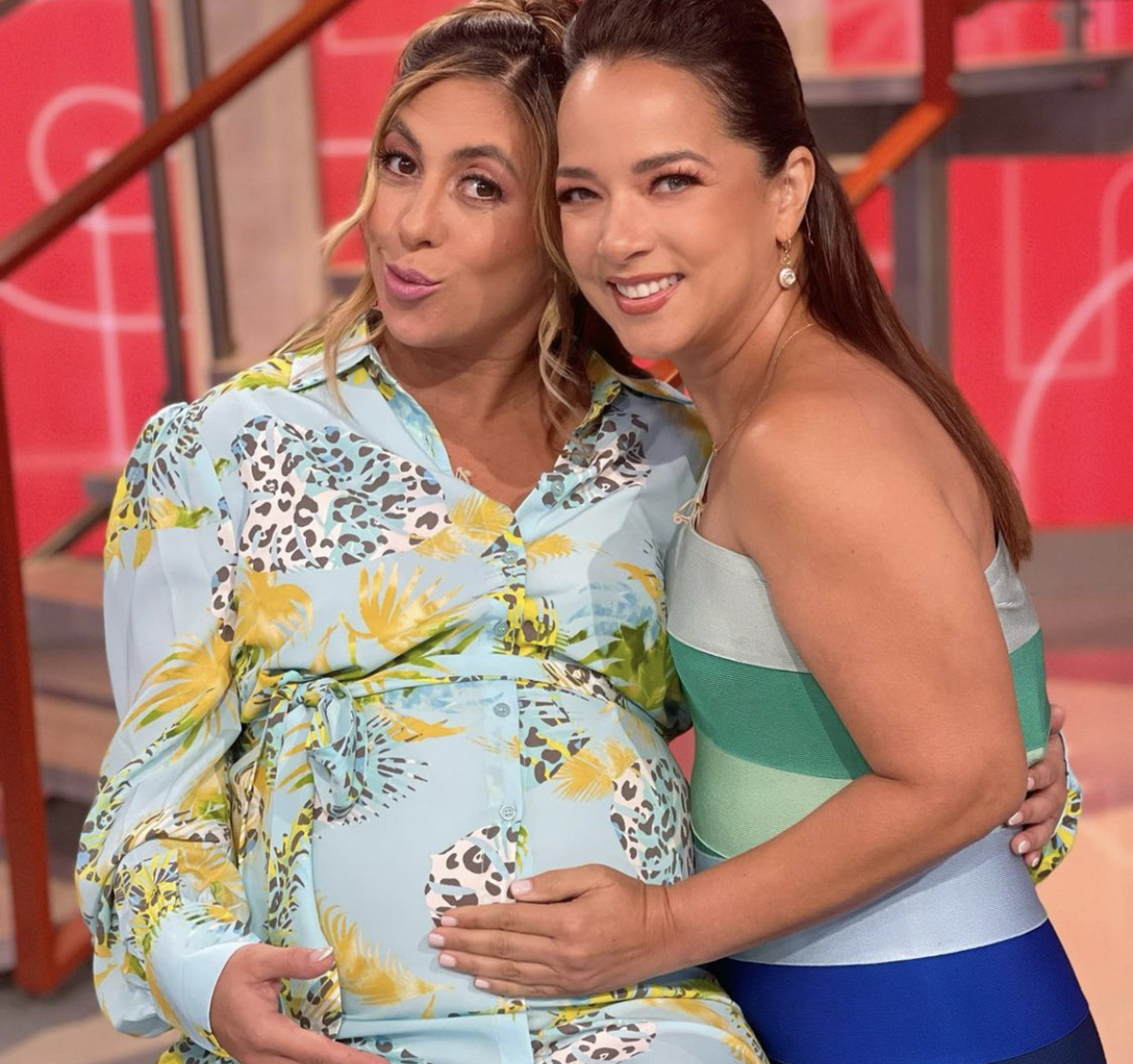 Just weeks (or hours) from being a mom, Chiqui Baby retires from ‘Hoy Día’ to have her baby, Capri Blu.

In a morning full of mixed feelings, a lot of laughter, love and many tears of emotion, Stephanie Himonidis, known to all as Chiquibaby, surrounded by her colleagues and already friends, Adamari López, Arantxa Loizaga and Nicole Suárez, gave her “see you later” .

“I cannot speak, I am very happy, I am calm, I got a little fear but a very great happiness comes, and I just want to thank each one of those who are here in the program for all the support and affection ”, Chiquibaby began saying through tears.

With the consolation of her colleagues who were as happy and excited as she was, the dear Mexican continued saying: “Not only have they given me (support) in this process, but They have given my husband and the girl all their energy, she has perceived it, and I know that it will be a very girl, very happy as long as everything goes well these days, really thank you very much”.

At that moment he took the floor Adamari, who has been his support not only in recent timesBut when she decided to try to get pregnant, he helped her with the advice in the treatment and was the one who kept her secret until the end.

“We love you so much, We are going to miss you but we know that it is going to be a wonderful stage for you, we want you to enjoy this process a lot, and when you can, share it with the ‘Hoy Día’ family, ”Ada told him.

Chiquibaby promised that the first to know about the birth of Capri Blu They would be her classmates and there she revealed something that has her anguished, perhaps because she does not quite understand the great work that comes to her as a new mother.

“It’s the first time I’ve been away from my job for so long and it’s going to be very difficult, but I’m going to enjoy it a lot.… ”, She said through tears to what her classmates reminded her that she will now have a full-time job as a mother.

Arantxa, who in these months in ‘Hoy Día’ has shown a very sweet and emotional personality wanted to say these words of encouragement:

“Do not be afraid, you are a highly prepared woman, on a professional level we admire you and as a woman you are much greater… You know that we love you very much, we love our princess, our niece and we hope you keep us well informed ”.

Capri Blu should arrive the first week of September. However, it can happen at any time from week 36, which is the one that the presenter of the Telemundo morning show is transiting.

In fact, Chiquibaby shared, these days on his social networks, that he already has everything ready to go to the hospital, when Capri decides to be born, even a suitcase full of what they both need.

LOOK HERE THE MOMENT OF CHIQUIBABY’S FAREWELL FROM ‘TODAY’: