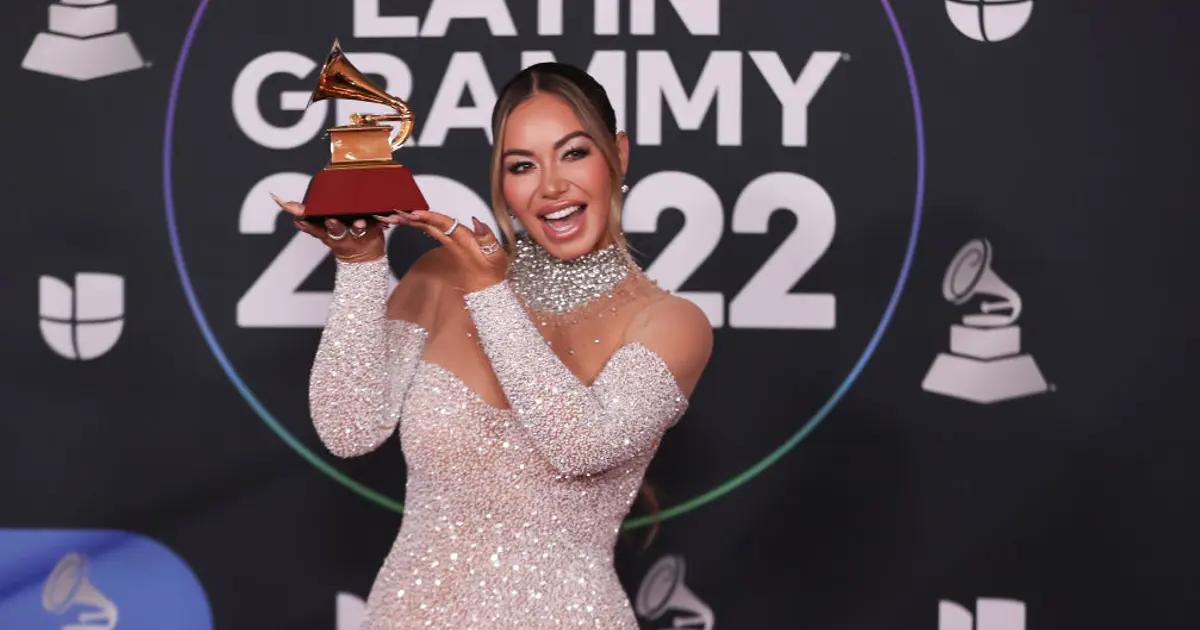 Chiquis Rivera is caught touching herself in a very sensual way. Jenni Rivera’s daughter is on everyone’s lips again. A few weeks ago, she was present at the Premios de la Radio, and recently we saw her at the Latin Grammys, where she showed off her unexpected appearance with an incredible look.

Everything seems to indicate that Chiquis Rivera was celebrating her Grammy win, as she won the award for ‘Best Banda Album,’ which makes her very happy. However, it seems that the singer was so euphoric that she even did the most unexpected thing, and it was all caught on camera.

Chiquis is caught touching herself: Nobody imagined what she was going to do…

However, hours later, through his official Instagram, the photographer posted a picture of the ‘Abeja Reina’ singer with a friend and him, but what raised quite a bit of controversy was the video he posted afterward, where Chiquis is seen a little ‘crazy.’ It is worth noting that Chiquis gave some very emotional words of gratitude after her triumph. Show News indicated that the singer was very happy and thanked her fans for voting for her.

Did she go too far? They catch her making obscene gestures

The video, which was originally shared by Emilio Sanchez, was also released by ‘La Lengua TV’ Instagram, where they wrote: “#Chiquis all unleashed in a club days after winning a #LatinGrammy.” In the images, Chiquis can be seen doing some ‘obscenities.’

She can be seen with a supposedly ‘crazy’ attitude. She touches her private parts over her clothes and opens her legs. This attitude was captured by her boyfriend when he wrote: “Mine” with a padlock, which implies that he doesn’t want to share her with anyone.

Chiquis is caught touching herself: The harsh criticism she has received

Jenni’s daughter’s attitude was criticized by some people, as many say they cannot believe that she has won a Latin Grammy, these are some of the comments that have been made: “How could someone like her win a Latin Grammy? ”, “The language of the body, the one who understood understood”.

“It’s the only thing it’s useful for because it’s useless for more, the stepparents or talent are low,” some users expressed about the video of Chiquis without any mercy. The singer, however, has not spoken about it, as she continues to celebrate her triumphs.

The phenomenal dress that chiquis wore at the awards

According to Univision’s website, at the Latin Grammy Awards, Chiquis wore an incredible gold dress by designer Rey Ortiz, who has worked for none other than Kylie and Kriss Jenner. In addition, the source mentioned above reported that it was one of the most beautiful designs she has ever worn.

“So, Chiquis not only looked like a trophy in Rey Ortiz’s custom style by Richard A. López, she also won the Latin GRAMMY. Congratulations on your night!” the designer wrote on his Instagram account, Univisión indicated.