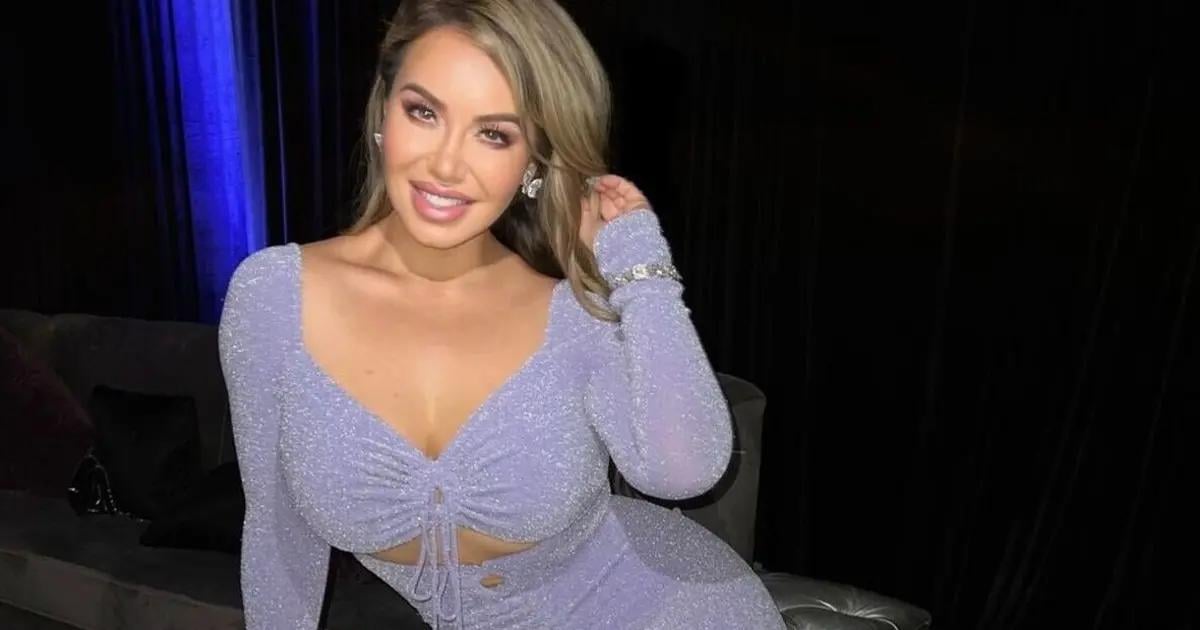 Singer Chiquis Rivera looked spectacular on the red carpet of the prestigious Latin Grammy Awards, grabbing all the attention with her extravagant gold dress, accentuating her new figure, and wearing a smile from ear to ear for the great news.

The American celebrity was seen in an incredibly long gold dress, very striking for the style in which it would look, strapless and with a large ornament on the left shoulder, adjusting to the curvaceous silhouette of the 37-year-old singer, but with a slightly longer tail.

Chiquis Rivera gathered her hair in a neat loop, leaving some unruly strands on the sides of her beautiful face, with marked and spectacular makeup. Since she stepped on the red carpet, the media did not stop photographing her.

The beautiful smile never left the face of the singer of “Entre Besos y Copas,” because while she was getting ready for the red carpet, she was watching the ceremony and found out that her studio album “Abeja Reina” had won a Latin Grammy award.

She was so excited that she overflowed some tears because of how happy she was for this positive news. Throughout 2022, Chiquis Rivera has been focusing purely on her artistic career, focusing on her album; however, she has also released more music.

As if that wasn’t enough, Jenni Rivera’s eldest daughter is also nominated for the Grammy Awards for the first time. She told them as soon as she found out, almost on the verge of tears, because she couldn’t believe that so many good things had happened to her.

Without a doubt, Chiquis has made her fans very proud of all the changes she has gone through; her career is expanding in a remarkable way, which was noticeable this year.