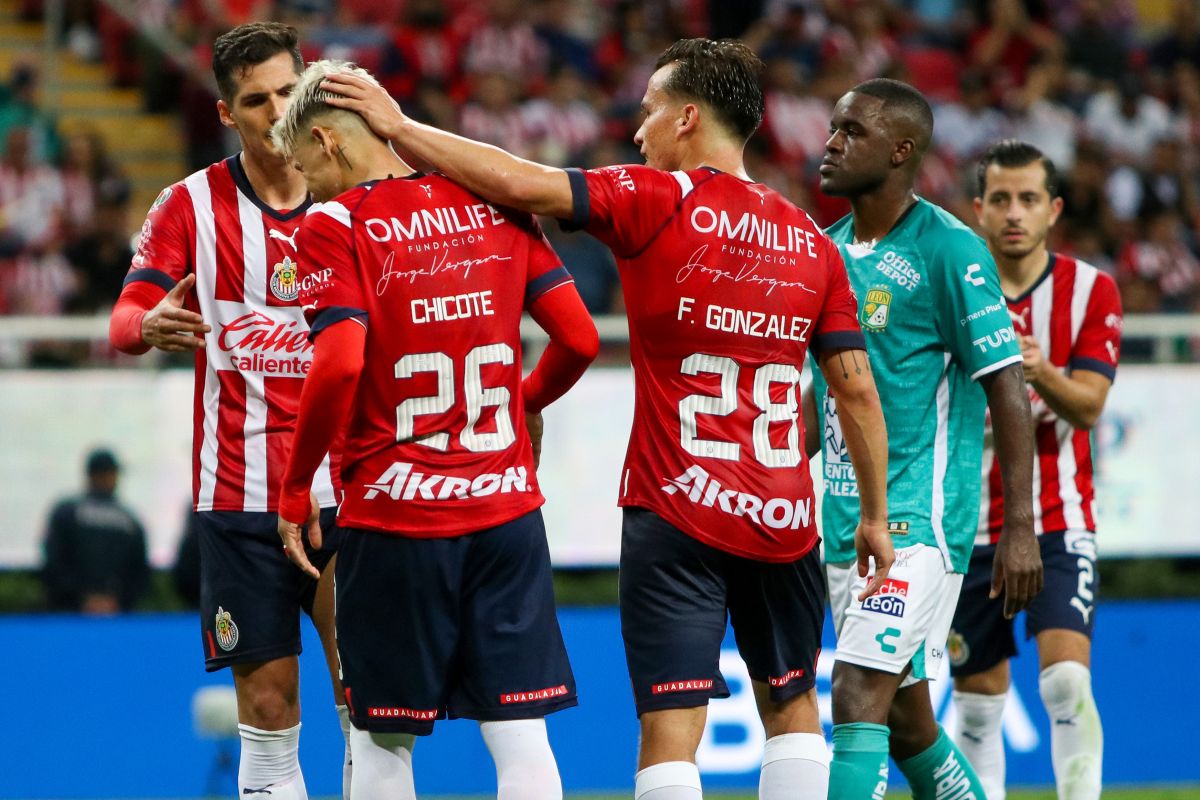 The goalkeeper Rodolfo Cota Christian Calderón was saved by a penalty and the León drew a goalless draw at the Chivas stadium in Guadalajarathis Wednesday at the start of the fourth day of the Opening of the Mexican soccer.

In the first half, León had possession of the ball 59-41, but it was the home team that created danger in the rival goal, with nine shotsthree to the goal, none for the visitors.

Jesús González headed in stoppage time and Cota cleared, in the clearest move by Chivas before the penalty, in which the goalkeeper stopped Calderón’s charge at the close of the opening half.

In the second half, León dominated in midfield and created danger in the area defended by goalkeeper Miguel Jiménezwho in minute 53 saved Chivas, by clearing a shot by Ecuadorian Ángel Mena from a pass by Chilean Víctor Dávila.

In minute 65, defender Luis Olivas was expelled and left Guadalajara with one man less on the pitch León repeatedly entered the left wing, however, he lacked forcefulness against a Guadalajara that defended well and avoided the setback.

With the result the Lion of the Portuguese coach Renato Paiva rose to the fifth seat with one win, three draws and six points, twice as many Guadalajara, fourteenth in the standings.

This Thursday the Monterey Striped of the Argentine striker Rogelio Funes Mori, fourth in the standings, will visit the Queretaro with the purpose of adding three to jump to the first place and on Friday the Mazatlan will receive Santos Laguna and Necaxa will host Juárez FC.

The Saturday day will be four games, including two of the most anticipated of the weekend. Leader Puebla will visit Cruz Azul and the champion Atlas to the UANL Tigers.

Puebla, directed by Argentine coach Nicolás Larcamón, adds two wins, one draw and seven points, the same as Pachuca. This Saturday the Larcamón team will enter the stadium of some Blues, who have shown ups and downs.

The Atlas, with a win, a draw and a loss, will seek to impose conditions at the home of the Tigres, in another long-awaited duel. The Toluca will host Santos Laguna and the America to the Xolos of Tijuanain the rest of the Saturday meetings and on Sunday the Pachuca will host Pumas UNAM.

You may also like:
The Chivas de Guadalajara wanted to make fun of the Águilas del América, but they were trolled on social networks
· Hard blow to Aztec pride: Míchel explained the reasons why José Juan Macías failed in Europe and splashed all over Mexican football
· Guillermo Ochoa almost went to blows with Jack Grealish: the fever was not lacking in the game of the Águilas del América